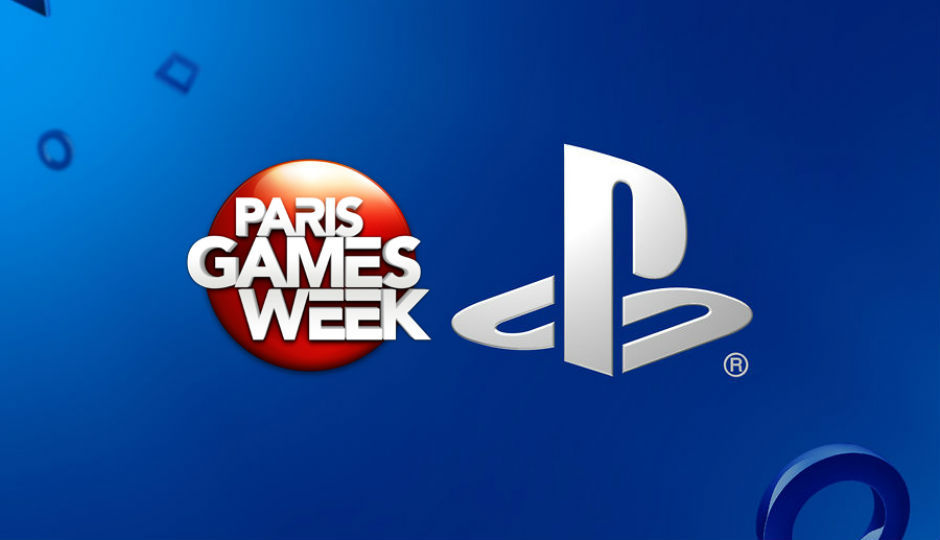 Paris Games Week is on, and Sony took the stage to showcase its new PlayStation games line-up. Here is a quick look at all that we are excited about!

Sony kicked off Paris Games Week with a two-hour-long press conference, where the company not only showcased a potpourri of games, but a lot of PlayStation VR content, too. We finally have a release date for 'No Man's Skies' and 'Uncharted 4: Multiplayer' has us excited like 5-year olds. But, that’s not all. We also got a glimpse of the upcoming 'Ratchet and Clank' game, as well as Dhalsim in action, in 'Street Fighter V'. Here is a look at our pick of seven games that we are excited to get our hands on, which were showcased by PlayStation at the Paris Games Week.

Call of Duty Black Ops III
Once the star of Microsoft’s press conferences, Call of Duty: Back Ops III has been one of the show stoppers at Sony’s press conferences since E3 2015. In the trailer, we take a look at “The Giant” Bonus Map, which picks up the Zombies story from where Origins left off. Set in a World War II-era research facility, gamers have access to a large arsenal of weapons, and hoards of zombies to take down!

Uncharted 4: A Thief’s End Multiplayer
No PlayStation conference can be complete without a showcase of 'Uncharted 4', and this time, we got a glimpse of the multiplayer modes that the game will offer. We will let the video do all the talking.

Street Fighter V
In the trailer of Street Fighter V, we get a glimpse of yoga master, Dhalsim! The character has an all-new look for the game, but his moves are still the same – long legs, long arms, and the ability to breath fire. This is one video that will keep you at the edge of your seat!

Ratchet and Clank
Considered as a reboot of the age old franchise, the game of Ratchet and Clank is releasing simultaneously with the movie. Once again, you don the roll of the Lombax Ratchet, and the story follows his journey as he teams up and meets his best friend, who is also a robot – Clank. The dynamic duo are tasked with saving the galaxy from the evil Doctor Nefarious. The game is as cute and cuddly as ever.

Matterfall
A new intellectual property for PlayStation, the trailer shows us some interesting mechanics. MatterFall follows an unexpected hero fighting for survival on a ravished sci-fi world, infected by mysterious, deadly alien material known only as 'Smart Matter'. Is this the 'sci-fi matter' game we have all been waiting for?

PlayStation VR
We can’t wait to put on a VR headset and delve in the virtual world like Jonny Quest, but until that day arrives, we will have to make do with the PlayStation VR. Here is a look at Untill Dawn: A Rush of Blood. It is just one of a number of PlayStation VR titles on display at the Paris Games Show. A horror game in a VR Headset, we hope it won’t give too many heart attacks around.

Battleborn
Set to hit consoles in 2016, Battleborn talks about the universe that was once filled with stars. “Then, some jerk started snuffing them out, one-by-one. Eventually, the Battleborn assembled as a team to save the last star, and fight for the survival of the universe”. So yes, your fight is for the last surviving star, the poor, lonely little thing. Battleborn has three competitive multiplayer modes – Capture, Incursion, and Meltdown. You can take a look at the action-packed trailer, below.