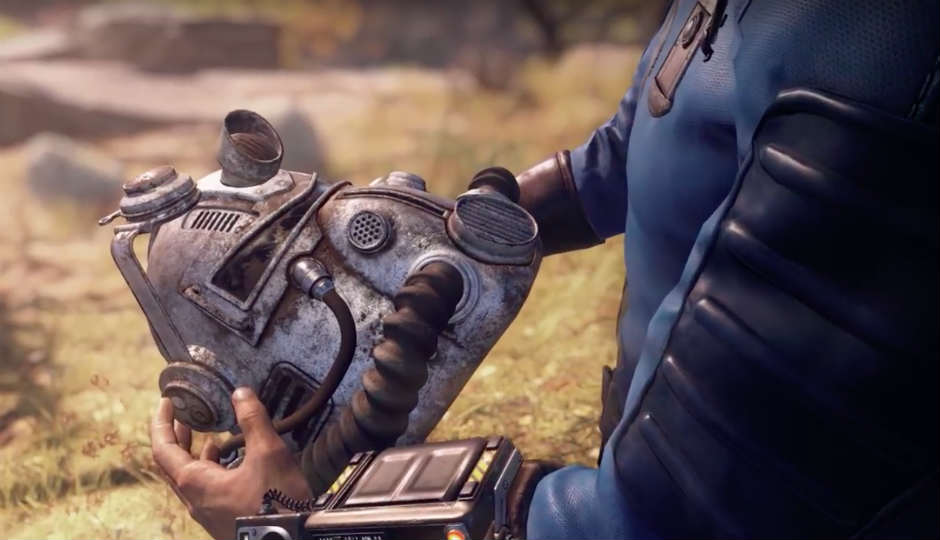 From a sequel to Doom and Wolfenstein to the much-anticipated Fallout 76, Bethesda showed off some interesting games and a very interesting Alexa demo.

Bethesda as a publisher has a large library of games under its umbrella which include Doom, Wolfenstein, Quake, Prey, Dishonored, Elders Scroll, Evil Within, Fallout 76 and many many more. A lot of these franchises saw love from the publisher at E3 2018 and we will run through all the games that were shown off at Bethesda’s E3 2018 press conference.

Walmart leaked a bunch of games, one of which was Rage 2. Bethesda was sporting enough to joke about it on Twitter and even at the E3 briefing, the publisher took a playful jab at the retail giant about the leak. Coming to the game, you don the role of Walker a pissed off young fellow born in the wasteland and will do whatever it takes to survive. You drive cars that have lots of guns, carry guns that can be customised and also some special powers to tip the tide of battle in your favour. The game looks fast paced and we can’t wait to get our hands on it in 2019.

If you wanted a sequel to doom, you got it. Titled Doom Eternal, developer ID software promises that we will get more demons, more guns and bring hell on earth this time. A teaser of the game was shown with more details set to be revealed at Quake Con 2018 which will happen in August.

Youngblood is set in the 80’s and yes, the pesky Nazi are still dominating the world. You don the role of B.J. Blazkowicz’s twin daughters in the game. You can play the game solo or in co-op in 2019.

Probably the most anticipated game from Bethesda, Fallout 76 is a prequel to all other Fallout games. Set in set in West Virginia, this is the largest Fallout map we will see. The developers say that the best way to experience Fallout 76 is with friends but if you like, you can venture the post-apocalyptic world alone.

If you were looking for an excuse to revisit Prey, then Arkane is bringing a bunch of modes to Prey. You will get a New Game+ mode and a survival mode for free and those interested can check out the paid DLC called Mooncrash. The Mooncrash DLC is available today.

If you are looking for an Elders Scroll experience on your smartphone, the you may want to check out Elder Scrolls: Blades. A cool thing about the mobile game is that it can be played in both portrait and landscape. The demo showed some town building and combat. Blades is set to release in the fall for mobile devices for free.

Teased as a “next-gen” game at E3 2018, little was shown about Starfield. It looks like Bethesda wanted to put rumours to rest and make the game official. Nothing apart from a teaser of the game was shown – no release date or platforms.

Another game that was simply teased was The Elder Scrolls VI. Once again it looks like the developers wanted to put rumours to rest and reveal the game. Nothing of the game is known except for the name.

As a fun joke, Bethesda showcased what an Alexa powered Skyrim game would look like. Rather than telling you, we suggest you take a look at the video below.

If you want, you can watch the complete Bethesda Press conference below. You can read about everything Microsoft announced at E3 2018 here.