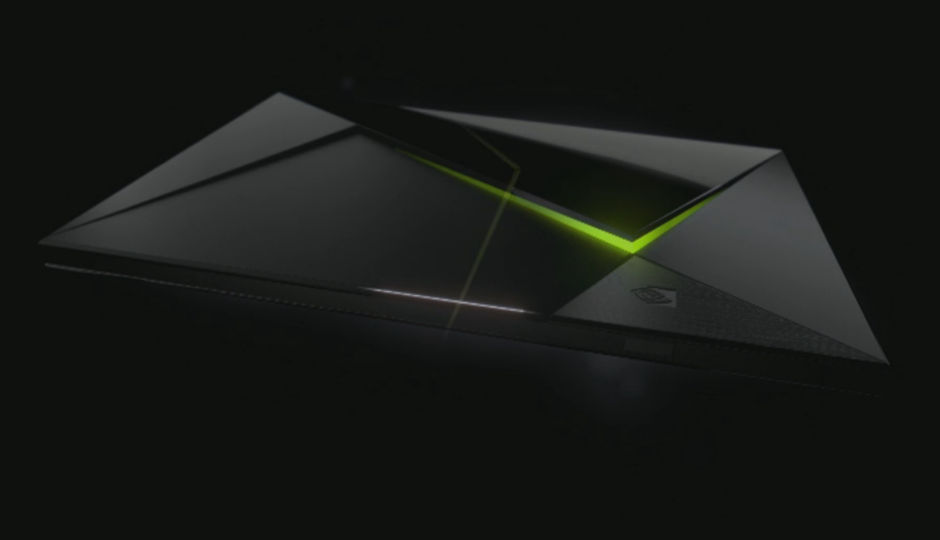 There have been plenty of exciting announcements at the GDC (Game Developers Conference) so far and today morning it was NVIDIA’s turn to unveil a whole new ecosystem around the SHIELD of which we have seen and heard quite a lot. This news provides a much needed positive outlook in the wake of the recent GTX 970 controversy. 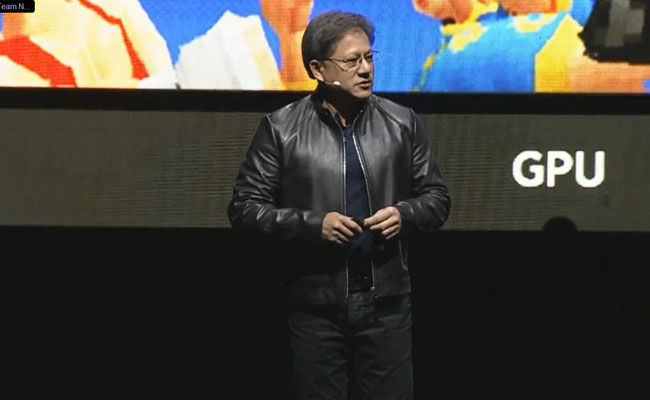 The event began with Jen-Hsun, CEO, NVIDIA coming onto the stage to highlight three major points around the SHIELD console and they are: 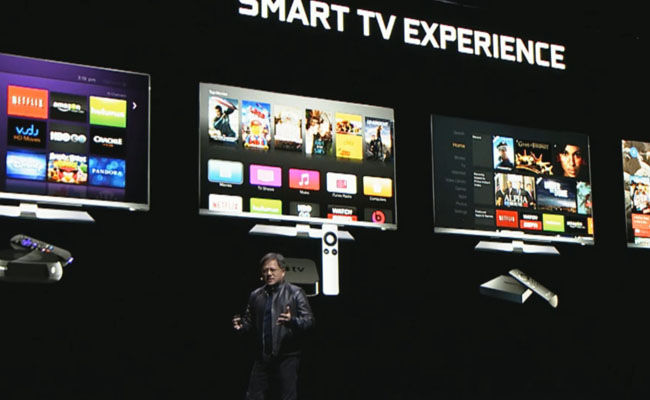 Jen-Hsun then gave a brief history lesson on the evolution of gaming from a niche segment to one of the biggest in the world today and highlighted NVIDIA’s role in all of it. All of which has culminated into the launch of the NVIDIA SHIELD console. 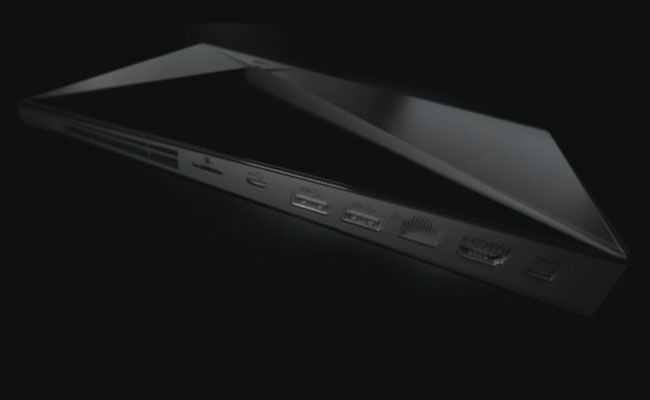 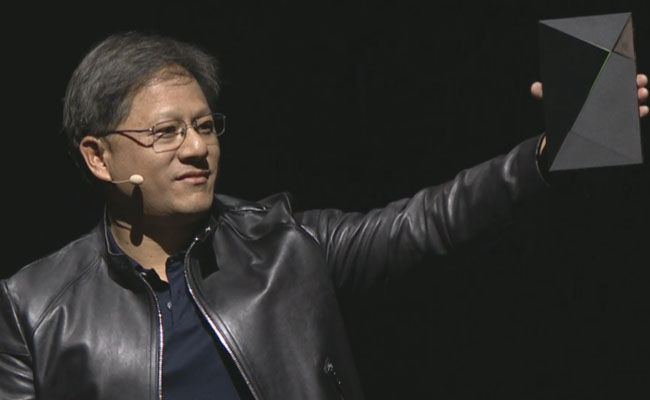 The SHIELD has a very slick look and the one that that becomes readily apparent is the small size of the device. It’s no surprise that the device would be this small since the hardware is akin to those found in tablets. The design of the device had to be such that it be performant while having an elegant body. By the looks of it, the SHIELD too has gone the same way as the XBOX ONE and the PS4 in terms of design with sharp edges, matte finish and oblong slits for ventilation. 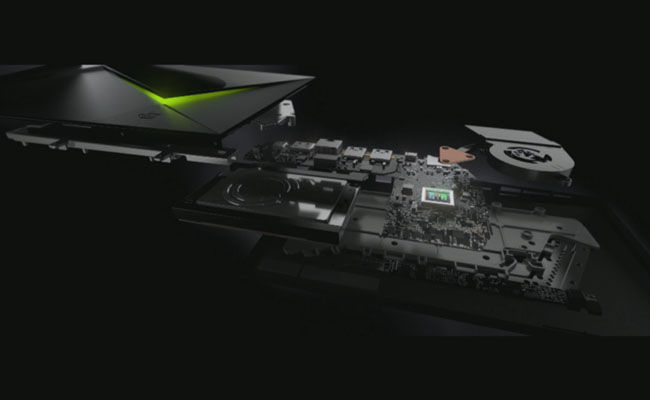 Here are some of the specs which were unveiled at the event. 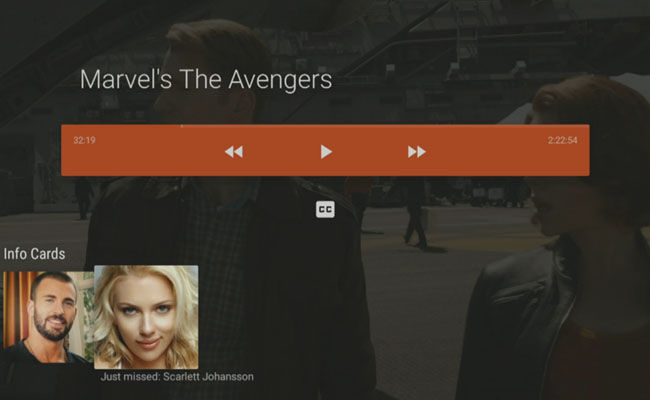 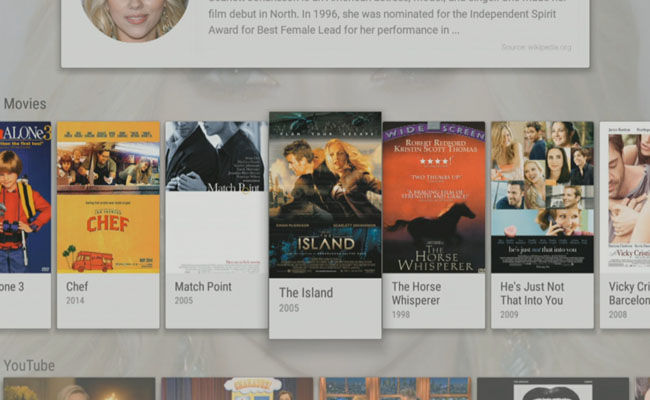 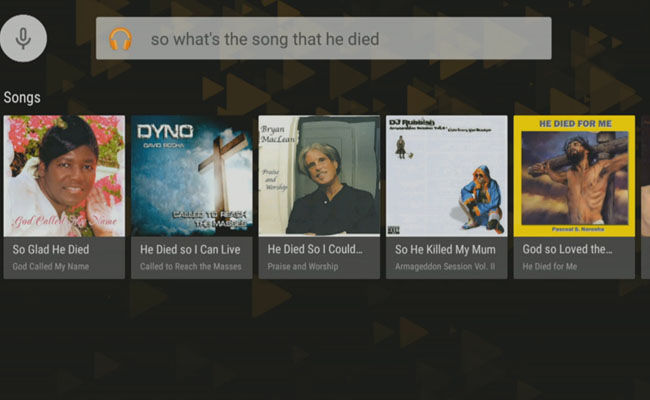 Jen-Hsun then proceeded to demo the UI of the shield after unveiling the remote control for the SHIELD. NVIDIA’s claims to have put in a high data-rate bi-directional microphone for voice enabled functionality which seems to run off of Google Now since the device is Android based. The remote sports a very minimalist design with just five buttons on the front – D-pad, select, back, home and microphone activate. The lower half of the remote has a ridge which is a touch sensitive volume control so sliding your finger along the ridge is how you’d go about messing with the levels. The rear of the remote is made of a single aluminium piece. There is a secondary microphone for chatting and it also has a Bluetooth receiver for headsets. Lastly, the remote has a rechargeable battery with a micro-USB port. 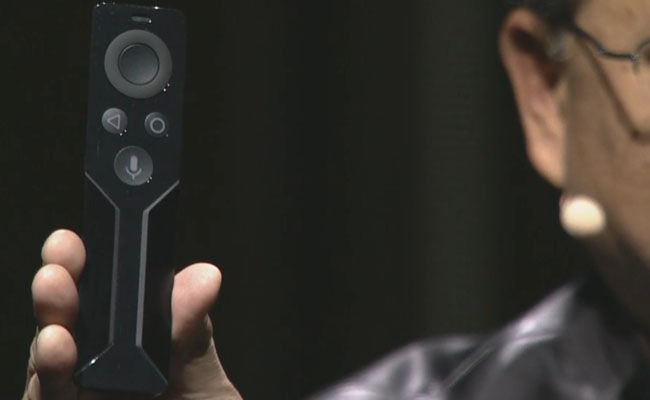 The focus then shifted towards the gaming capabilities of the device. With the SHIELD, NVIDIA hopes to affect the same change that Netflix did to the video ecosystem and Spotify did to the music ecosystem. Given NVIDIA’s vast experience in making GPUs it was no surprise when the Tegra’s performance was shown to be 35 times greater than what the Apple TV is capable of. However, there was a caveat – the benchmark used was quite old because it was the only one that would run across all TV hubs. Current gen benchmarks, if and when they release for all platforms, might have a slightly different story to tell.

The Tegra X1 that sits at the heart of the device is based on the same Maxwell architecture that we’ve seen in the GTX 960/970/980/750/750Ti. Essentially, it performs the same as the previous generation but is a lot more efficient in terms of power and output/core. Since the SHIELD is a console, it was compared with the Xbox 360 and is reportedly capable of crunching twice the amount of numbers at one-fifth of the power. Needless to say, a Maxwell based chip should also run cooler in comparison to the other consoles. This is one of the main reasons why the device could be so small. 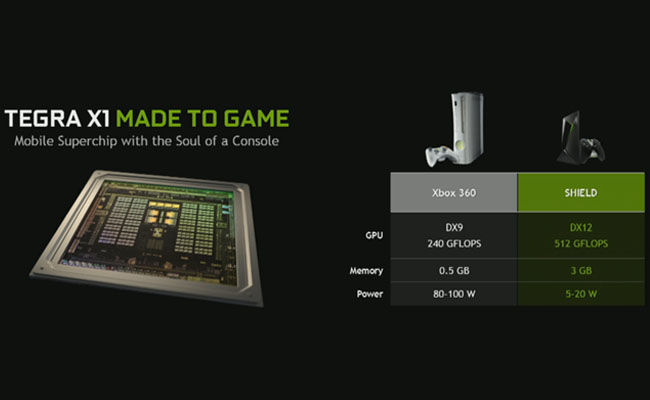 No announcement of a console could be complete without a controller. The SHIELD controller is the same that was launched with the SHIELD Tablet 8. It has a very simple layout with two analogue sticks, a D-pad and four buttons on the front with triggers and shoulder buttons on the top. Just like the remote, the controller uses Wi-Fi direct to communicate with the SHIELD. This results in a reduced latency compared to other protocols. Also present is the voice functionality which we saw earlier along with a secondary microphone for chatting. 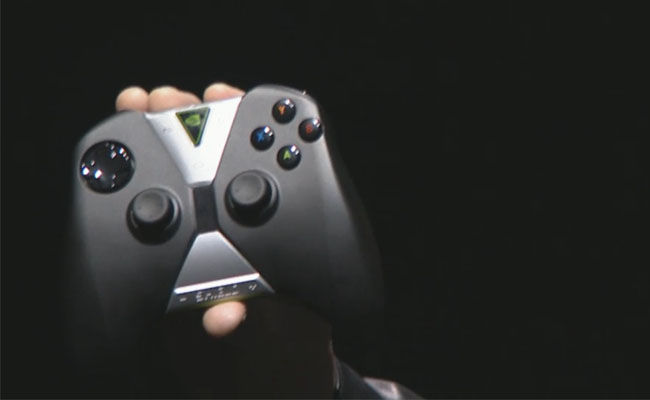 We then saw the NVIDIA Store which will have 50 titles at launch though quite a few of them are already available on the Android store. XBOX ONE had 22 launch titles and the PS4 had 26 launch titles. NVIDIA seems to have outdone both major players in this aspect and claims that another 50 will be added to the mix by the end of the year. 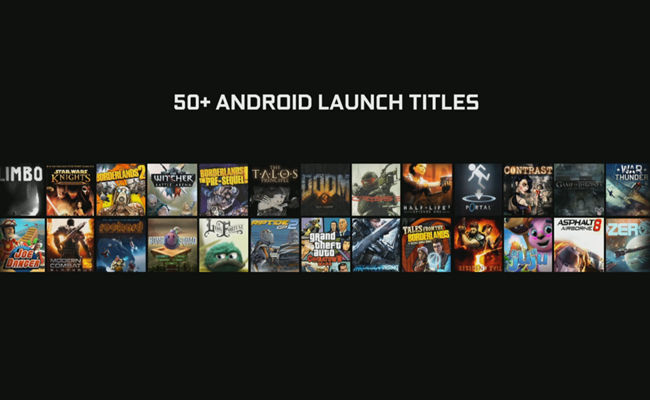 Here are some of the AAA games that you can look forward to:

We then had a few game studios talk about the console before going on to demonstrate some of the games that have been ported onto the console. 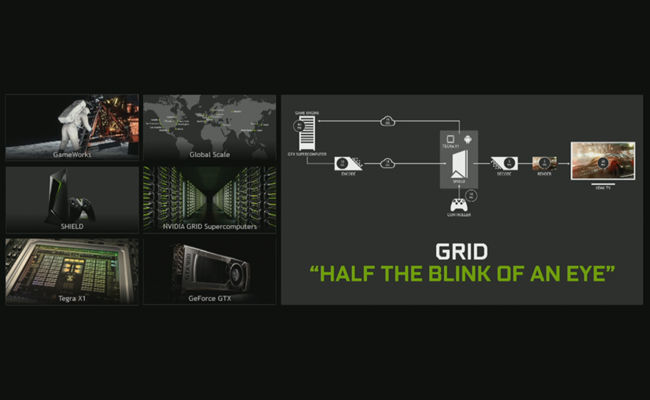 The last highlight of the event was the announcement of NVIDIA GRID which is a GaaS (Gaming as a Service) and is going to be a subscription based service. NVIDIA has partnered with Amazon to host their GPU clusters in Amazon’s data centres across the world. The service enables you to purchase games on the SHIELD STORE and play them instantly, there is no waiting time for downloads since the entire computation is happening at Amazon’s AWS and just the video stream is being sent to the SHIELD console. There are going to be two subscription tiers:

This was again followed by demonstrations by different game studios who had already ported their games for the SHIELD console. The streaming service was reportedly capable of maintaining a latency of 150ms during the event but that is dependent on a lot of external factors and experiencing the same level of fluidity wouldn’t be possible all over the globe. The SHIELD STORE goes live in May 2015. 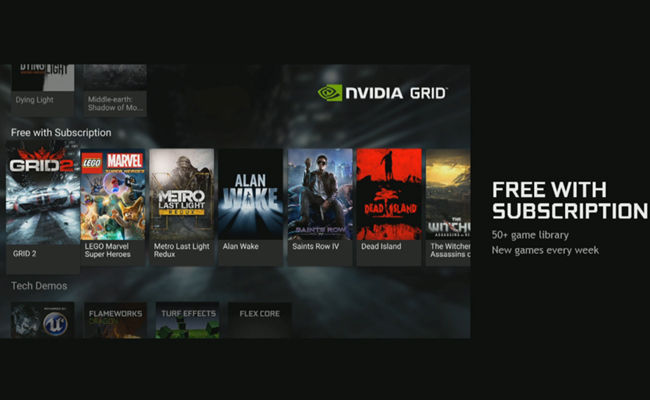 The SHIELD console along with one controller is set to retail at $199 (Rs.12,323) in May 2015, the remote is an optional purchase. This is half of what the XBOX ONE and the PS4 retail for in the US. Availability in India is still unknown at this point though an approximate estimation would put it somewhere around Rs.20,000. We do not know if the $199 price tag would carry an introductory GRID subscription. 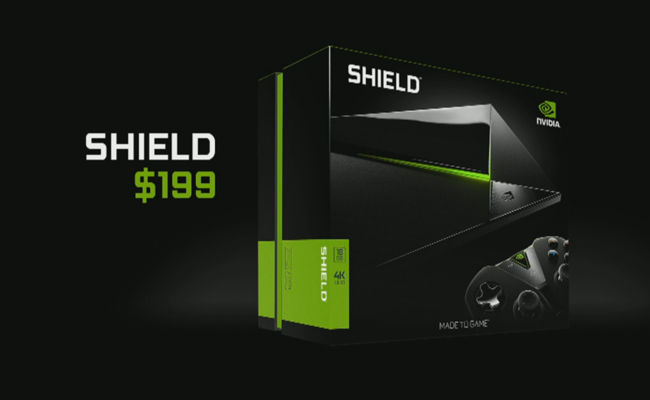 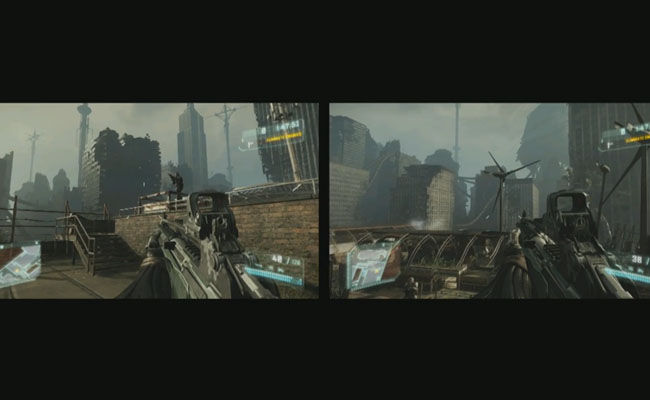