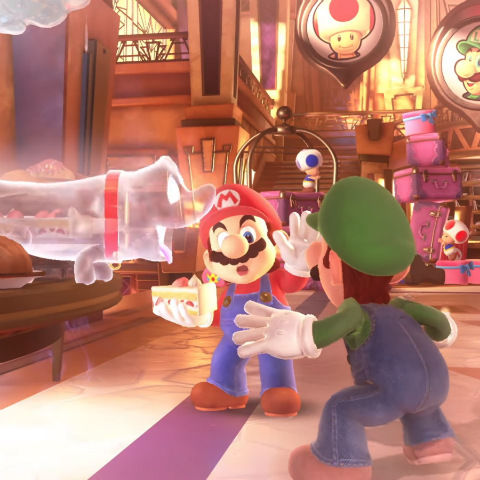 The Nintendo Direct E3 2019 stream was home to a lot of games coming to the Nintendo Switch. We have a direct sequel to Legend of Zelda: Breath of the Wild. We also have new gameplay for Luigi's Mansion 3.

E3 2019 briefings have come to an end with Nintendo being the last one to make their announcements. Even though we were expecting a Switch 2 to be teased, Nintendo did no such thing focusing on three things during the stream - games, games and more games for the Nintendo Switch. After the announcement, the Nintendo Switch has become an even more attractive proposition for those looking for a handheld gaming console. More than 30 announcements were made by Nintendo. Let's break down the important announcements.

Zelda: Breath Of The Wild Sequel

The world of the Witcher 3: Wild Hunt is vast, open, and filled with varied quests for you to complete. There are a few of us here at Digit that haven't completed the game and it's not for lack of trying. Those of you looking to take the adventures of Gerald with you on the go can now do so. The Witcher 3 Wild Hunt - Complete Edition is coming to the Nintendo Switch in 2019.

The RPG adventure game, DRAGON QUEST XI S: Echoes of an Elusive Age is making its way to the Nintendo switch. The official description of the game reads, “Embark on a grand and epic quest as the Luminary—the hero chosen by Yggdrasil, the world tree, to save the world of Erdrea from an evil fate. The Nintendo Switch version boasts all the sprawling content of the original game along with new content – bonus character-specific stories,  additional monsters to ride, ability to speed up battle sequences, and side-quests to journey into past DRAGON QUEST worlds.” The game will release for the Nintendo Switch on September 27, 2019.

In Luigi's Mansion 3, Luigi has been invited to a mysterious house with his friends. His friends disappear in the dead of night and it is up to Luigi to save his friends and fight the ghosts. Luckily, he’s got a few tricks up his sleeves. Luigi's Mansion 3 will launch for the Switch in 2019.

Spyro the Dragon was a household name for PlayStation One Players back in the mid 90s. Today, the remastered trilogy is available on all home consoles and will be available for the Switch in 2019. The Spyro trilogy will make its way to the Switch on September 3, 2019.

Alien Isolation is quite a scary game and it is now making its way to the Nintendo Switch. The game is set to launch in 2019 and we can't wait to see how the jump scares are replicated on the handheld console.

Get ready for the new Just Dance 2020! Use the joy con controllers of the Switch to grove to your favourite music. Who said dancing and gaming didn’t go hand in hand?

10 classic Contra games in one package is coming to the Nintendo Switch. You don't need to wait for a release date of the game. It is out now for the Switch.

If you are looking forward to the Netflix series, The Dark Crystal: Age of Resistance, then you may want to check out the strategy game with the same name for the Nintendo Switch. In the Dark Crystal: Age of Resistance Tactics, players will experience the fantasy world of Thra by playing through–and going beyond–the events of the series. Players will also have the opportunity to encounter new playable characters, stories, and environments. The game will release on the Nintendo Switch in Q4 2019.

There a few more announcements which you can check out in the Nintendo Direct E3 2019 stream below.