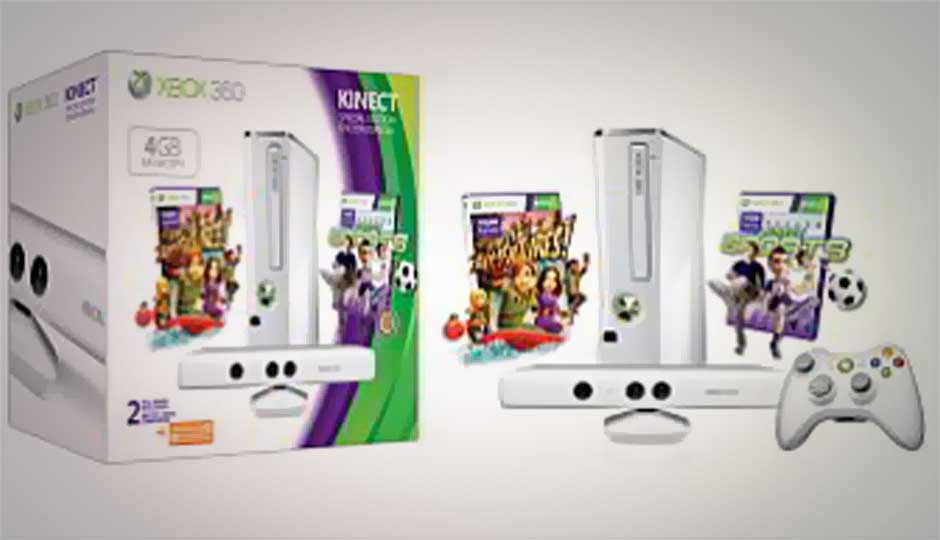 Microsoft India has launched a 4GB Kinect (White) Sports Value Bundle in India. The bundle includes a 4GB Xbox 360 console and one controller, along with the Kinect sensor, and two gaming titles - Kinect Adventures and Kinect Sports. The package also includes an Xbox Live Gold subscription for three months. The package is priced at a Rs. 24,990. The bundle is available at all retail stores throughout the country.

“Our constant effort is to ensure we bring the latest in interactive entertainment to India and we are excited to bring in limited edition the 4GB Kinect (White) Sports Value Bundle. The bundle is of exceptional value and packs a punch with Kinect Sports that has sold more than six million games to date, Kinect Adventures and Xbox LIVE Gold subscription at no additional cost. With this, Indians will have more color options to beat the summer heat and fit in with their personal preferences.”

With this bundle, users get an Xbox 360 experience including controller-free gaming on the Kinect. With the three-month Xbox 360 Live Gold subscription, users can play multiplayer games online as well as connect to social networking accounts such as Facebook and Twitter.

Kinect Sports which brings 6 activities on one disc includes Bowling, Boxing, Track & Field, Table Tennis, Beach Volleyball and Soccer/Football. Also included is Kinect Adventures that gives players a series of mini game challenges, which will make you jump, duck and do crazy things in front of your TV screen.