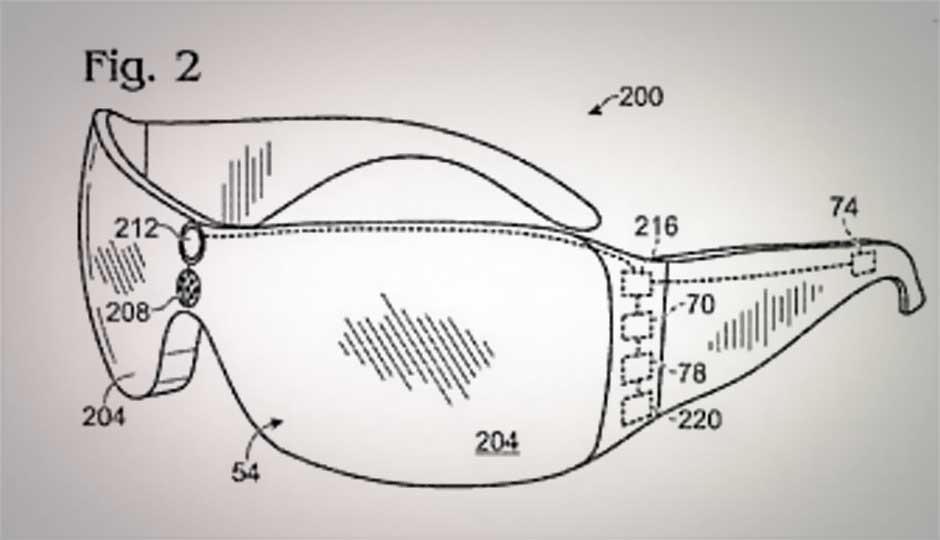 Microsoft has applies for a patent on augmented reality glasses, and there is high possibility that glasses could function as an Xbox accessory, used for multiplayer gaming.

In an attempt to thwart Google Glass, Microsoft seemingly has plans to develop its own augmented reality glasses. Microsoft has filed a patent for such smart glasses, and the glass-based AR technology may be used in future game development.

The patent drawing reveals a pair of augmented reality glasses that looks very similar to your everyday pair of shades. As AR would only add extra information on the screen, the actual view stays realistic. A device like this could be helpful to provide details, but Microsoft clearly intends to use it for multiplayer gaming.

The camera and the phone have been integrated, as well as sensors that can be found around the frame. The speakers are placed next to the ears. The filing discloses the fact that the glasses would be able to identify voices and faces, as well as calculating depth.

It's still a mystery as to what Microsoft plans to do with these glasses, there is a high possibility that the glasses might function as an Xbox accessory.