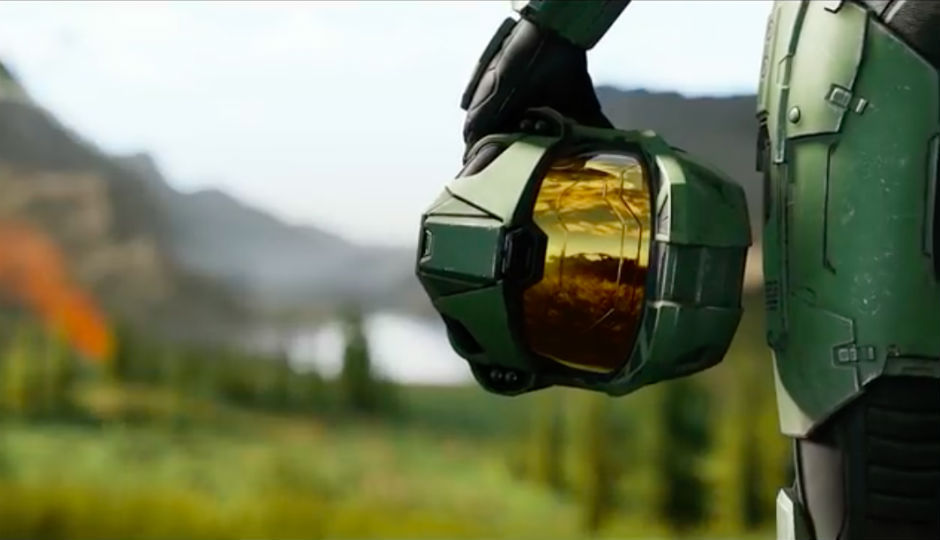 Microsoft at E3: Halo Infinite, Gears 5, Forza Horizon 4, DMC 5 and all other games announced for Xbox

From studio acquisitions, to world premieres and a host of exclusives, Microsoft finally gave us the E3 we’ve been waiting for. Unfortunately, most of the games we are looking forward to will launch in 2019.

After a very long time I am excited for the future of Microsoft’s gaming console. Phil Spencer, Head of Xbox took the stage at E3 to showcase games, games and more games. Microsoft announced 50 games, 18 of which were exclusives, some third-party games that were shown off for the first time and some DLC’s.

Spencer hinted at a game streaming service along with the next gen Xbox but those were just mentions. One of the biggest news was the studio acquisitions. Microsoft has acquired a whole bunch of studios including Playground Games, Undead Labs, Compulsion Games and Ninja Theory, which means that we will see a whole bunch of exclusives coming to the Xbox in years to come. Of all the 50 games announced, some were teasers, others were DLCs, and we will finally get Nier Automata on Microsoft’s platform. Below, we’ve listed 15 games that were the highlight of Microsoft’s presser.

Microsoft opened E3 with a short glimpse at Halo Infinite, the next adventure that Master Chief will embark on. No gameplay or release date, just a teaser hinting at the existence of the game.

We’ve seen Ori and the Will of the Wisps before and the game still looks amazing. The biggest reveal at the E3 2018 trailer was the release date. We will get our hands on the game in 2019.

If, for some reason you wanted to dawn the role of Terry Crews and rain havoc on a city, then Crackdown 3 is the game for you. Four years in development, Crackdown 3 finally has a release date – 2019. We hope the game isn’t delayed yet again.

Towards the end of the conference, Microsoft gave us a look at Gears of War 5. The trailer showed off combat, some of the new foes you will take on and a hint at the story. Marcus Fenix and son return in the game, but it looks like they may not be at the centre of the story this time around. Gears 5 is set to hit the Xbox in 2019.

There’s no denying that Metro Exodus is a gorgeous game and one of the few we’ve seen showcasing the power of ray tracing. Ray tracing as a technology may be available to the PC only, and it’s unlikely that the tech will come to the next generation of consoles. However, its needless to say that the game looks beautiful and we can’t wait to get our hands on it in 2019.

The DMC reboot (that was made by Ninja Theory) was met with some backlash when it launched on the PS3 and Xbox 360. The game was good but fans weren’t happy with the representation of Dante. At Microsoft’s presser, Capcom announced that DMC 5 will launch next year and will be the true sequel to DMC 4. The trailer showcased plenty of fast paced action and a new weapon – a bionic arm. The bionic arm reminded me a lot of Venom Snake’s arm in MGS V, but hey if done right, it could be the best addition to combat in the game. DMC 5 will launch in 2019

The Division wasn’t exactly an awesome game when it launched but with time and updates, the game was fun to play. If Ubisoft has learnt from its mistakes then The Division 2 could be awesome from the get go. The gameplay demo showcased some pretty intense 4 player co-op action in Washington DC. The game launches on March 19 2018.

One of the most anticipated sequels, Shadow of the Tomb Raider got a pretty slick trailer at Microsoft’s presser at E3 2018. The game showcased Lara in action, emerging from the shadow of a muddy tree like Rambo. The trailer shows us that Lara has unleashed an apocalypse upon the world and is working to rectify what she’s done. The game will hit consoles and PC on September 14 2018.

Destroying everything in sight has always been one of the perks of the Just Cause franchise and it looks like we will get a lot more of that on December 4, 2018 when the game launches. The best part is that games will be able to fly a plane into a tornado!

Microsoft closed their E3 2018 press conference with ‘one more thing’ and they did it in style. The stage went Red and Cyberpunk 2077 got a kickass trailer but sadly, no release date.

If you were looking for a first-person game with a lot of parkour and zombie killing along with the ability to influence the world around you, then Dying Light is the game for you. The stage demo showcased what impact your choices will have on the game world. No release date was announced, but the trailer looks really good. Reminds me of Dishonored for some reason.

The Awesome Adventures of Captain Spirit

Set in the universe of Life is Strange, The Awesome Adventures of Captain Spirit will launch on June 26, 2018. In the game, you will don the role of a small boy and live his imaginary adventures to the fullest.

You now have a reason to revisit one of the best and toughest Xbox exclusives in recent history. Cuphead is getting a DLC. Called The Delicious Last Course, the DLC will release in 2019. The DLC will bring with it a new playable character and of course new and creative bosses.

You can watch the complete Xbox E3 2018 briefing below!