Update: We've come across new information regarding the denial of visas for the Indian PUBG teams heading to Berlin for the PUBG Mobile Club Open. In a new video posted by sc0ut to his YouTube channel, and thanks to an Instagram story posted by Ronak of Team Soul, it would seem that the players' visas were denied due to problems with their visa applications. 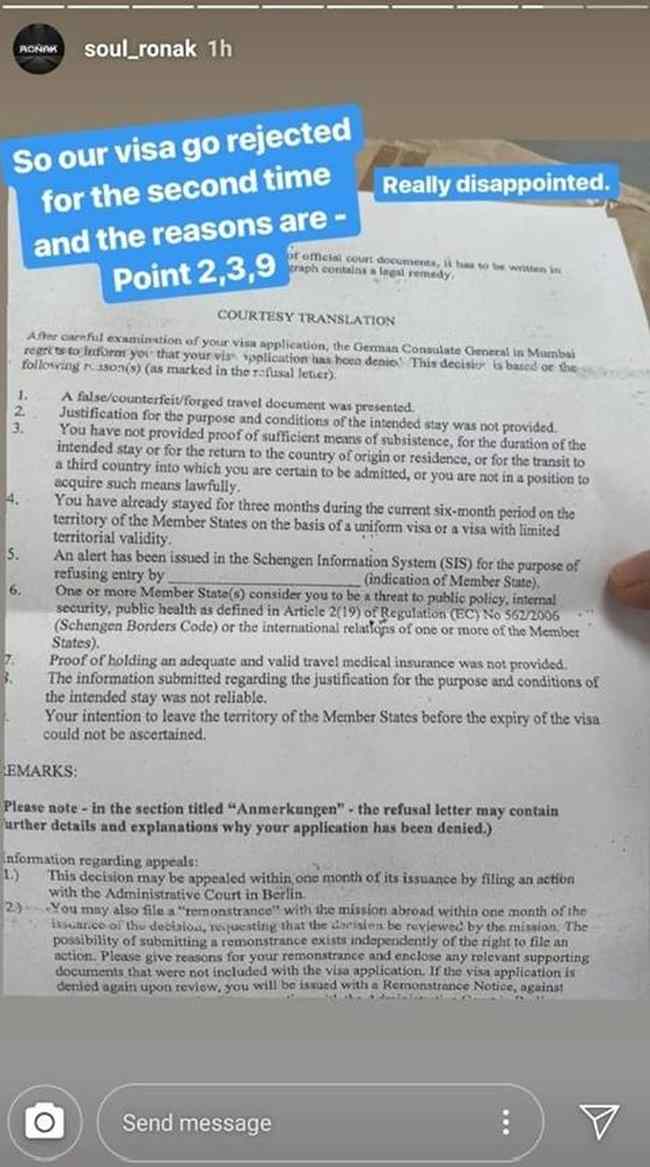 This time of the year is especially a busy time to acquire visas and they can take up to fifteen days, for this reason they need to be applied for well in advance. Professional players who are associated with esports organisations are usually able to get their visas via the esports organisation, who are either tied up with event or talent management organisations or know how to procure the visas without error themselves. However, none of the teams heading to Berlin were associated with any organisation. It isn't the responsibility of the government or any other such organisation to provide players with visas in these situations, they're the ones who have to reach out. We reached out to Ronak of Team Soul via Instagram and email to obtain more information regarding the same but we did not get any response.

In the video above, we can see Sc0ut in conversation with other players, including members of Team Soul and TeamIND, whose visas were rejected, and popular personalities from the Indian esports scene on Discord. As discussed in the video, we can see that it seems like the players' lack of knowledge surrounding the visa application is somewhat to blame for the denial of their visas. The video is in Hindi for the most part, but discussion about the topic takes place at the 24:00, 1:30:00, 2:14:00 and 2:22:00 time markers.

The PUBG Mobile Club Open Spring Split is set to begin in Berlin, Germany, starting July 20th this year. Unfortunately, the three Indian teams that qualified for the split via the Indian qualifiers will not be able to make it to the $400,000 LAN in Berlin. They will instead take part in the prelims, which begins July 20th, from the NODWIN office in Delhi.

TeamIND, Indian Tigers, and Team SouL have all had their visas rejected. While TeamIND and Indian Tigers will have to play their prelims on the 20th from Delhi itself, Team SouL placed first in the qualifiers and earned a direct slot in the main event. They have till the 26th of July, i.e., the beginning of the main event, to reapply for their visas.

Sc0utOP of TeamIND revealed the situation for his own team and himself, while MortaL revealed details for Team SouL. According to MortaL, as he explains in the video, the reason for the visas being rejected is because of India's lack of any governing body for esports. He mentions how it is easy for foreign players to come to India easily for tournaments because they have such governing bodies. To seek clarity on this issue we have reached out to the players to obtain any official documentation that they embassy might have provided for the rejection. We will update the story as we get the same.

While Team SouL still has a chance to make it to the Berlin LAN, TeamIND and Indian Tigers will have to tough it out from India with a major disadvantage, high ping. The ping difference with the players in the EU could be the difference between winning and losing, and that's without taking into account that some of the best teams in the world will be participating in the spring split including Team Secret, Nova, Purple Mood and more.