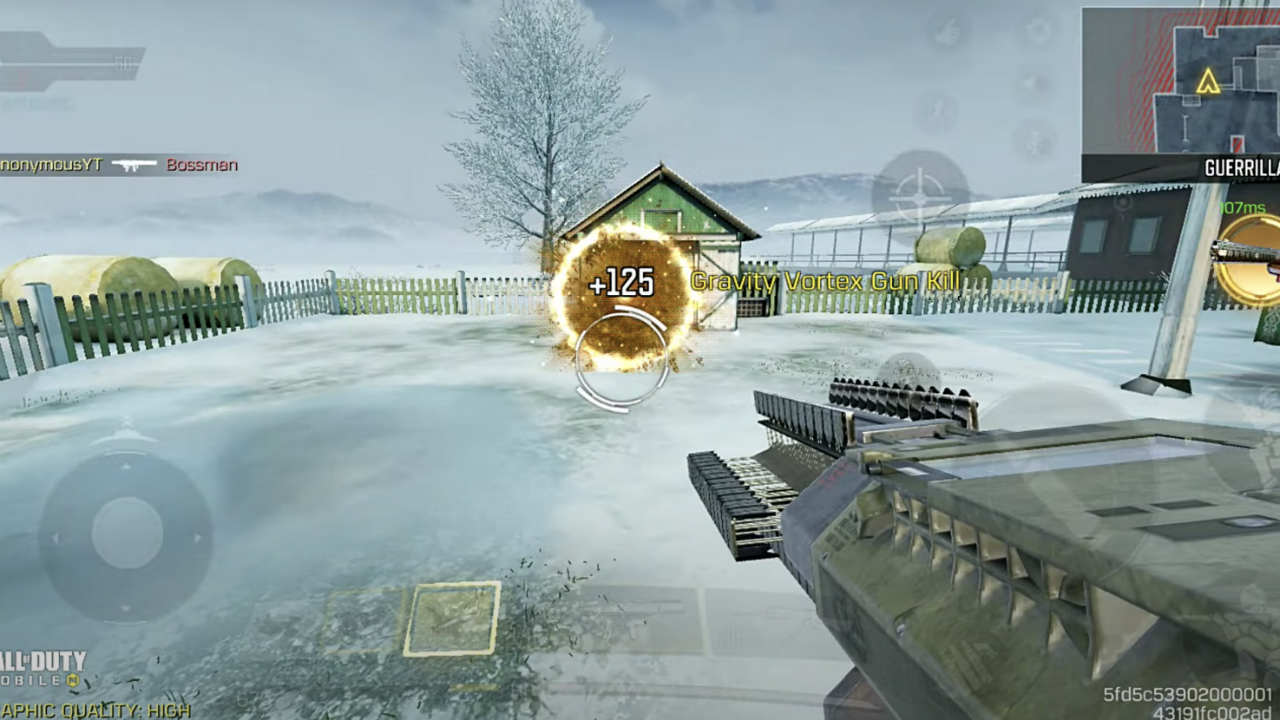 Here’s what to expect in Call of Duty: Mobile’s Season 13 update

Call of Duty: Mobile's Season 13 update is just around the corner and it will introduce a bunch of new features like weapons, maps, scorestreaks and more

Do note that while these features are a part of the build, there is no guarantee that these features will be available in the final roll-out of the update. It should also be noted that Activision will most likely stagger the release of all the additions and features all through the month.

Call of Duty: Mobile has its fair share of sci-fi weapons like the Tempest rifle, Shock RC and the XS1 Goliath. However, the newest Operator Skill, the Gravity Vortex Gun, trumps them all in terms of show. The weapon seems to fire a miniature black hole, that sucks in enemies.

Season 13 also brings with it a new Scorestreak called EMP Systems. As the name would suggest, the scorestreak releases a massive EMP blast that disables enemy scorestreaks and messes with the enemy's HUD. It’s practically a giant version of the EMP grenade.

Season 13 will also introduce a brand new tactical grenade called the Gas Grenade that results in disorientated vision and deceleration. This makes it ideal for blocking off choke points. It should be noted that the weapon doesn’t seem to cause any damage.

Call of Duty: Mobile has teased the introduction of new weapons to the game, and we finally have a good look at them. This includes the Peacekeeper MK2 assault rifle and the QXR SMG. We’ll get to learn more details of these weapons at a later date.

The Reddit post has tagged this as a Perk, but a video by YouTuber, JB Hunters shows that the Desperado will be a new class in battle royale. The class’s active ability will allow them to set up a Shield Turret, similar to the one found in Multiplayer. The passive ability allows players to fight back with a pistol when downed, and if they manage to get a kill in this state, they will be revived.

The new season will see the addition of a bunch of new game modes. This includes Grind, 3v3 Gun Fights, Hardcore Hardpoint, and Battle Royale Blitz.

Call of Duty: Mobile has confirmed that season 13 will feature a new version of Nuketown called Nuketown Russia. There is also the return of the holiday version of the Raid map. Besides this, we will also see another new map called Rebirth that sports an urban setting and a linear layout.

Battle Royale is also tipped to get a new vehicle. However, this will be the snowboard and should only be available in snowy areas. It is not yet known if the snowboard will be a permanent addition to battle royale.

Besides all those, hardcore players will be glad to know that there will be a new Diamond and Gold camouflage under the ‘Completionist’ section. There should also be a bunch of other bug fixes and changes, but we will only know about those when the season 13 update finally rolls out and the patch notes are revealed. The videos below should give a good look at all of the new additions.

Samsung launches a new 32-Inch Smart HD TV in India at Rs 15,490: Know its BBD sale offer and other details here Previous Post
WhatsApp Call Links and group calls with up to 32 people announced: Here’s how all that works Next Post