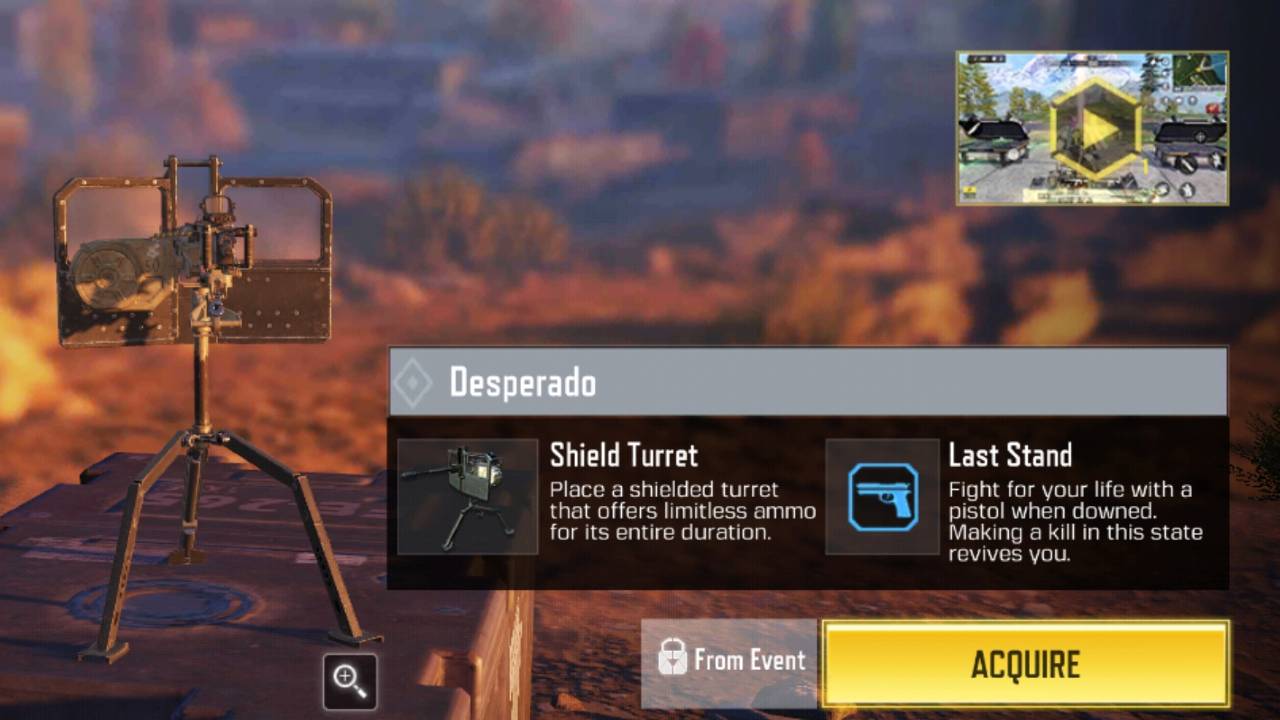 Here's how to unlock the Desperado Battle Royale class in Call of Duty: Mobile

The Desperado class is the newest addition to Call of Duty: Mobile. The class lets players place a Shield Turret anywhere in the battlefield. It also arms them with a pistol then they are downed by an enemy

Call of Duty: Mobile has added a new class to its Battle Royale mode. The new Desperado class is a more defensive-minded class. Its abilities suit players who would prefer to hold a position, rather than assault players. The active ability deploys a Shield Turret with unlimited ammunition for its duration. This can defend teammates while reviving them. It can also e used to block access for certain objectives. The passive ability is called Last Stand. This lets players fight back with a pistol after they are downed. If they manage to kill an enemy in this state, they will be revived.

Completing the Desperado Featured Challenge unlocks the class. Once unlocked, players will be able to select the class before a Battle Royale match begins.

The Feature Challenge tasks players with collecting points by successfully completing missions. Players will have to gather 120 points in order to unlock the Desperado class. But they will also unlock rewards for reaching specific points.

Missions and the points they offer

As one might notice, all of the missions combined can offer a total of 160 points. So it is possible for players to skip completing certain missions and still unlock the Desperado Class.

Besides the new Desperado Class, Call of Duty: Mobile also released the new SKS marksman rifle for use in Multiplayer. You can learn more about how to earn the weapon here.