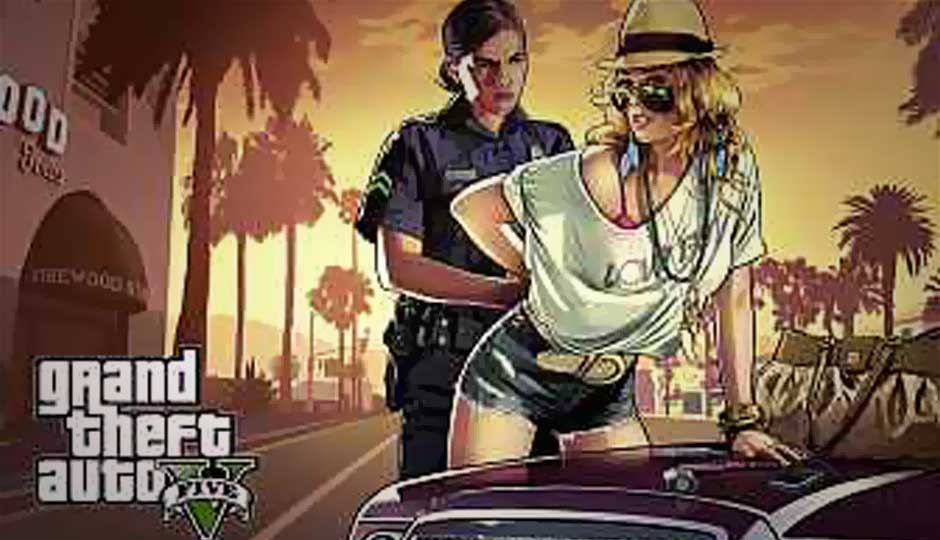 Rockstar Games’ upcoming open-world game Grand Theft Auto V got some free publicity in the last couple of days after the game’s assets were inadvertently leaked to users who pre-ordered the digital version of the game through the European Playstation Store. The assets were procured by hackers who cracked the game files included in the digital pre-ordered copies of the game, downloaded legally in order to have the game ready to play at launch, an ability that has now been removed by Sony. The game assets accessed by the hackers included audio files of the game’s cutscenes (which reveal the story of the game and thus, can be treated as spoilers) and, more importantly, the game’s soundtrack.

The Grand Theft Auto games have always been known for their amazing soundtracks from the Gangster Rap of GTA: San Andreas to the 1980s Hair Metal and New Wave of GTA: Vice City that gamers could listen to on the in-game radio stations while driving in the game.. The leaked GTA V soundtrack looks like it will sound amazing but there’s no obvious theme to it. A look at the tracklist shows some great songs like “Gin ‘n Juice” by Snoop Dogg, “Saturday night’s alright for fighting” by Elton John and “My War” by Black Flag. However, even though there are separate classic rock and hardcore/punk radio stations, the absence of a metal/hard rock station is quite glaring. Hopefully, the leaked tracklist isn’t complete and we’ll get to hear more metal in the final game.

Sony and Rockstar Games have both taken these leaks quite seriously. Sony has apologized on the official Playstation Blog stating, “We sincerely apologize to Rockstar and GTA fans across the world who were exposed to the spoiler content.” Rockstar Games also had some words to say about the leaks, “ We are deeply disappointed by leaks and spoilers being spread in advance of the game's launch.” It also issued a warning to all its community members from propagating the leaks and spoilers by stating on its site, “Please do not proliferate such things here as we certainly don’t want any misinformation spread from things that are fake nor do we want spoilers spread regarding anything that might be true. Anyone engaging in such discussion here at the Rockstar Newswire before September 17th will have commenting privileges revoked until well after the game’s release.”

Grand Theft Auto V is expected to launch on September 17 and looks to be en route to breaking a couple of sales records at launch. While you’re waiting, listen to some of the great songs that will appear in GTA V: