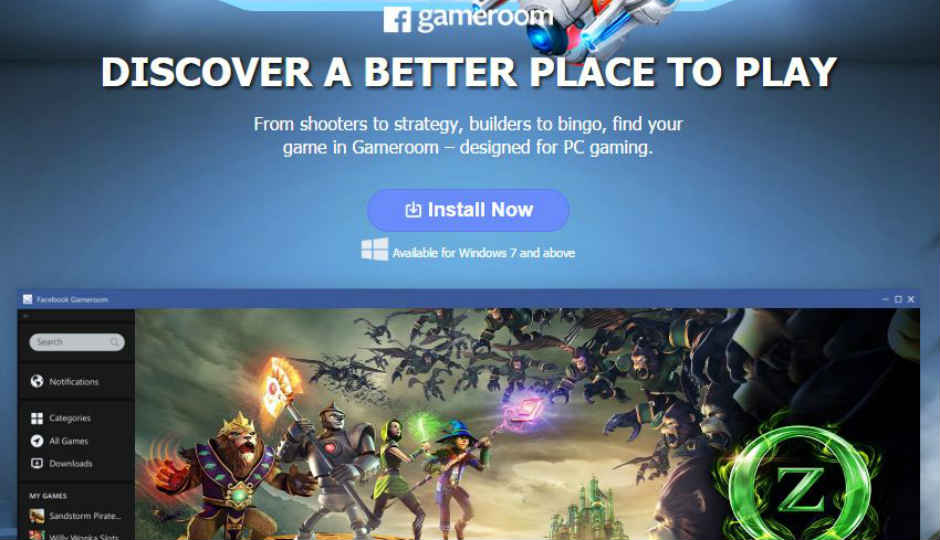 Facebook Gameroom is the latest target platform for Unity and indie game developers.

Back in August, Unity and Facebook announced its collaboration to bring Facebook as a target platform for Unity developers. Today, the support is being extended in the Gameroom developer beta. Facebook says that the support will ship as part of Unity 5.6, early next year. With Gameroom, Facebook is extending its social platform beyond casual mobile games like Clash of Kings.

Facebook is also pitching Gameroom as the easiest way to bring high-quality games to PC. With Facebook Gameroom, developers can take full advantage of the CPU and GPU's native power. The most intriguing part here is the Unity support, which developers can exploit to deploy their build target either to the Gameroom desktop app for Windows, or to Facebook.com using WebGL support.

Facebook's Gameroom doesn't seem to be a Steam competitor, but rather, a way to keep people playing more games on its platform. Facebook also gains from Unity, which has become the preferred engine for some of the most-liked indie games. With Gameroom, Facebook would aim to bring some of the popular Unity-based mobile gaming titles to its platform, and bank on the install base of other popular gaming titles like Criminal Case and Candy Crush Saga.