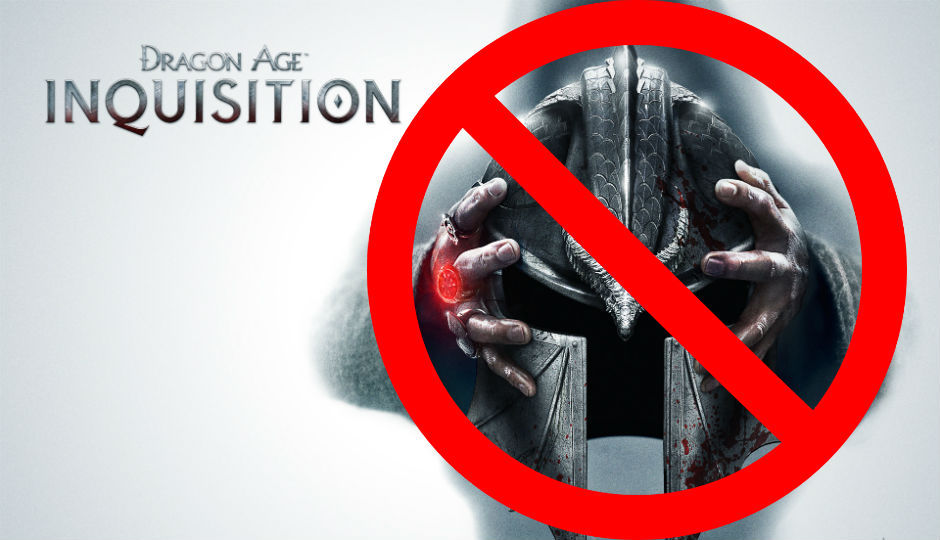 EA has cancelled its Indian launch plans for Dragon Age: Inquisition, the highly awaited RPG from Bioware, citing ‘content laws’ in effect in the country that it was at risk of ‘breaching’. As a result, EA has stated that all pre-orders from Indian customers have been cancelled, and that all payments will be refunded.

There’s no clarity with respect to why the game was cancelled for India although forum members across different websites have speculated that it’s because the game let’s you create a homosexual character and features homosexual romances. EA hasn’t confirmed this but if the game’s launch has indeed been cancelled because of Section 377 of the Indian Penal Code, that makes homosexuality a punishable offence, then it raises a few questions:

1. Did EA reach the decision because of a mandate issued by the Indian govt. or was it a preventive decision made by the company without any influence from the Indian govt.? This could be possible as exhibited by the case of Fallout 3, which was similarly not launched in India because it featured mutated cows named ‘Brahmin’ in the game. Bethesda, the publisher, felt that the term would offend Indians and chose not to release the game here.

2. Since Russian law also outlaws homosexuality, why is the game still available there?

3. Will EA remove the earlier Dragon Age and Mass Effect games from the Origin library of Indian customers since those games also included homosexual characters and romances?

4. If in-game homosexuality was not the reason for the game’s cancelled launch in India, then what are the content laws in question? Will the game ever be launched?

We’ve reached out to EA with these questions and hope to get a reply soon. For the time being let us know on Twitter or in the comments below, what you think of the issue.