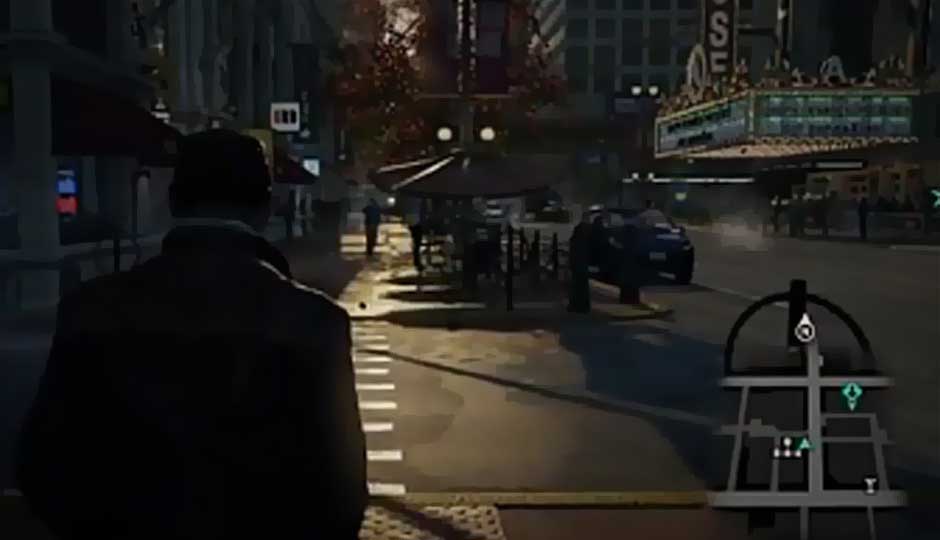 Ubisoft has some great franchises under its belt.

At E3 2012, Ubisoft not only showed us the future of these franchises but took a turn for the better by showing off a new IP as well. The only disappointment was that we didn’t get a look at Beyond Good and Evil 2, which we must add; we are very excited about if the project is real! But, without cribbing, here’s a quick look at the Ubisoft press conference.

Just Dance 4
Just Dance 4 will launch on October 9th 2012 for the Wii U. This means that we van expect Nintendo’s new console to hit store shelves before the holidays of 2012. There wasn’t any trailer or footage of the game showcased.

Far Cry 3
Far Cry 3 looks really ambitious. 4-player co-op is the cherry on the cake but the single player campaign too looks promising. The trailer makes the game look really insane and apart from stealthy gameplay and wielding guns, players will also take on a bow and arrow as their weapon of choice. Take a look at the trailer below:

Apart from the trailer, there is also a gameplay demo of Far Cry 3. The demo opens dramatically enough, but then returns to recognizable territory. The demo showcases some cool stealth kills, gunplay and a whole lot of jungle.

Splinter Cell: Blacklist
Splinter Cell: Conviction broke away from the tradition of the franchise to introduce a faster pace and swifter action. Sam Fisher is still the lead protagonist and Blacklist is staying true to the fast paced action theme of the game. The catch is that there are a number of improvements and from what we can tell, they are for the better. The below trailer shows Sam infiltrating a base to recruit a hostage. But this time he isn’t alone. The game shows that Sam has access to backup. '

Marvel Avengers: Battle for Earth
This is a Kinect and Wii U title. The trailer showcases Wolverine battling Venom. The trailer also gives a glimpse of other Marvel characters such as Spider-Man, Magneto, and Storm. The game is expected to release in the Fall of 2012.

Speaking of Wii U, Ubisoft has said that they will release 17 games at the launch of the device.

Rayman Legends
At its E3 press conference, Ubisoft showed off a live demo of Rayman Legends for the Wii U. The game will feature five-player co-op and support the Wii U tablet controller, Wii U Pro controller, and classic Wii motes.

Rayman, Globox and the Teensies are back in the new game that has them traveling through a series of legendary worlds with new environments, characters and enemies.

A new character, Murphy, too was unveiled. Murphy is a small green lightning-bug controlled using the Wii U's tablet controller. Murphy can zoom ahead of Rayman and manipulate the level's environment, lifting platforms and moving obstacles that the other characters cannot.

Feast your eyes on the demo of the game below.

ZombiU
It looks line Nintendo’s new console isn’t aimed only at the casual gamer. ZombiU, a survival horror game will be coming exclusively to the Wii U. Ubisoft showed off a cinematic trailer of the game with no actual gameplay footage. “God Save the Queen” plays in the background of the trailer.

Assassin’s Creed 3
To call Assassin’s Creed 3 one of the most anticipated games of the year would be an understatement. The gameplay demo showed off at E3 2012 shows Connor traverses the vast Frontier on a mission to assassinate an enemy who infringes upon his people's freedom and liberty. Connor hunts a dear, takes on a pack of wolves, and shows off some really cool assassination moves.

Watch Dogs: New IP
In a day and age dominated by sequels, bringing forth a new IP is a bold move. Ubisoft has its fair share of sequels this year and is also bringing forth a new IP. The game has been in development for three years now, and is themed around cyber-terrorism. The name of this game - Watch Dogs. Enjoy the trailer of the game below.

Watch Dogs looks like an open world game, reminiscent of the GTA franchise and the gameplay is third person cover based action. Feast your eyes on the gameplay demo below.