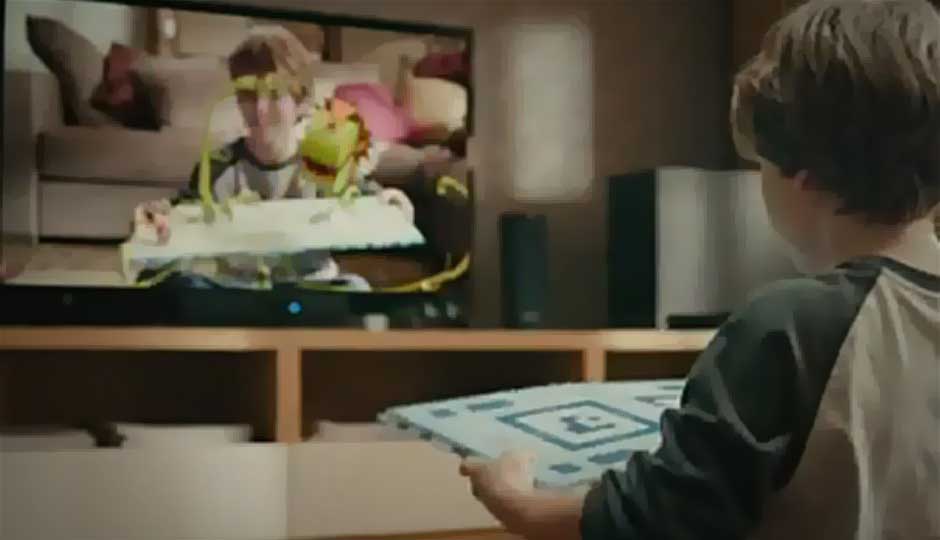 Day 1 of E3 is always the biggest. We have four big press conferences back to back. The day started with Microsoft, then EA, Ubisoft and last but not least, Sony concluded the day. But did the day end with a bang?

Day 1 of E3 is always the biggest. We have four big press conferences back to back. The day started with Microsoft, then EA, Ubisoft and last but not least, Sony concluded the day. But did the day end with a bang?

Well Sony’s show opener was an exclusive game, Beyond: Two Souls. Developed by Quantic Dream's expectations from the game are pretty high especially since the last game made by the developer was quite a hit – Heavy Rain.

Beyond: Two Souls stars Academy Award nominee, Ellen Page as the lead protagonist and the game is themed to be a psychological action thriller. Feast your eyes upon the gripping trailer below:

Next up: PlayStation All Star Battle Royal. Just like Super Mario All Star, PlayStation All Star (really original with the name, Sony!), brings all the characters from Sony’s gaming universe under one roof to battle it out. The resemblance to the Nintendo version is uncanny. The biggest unique feature of the game however is the cross play between the PS Vita and the PS3. Playable characters in the game include the like of Nathan Drake, Big Daddy, Kratos and Sly to name a few.

Feast your eyes on the trailer of the game below:

Some news announcements from Sony: If you are one who downloads games from Sony’s online store, there is good news for you. Over 200 download titles will be coming to PSN in the next 12 months.

PlayStation Plus Sony’s premium online gaming service will be "amplified" with more free games. This month, free games include Infamous 2, LBP 2, and Saints Row 2 will be available starting tomorrow. Other games expected in the future include Space Marine, Ratchet All 4 One, Sideways and Lara Croft.

If you thought that the Vita games library was small, think again. PSOne Classics will be coming to Vita beginning this summer. Some of the titles announced at E3 were Tomb Raider and Final Fantasy VII. What remains to be seen is whether any promotional scheme will be offered to gamers who have invested in the PSOne games by already downloading it for the PS3.

Back to the games...Keeping the Vita and PS3 theme in mind let us look at another gaming franchise that links the two systems – Assassin's Creed.

We already know that Assassin's Creed 3 will be available for the PS3 and the Xbox 360. Assassin's Creed III: Liberation is a PS Vita game that features the franchises first female lead protagonist. The game is set in New Orleans during the 1700s. The game will launch on October 30 along with its console counterpart.

Feast your eyes on the trailer below:

Assassin's Creed 3 on the other hand will launch with a new PS3 hardware bundle on day one -- it includes special DLC alongside the game itself.

Staying with the PS Vita theme, Call of Duty: Black Ops Declassified has been confirmed for the PS Vita but no details of the game has been revealed.

Coming back to the consoles, four-player co-op has been confirmed for Far Cry 3. Far Cry 3 will have a single-player game, multiplayer, and a map editor. The developers also announced that the DLCs for Far Cry 3 will first appear on the PS3.

Saving the best for the end, one of our most anticipated games at E3 2012, God of War: Ascension was demoed at the Sony Press conference. The game finally has a release date, March 12, 2013. Kratos still is the badass we remember from God of War 3. He also has a bunch of new moves up his sleeves both in terms of combos as well as platforming.

Feast your eyes on the destructive power of Kratos in the E3 gameplay demo below:

Another game that has us excited (yes, life exists beyond God of War) is The Last of Us. The game has been developer by Naughty Dog, the same company that has brought us games like Crash Bandicoot on the PSOne, Jak and Daxter on the PS2 and the Uncharted franchise on the PS3. In this demo, Joel and Ellie are attempting to get to the bridge and out of the city. A new gameplay mechanic called “Balance of Power AI” is being revealed in this demo. Enemies will react realistically to whatever situation your combat style forces them into.

Sony has also announced Wonderbooks. Wonderbooks is an augmented reality game that uses Sony’s eye toy camera. The game is based on the work of JK Rowling and reveals a new way for kids to interact with books. Gamers will use the Eye Toy camera and the Move controller to interact with the books they read. Take a look at the trailer below that explains what Wonderbooks are all about:

Book of Spells is the first title for Wonderbook. Written by Miranda Goshawk over two hundred years ago, Book of Spells can be found in the Restricted Section of the Hogwarts library. It is an advanced textbook for students, which will assist them on their journey to becoming an accomplished witch or wizard. Enjoy the trailer of Book of Spells below.

Sony has announced that HTC will join the PlayStation Certified license program with PlayStation Mobile. By collaborating with HTC Sony aims to expand its PlayStation gaming experience on devices other than Sony. Even though we have haven’t heard much, this seems to be Sony’s move to revive gaming on the smartphone platform. The service was earlier called PlayStation Suite but hasn’t really taken off. Remember the Sony Ericsson Xperia Play (read our review)?