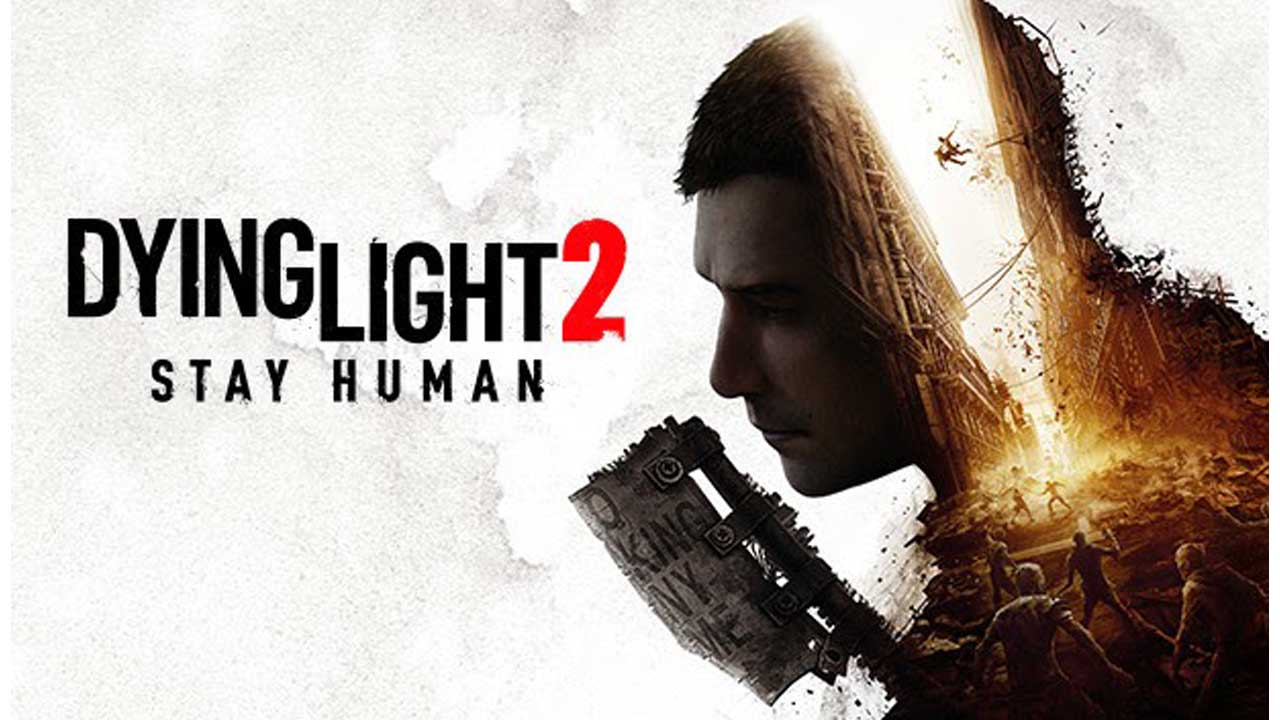 Dying Light 2 Stay Human is an action role-playing game developed and published by Techland. The first game was an overwhelming success and received positive feedback from right across the gaming community, which led to the developer's Techland to constru

The first game was an overwhelming success and received positive feedback from right across the gaming community, which led to the developer's Techland to construct a second game of the series.

Welcome to the world of Dying Light 2

Post-apocalyptic fiction is a subgenre of science fiction, dystopia, and horror where civilization is collapsing or has collapsed. A game set in a post-apocalyptic setting either attempts to prevent that event, deal with the impact and consequences or be ready to embrace the events that unfold. While embracing the inevitable, we have two choices: either we help others and try to fight against the odds, or we become the odds but the most important option which I never mentioned is the will to Stay Human or Not.
A dystopian failed state, raided by factions at Day and Ruled by the infected at Night.

In Dying Light 2 - Stay Human you are Aiden Caldwell, an outsider who is trying to unravel a tangled mystery from the past. As the title Stay Human suggests the struggle is philosophical and physical at the same time. Aiden is an infected survivor and he is drawn into an unidentified European city where he sees the remnants of mankind trying to establish its presence once again. 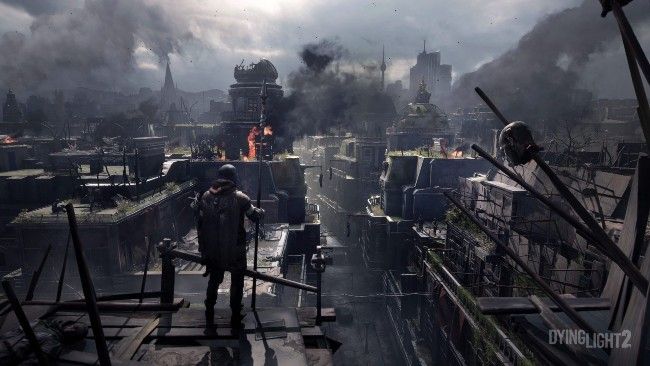 The game is set 15 years after the events of Dying Light where the Harran Virus has plunged the world into a Modern Dark Age and humanity has lost the war to the virus.
At the onset, Aiden feels he won’t be able to survive long enough and probably this unforgiving world will tear him apart mentally and physically with things falling apart bit by bit. But then he sees a glimpse of hope when he meets the Night Runners, a group of Veteran survivors who are willing to help the needy and become your allies in the collapsing world. Aiden will come across 3 different factions on the game - The Survivors, The Peacekeepers, and Renegades.

The game is structured on choices and consequences. You need to either side with these factions to achieve your goals or you be against them. Dying Light's world will shift and change based upon your choices small or big, for good or for bad. As mentioned earlier, the game takes place after the events of Dying Light 1. The city of Harran was infected to a huge extent and the leaders had a tough choice to make and they decided to isolate the entire city of Harran and created an Exclusion Zone. But they had scientists who continued to study the virus, trying to manipulating the DNA, creating new strains. They were paid to use the new strain for the Government's commercial and military prowess.

But things go south when one of the mutated strains escape from Geneva's Level 4 laboratory during the winter of 2021 and the Government was not prepared to meet this second wave of the virus and before the required steps could be taken to prevent its outbreak, the civilization was already on its brink of collapse. Towards the end of 2023, 98% of the population were infected and there is this one city that still stands tall. A city that becomes humanity’s last hope Villedor also known as The City in the game.

Desperate time calls for desperate measures and the city developed a new weapon against the infection which helped them immensely in the first stages of the pandemic but also created some brutal, deadly, and terrifying monsters. Its been 15 years now and there is a new norm that follows in the city which is accepted as a commandment by all.

By daylight, human factions fight to control the city whereas at night it’s the night of the living dead, the city is controlled by these crazy, diseased, beastly infected beings that can paralyze you with fear. 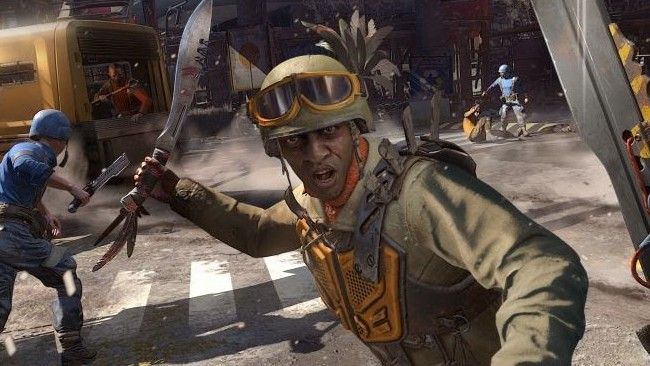 In the year 2035, chemical attacks were carried out to stop the spread of the Harran virus due to that you will find some chemically active areas around the city that are not safe for navigation. Also as a result of this chemical warfare, the soil is unable to sustain any life and the plants and trees you see are just decaying in the process. But life does not stop people will find means and ways to live. Life has moved on to the rooftops and this is where plants are flourishing and people are surviving with the means to eat and sleep peacefully away from the soil infested infected the people have created windmills that produce electricity and provide a ray of hope when compared to a lower level of this post-apocalyptic Zombieland. As mentioned earlier, there will be their factions you will be meeting in the game.

The Survivors - Are citizens who are trying to make ends meet, are willing to help, and trying to set up bases. They will use resources to produce supplies necessary to survive the brutal world of Dying Light 2 and hence adaptability is their forte. However, they lack the firepower and but can give a strong fight if required. Survival is their basic necessity.

The Peacekeepers - Are loyal former military soldiers who want to impose their version of law and order. They are feared by many due to their brute force and some questionable doctrines to measures to impose law and order.

The Renegades - These are comprised of former state prisoners who want to plunder, kill and establish their hold over the entire city. They are led by a ruthless Colonel who intends to make the Peacekeepers the sovereign rulers of the City.

Sunset and sunrise always mark the beginning and end of an epoch in the world of Dying Light 2. It is an improvement over the original during the day, the player will explore the city to complete the objectives based upon his choices. You will be scavenging the city and make avail of the resources, meeting new NPCs, learning their stories, helping them, or fighting them. You meet an infected known as Degenerates, who are weak and have pieces of flesh falling off them. The more sunlight they are exposed to the weaker theft becomes. However, you will meet some who are bigger and tougher than others but things take a complete 180 during the night. In the dark, all the infected get out of their abodes and roam the streets. These are not just the regular infected like degenerates but more horrifying more aggressive and more intense than even those seen in Dying Light 1 and 15 years of mutations have made them more powerful and more ruthless.

This includes a new strain of volatiles that have branches on their backs. The day and night mechanism will create incredible tension and you risk running into something unknown in the dark. You are no longer the hunter you are the hunted but this can also be used as an opportunity as well. Opportunity for the players who are courageous and skilled enough to explore the interior of the buildings that normally are filled with zombies at day, if brave enough you can search for valuables. Since rooftops are safe zones, you need to adapt to Parkour moves to navigate and explore the city.

These are moved you could perform in Dying Light 1 however Dying Light 2 will double the parkour moves of the original. There will over 3000 different parkour animations that you will perform and see in the game.

You will be able to perform wall runs and swings, slide down rooftops and dropping from one crane to another you will be using tools like a grappling hook and a paraglider to your aid as well. Aiden can also use the undead to break his fall. You can interact with practically any part on the rooftops. You will be stringing these parkour moves to your combat as well like drop-kicking an enemy off a rooftop.

Dying Light 2 will support crossplay which will also contain cross-generation support between PlayStation, Xbox, and PC platforms on the same servers. It has a release date of December 7th, 2021.

You can be pre-order via the game's official website, as well as through the following gaming stores:

The Collector's Edition will contain the following items:

Dying Light 2's most premium version will be priced at £199.99 and will only be available for PlayStation 5, Xbox Series X/S, PS4, and Xbox One. The Collector's Edition will not be made for PC.