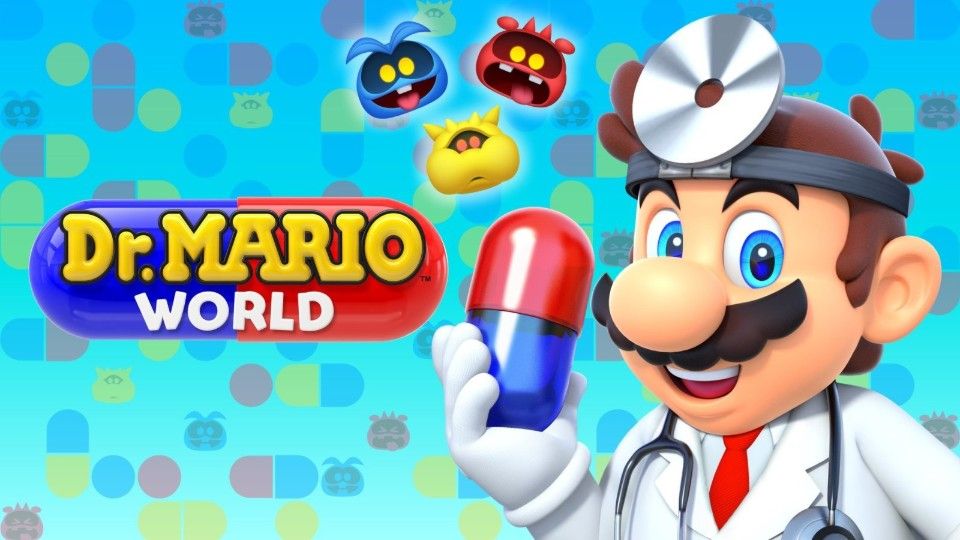 If you are looking to play a new mobile game with Mario involved, you are in luck. Dr. Mario World has launched on both iOS and Android today. However, it launched a day early for iOS users before it became available on Android. You can play the whole game without spending a dime as it is free to play with options of in-app purchases.

Nintendo announced its partnership with Line Corp for Dr. Mario. Now, the game has been released on iOS and Android. To recall, the Dr. Mario series is about 30 years old, and the first game was launched on NES and Game Boy in 1990. Before today, the most recent Dr. Mario game was  2015’s Dr. Mario: Miracle Cure for 3DS.

As for the gameplay, this mobile title is a match-3 game where different coloured viruses are arranged on the screen. You are the doctor who has to send capsules on their way. Then, the sent capsules drift upwards until they hit something, and the goal is to get three of the same colours in a row to move them off your screen. It is a game which has a little more to do with strategic thinking than random actions. It is like a traditional puzzle game. Dr. Mario has hundreds of stages spread across several worlds. Also, players can send and receive stamina-giving hearts and battle each other online.

Nevertheless, the mobile title was launched a day early for iOS users. Lately, it’s becoming a bit of a trend that mobile games drop a day earlier than the expected launch date. The same thing recently happened with Niantic’s Harry Potter: Wizards Unite. As for the benefits of pushing mobile titles a little ahead of schedule, it helps developers and publishers avoid a sudden, massive impact on their servers that might disrupt the player experience.

You can download the game from the links below: