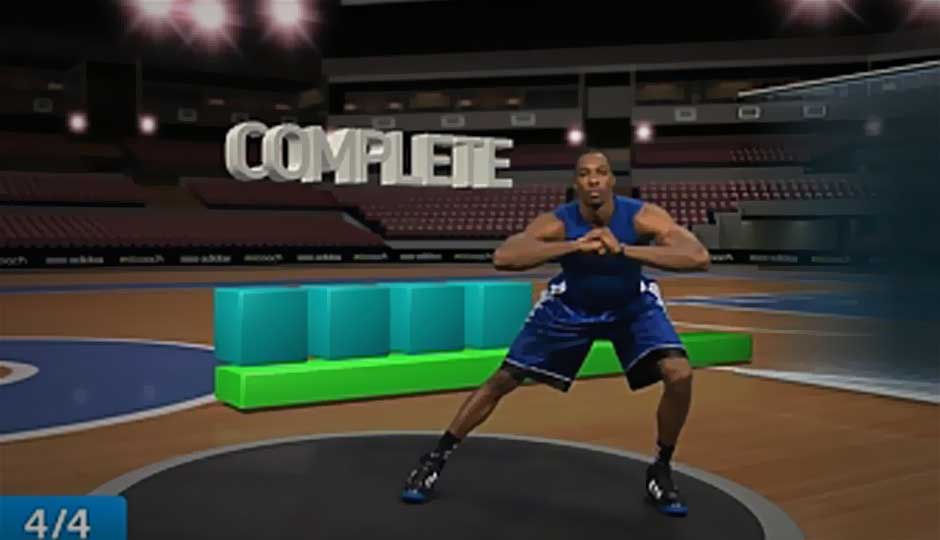 Fitness is the name of the game and since the inception of the Nintendo Wii, has taken a toll on the gaming scenario in our living rooms.

Fitness is the name of the game and since the inception of the Nintendo Wii, it has taken a toll on the gaming scenario in our living rooms.

Adidas and 505 Games have joined hands to bring the Adidas MiCoach video game to consoles. The game is available for the PS3 and the Xbox 360 but the catch is that the game requires the consoles motion control peripherals to work. The game claims to have a more technical, sports-training approach than other fitness games on the home console.

Gamers can access a variety of training plans according to their preferred sporting activity, track their workout progress, get coaching feedback and see improvements. The game features 18 of Adidas' different sports athletes including Kaka, Dwight Howard, Manuel Neuer, Jessica Ennis, Jose Mourinho, Ana Ivanovic, Will Genia and Eric Berry all of whom provide Masterclasses for their sport. Each of these athletes will give gamers “personal training”. The game offers a whopping 400 different exercises.

miCoach already has a smartphone app to keep track of peoples fitness regime. The game also has the ability to sync to the app and update it with the fitness activities undertaken by gamers in the game.

PS3 owners will be able to add a USB heart rate monitor with the game. The game will be available in India for the PS3 and Xbox 360 for Rs. 2,599 this month. Meanwhile, enjoy the trailer of the game below.