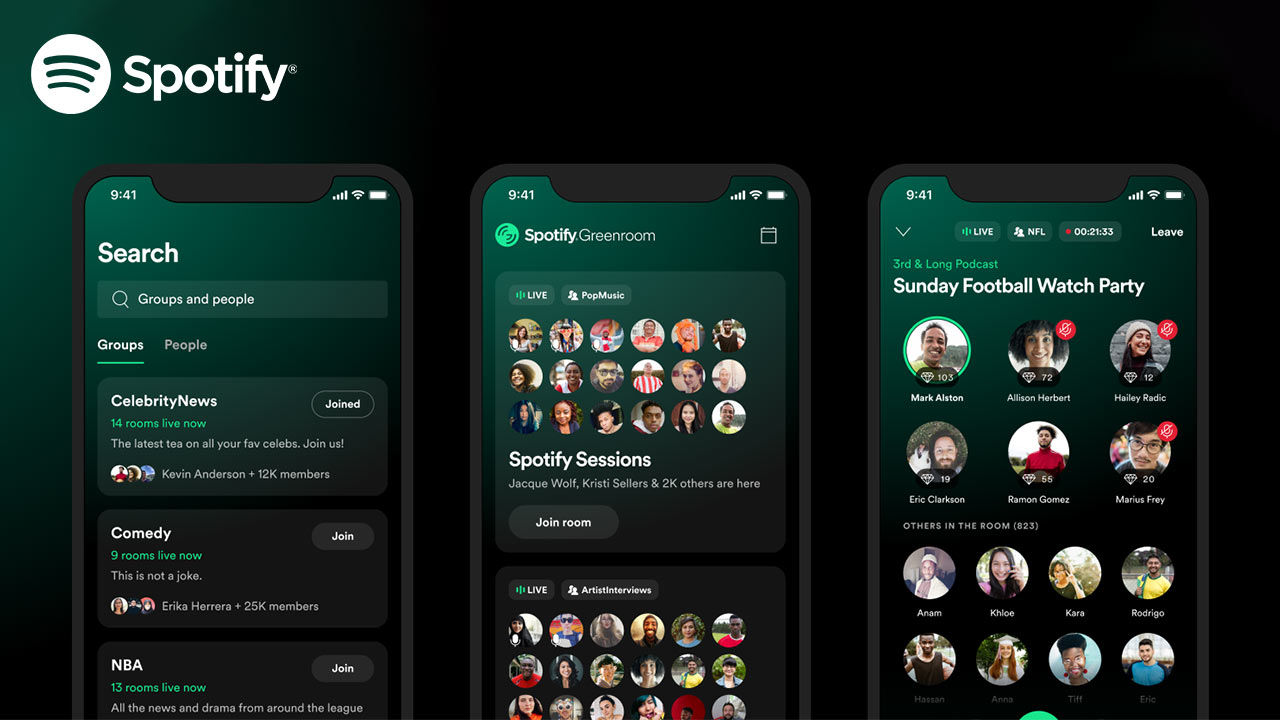 Live audio-only chat apps have become a massive sensation around with world when Clubhouse first launched in March 2020 for iOS. Several platforms were quick to launch their own Clubhouse-clones in the months after or are currently working on prototypes. Twitter Spaces is the closest competitor in terms of features but VoIP apps have had features similar to clubhouse for years. Discord, Telegram, WhatsApp, Fireside, etc. are some of the many applications which have similar features albeit, not with the same focus.

Spotify had acquired Locker Room, a sports-focused clubhouse alternative in March 2021 and the blog annoucement for the same had stated, "Spotify will evolve and expand Locker Room into an enhanced live audio experience for a wider range of creators and fans. Through this new live experience, Spotify will offer a range of sports, music, and cultural programming, as well as a host of interactive features that enable creators to connect with audiences in real time. We’ll give professional athletes, writers, musicians, songwriters, podcasters, and other global voices opportunities to host real-time discussions, debates, ask me anything (AMA) sessions, and more."

With today's app launch, we will see Locker Room rebranded as Spotify Greenroom with a new look and feel similar to Spotify's design language. The app will allow users to login using their Spotify ID so there's no need for them to create a separate account for Spotify Greenroom. The onboarding experience will be in some ways similar to Clubhouse so users will be asked to pick their interests to allow Spotify Greenroom to cater their feed as per their interests. All users will be able to host or particupate in live discussion rooms with ample chat controls being provided. The app will also have recording capacilities to complement the usual on-demand streaming content with live conversations.