Videocon's new channel will telecast the ICC Cricket World Cup 2015 in 4K and requires the new set-top box to work. 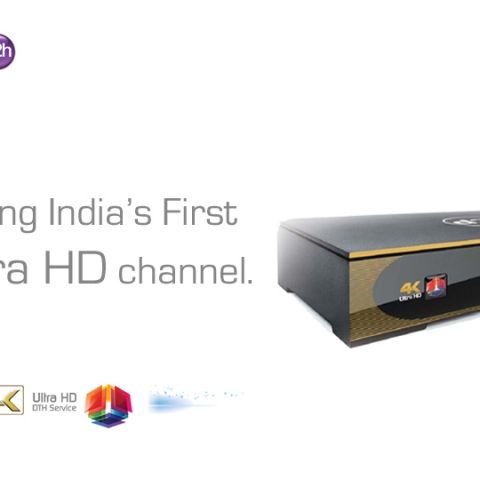 Videocon D2H has launched an all-new 4K capable set top box along with a new 4K channel which will stream the content in True 4Kp60, providing you four times the clarity of a traditional Full HD channel. The 4K channel was made available from January 26 and can be viewed using the 4K set-top box only when subscribed to Platinum HD or New South Platinum HD pack. The new 4K set-top box also comes with a new user interface powered by Cisco which promises to deliver easy navigation.

The limitation of 4K content is of course a reason to consider and currently the 4K channel is expected to air some events such as ICC Cricket World Cup 2015 and some travel & sports shows. Apart from this you will also, obviously, require a 4K UHDTV in order to get the real benefit of this 4K STB + Channel. Existing Videocon D2H customers can pre-book the 4K STB for Rs. 5,990 and new customers can get a new connection from Rs. 6,590 onwards.

Other D2H companies, like Tata Sky, have also launched 4K services in the past.