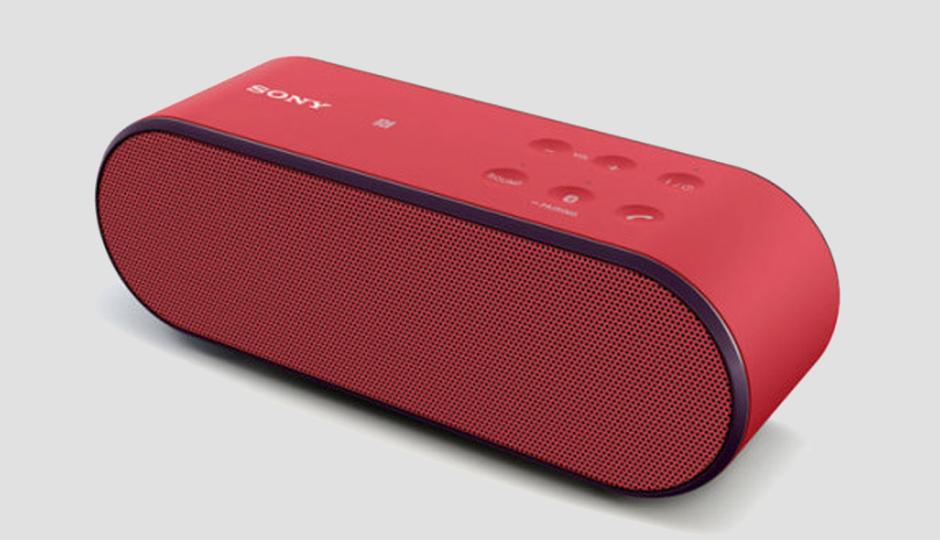 Sony has launched PumpX (SRS-X2) Bluetooth and NFC enabled speakers in India for Rs 7,990. The speakers are available across Sony Centers and major electronic stores in India.

The PumpX speakers have a compact and wireless design. It has one-touch wireless listening with Bluetooth and NFC support. The speakers also come with an in-built microphone that lets the device to act as a wireless hands-free unit and allows users to make and receive calls easily. The speakers support USB charging and claim a battery life of five to twelve hours on a full charge.

According to the company, the PumpX speakers feature a virtual surround sound mode, that promises a wider sound quality. Sony states that the wireless speakers offers strong sonic performance despite their compact size. The speaker weighs just about 500 grams and measures 171mm x 56.5mm x 56.5mm in dimensions. The portable speakers are bundled with a carrying pouch and charger in the box. The PumpX speakers are available in Red, Black and White colours.

The Sony PumpX is also called the SRS-X2 and has been available on the global market for almost an year now. The company's global website has listed the price of the speakers at just $ 69.99 which is considerably less than the price in India. Sony PumpX speakers will compete with JBL, DigiFlip, Creative, Portronics and other similarly priced Bluetooth speakers in the market.