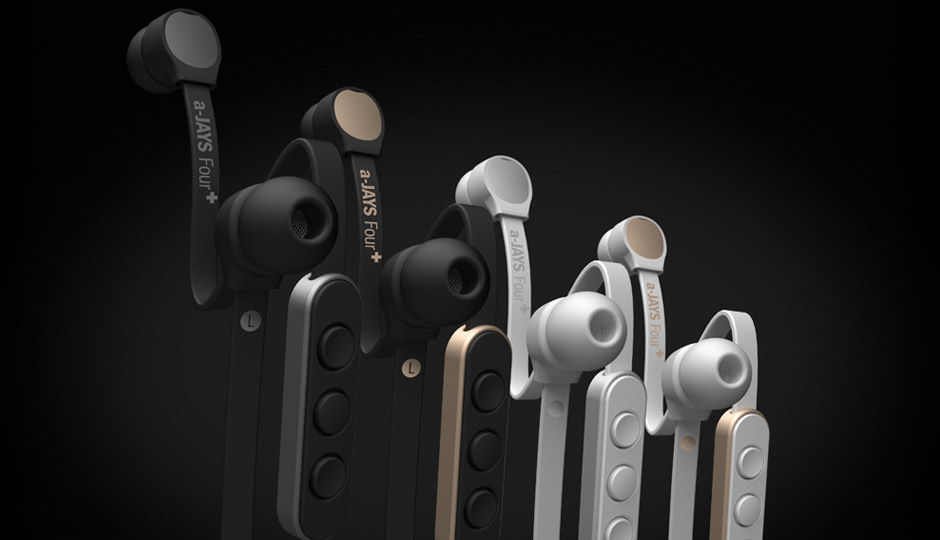 Find the entire Press Release below

The Swedish headphone developer JAYS is now launching an expanded and updated line of its top seller a-JAYS Four, called a-JAYS Four+ in India, in a variety of metal finishing and available for iOS, Windows and Android. JAYS' story began back in 2006. They had a simple idea and a big vision — to create great music experiences that everyone could enjoy and love. Since then, JAYS has launched multiple earphone and headphone models like the q-JAYS, c-JAYS, j-JAYS and s-JAYS with increasing respect and critical acclaim. Today, JAYS is based out of an old brewery in central Stockholm, and the relentless focus on engineering and design innovation is what continues to drive them forward. They believe that by combining innovative technology with good design with a love for music, they can create memorable music experiences that leave an emotional footprint. JAYS is in partnership with Indian distributor Ferrari Video and its retail brand Headphone Zone (www.headphonezone.in). The a-JAYS Four+ is available for purchase in India at HeadphoneZone.in at an MRP of Rs.4,999/-

A new edition of the award winning a-JAYS series, the a-JAYS Four+ has a stylish executive design, award winning sound with in-line microphone and three call control buttons made specifically just for the Apple, Android and Windows. The a-JAYS Four+ comes in black and white with elegant gold or silver accents for every preference. The a-JAYS Four+ improves on its predecessor with its updated tangle-free cables and JAYS' latest remote control and noise-reduction microphone technology. The a-JAYS Four+ also provides enhanced noise isolation capabilities with its multiple eartips in various sizes.