Google to take on Amazon Echo Spot, Echo Show with its own smart speaker + display combo

Google already partners with the likes of Lenovo and JBL for Smart Displays powered by the Google Assistant. The company might now be making its own version of the same. 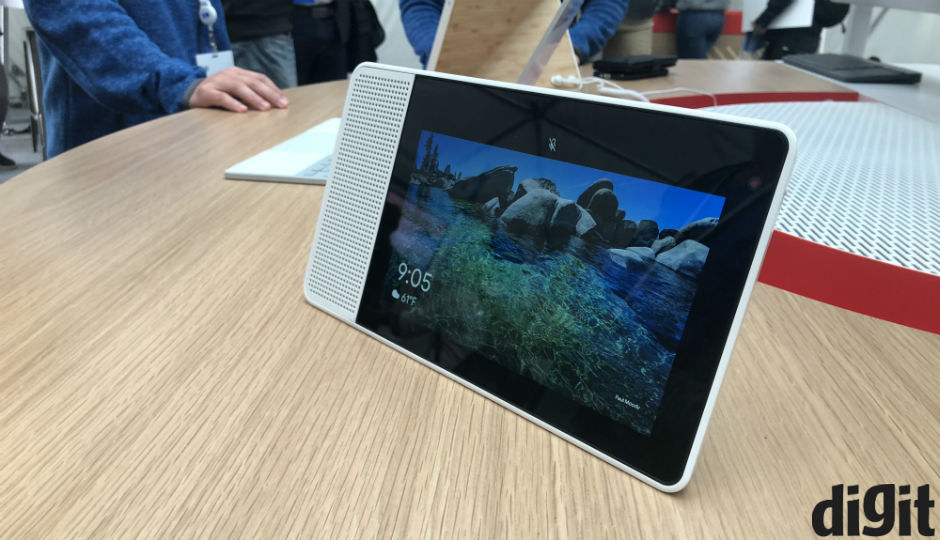 Google to take on Amazon Echo Spot, Echo Show with its own smart speaker + display combo

Google and Amazon are the two biggest competitors in the smart speaker race. While Google has its Home series of smart speakers powered by the Google Assistant, Amazon has its Echo range of devices powered by Alexa. Apple too has its Home Pod speaker range running Siri, but those are still not as popular as the ones made by Amazon and Google, partly because of Siri’s limited functionality and partly because of the speaker’s limited availability around the world.

Google also previously partnered with manufacturers like Lenovo and JBL to launch Assistant-powered Smart Displays which have just now started coming to market. A new report notes that Google might be working on its own version of a smart speaker sporting a display unit. The report notes that Google is rounding up suppliers to manufacture the said smart speaker-display combo and that it will be released around the holiday season this year, alongside the Pixel 3 series of smartphones and maybe even a Google-made Wear OS smartwatch. This can be seen as Google’s efforts to match hardware offerings with Apple - phones, watches and smart speakers. If the report is to be believed, Google is looking to ship as many as 3 million units of the said AI-powered Smart Displays, which seems quite ambitious on the company’s part.

If Google’s Smart Displays are anything like the Lenovo ones we saw at I/O this year, then they can be expected to sport a large form-factor and a touchscreen display, but still keep voice as the main command input method. The Lenovo Smart Display can be used to bring up visual information such as directions of Google Maps, YouTube videos, cooking recipes, and more. Google will need to bring some good visual Actions to the Assistant in order to make their Smart Displays attractive to buyers. The move would also help the company have more say over the markets in which these Smart Displays are launched. From what we were told by company execs on the sidelines of Google I/O, currently both third-party manufacturers and Google together decide the markets in which to launch Assistant-powered displays. While the major chunk of the decision-making relies with the manufacturers, Google advises them in tandem to make sure these products have local features to offer when they are launched in specific markets.