French high-end loudspeaker maker Triangle today forayed into India with a range of products, which are priced up to Rs 44 lakh, 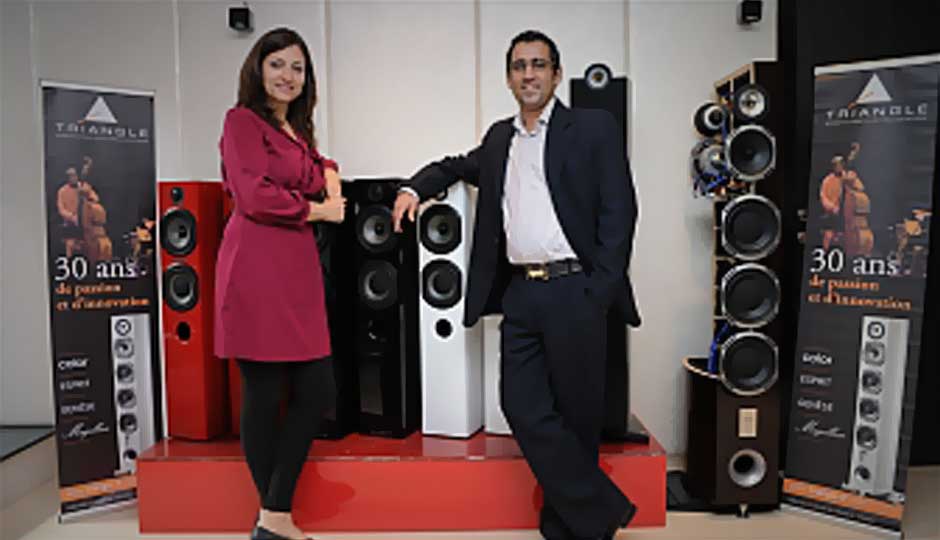 As per the deal, FX Entertainment will import, distribute, retail and service the entire range of loudspeakers from Triangle, France. Triangle products will be retailed by FX Entertainment through their flagship store in New Delhi and a dedicated dealer network, across key metros in India.

To embark on the partnership, Triangle and FX Entertainment announced new range of loudspeakers that would be retailed in the Indian market, at their flagship store, in New Delhi. Triangle also showcased new loudspeakers, including the entry level bookshelf Color series ranging from Rs. 62,600 to the Color floor standers at Rs. 1,22,500 . Also displayed was Triangle's premium Magellan series, ranging from Rs. 8,51,000 to Rs. 44, 00,000.

Speaking at the launch of Triangle in India, Ms. Aurelie Gonzalo, Head Exports, Asia Pacific Region, Triangle, France said, “India is an important market for us and we are extremely pleased to form a strategic alliance with FX Entertainment, a company that understands the market.”

Elaborating on the launch, Mr. Shane Choithramani, Managing Director, FX Entertainment Pvt. Ltd said, “ We plan to expand Triangle’s presence across the country by establishing dedicated dealers for the brand in key metros. We are confident that the consumers will appreciate the exquisite experience that Triangle offers and the brand will take centerstage in the high end audio/video market in India.”