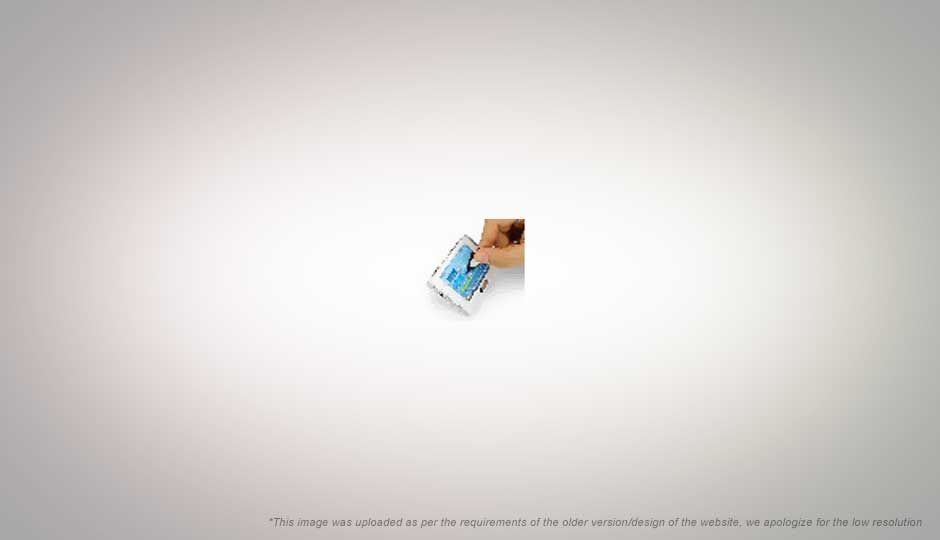 The Cowon D2 is a portable media player with a 2.5 inch full color (16.7 million colors) touch screen. Touch screens seem to be getting in everywhere these days, however, the way Cowon has built the touch screen experience on the Cowon D2 is truly remarkable. With over 50 hrs of music playback capability, and around 10 hours of video playback, this player is certainly ahead of the curve.

The player has a minimal no of buttons, with just a power hold switch, and volume control buttons. The mic is also located on the top between the volume control and the switch. On the left side you have the headphone jack along with an enclosure which contains the USB connection port and the charger port. At the bottom you have an SD card port, which supports full sized SD cards of high capacities.

Although the screen isn’t a multi touch one, it is well laid out, and the interaction design is well done. The device gives you context sensitive options depending on what feature you are using. Such as if you are using it as an FM Radio, tapping on the screen will bring up all actions associated with Radio, radio settings, radio channels etc. similarly, for all other modes of operation. This makes navigating the device quite easy. It also supports gestures such as stroking vertically up and down to scroll in a list of folders and stroking right or left to navigate into, or out of a folder respectively. Controlling playback is also much more powerful and easier as you can tap at any point on the progress bar to go to a specific time.
The volume control buttons on the top can be set to function as forward / rewind buttons when the player is set on hold. This way is it easy to control playback even when the player is in your pocket and the screen is not visible.

Not only this it also supports: TV output, recording radio / line in / voice, recharging via USB, reading text files and bookmarking them, alarm clock, and even programmable recording for FM channels! This is truly a feat considering its small size, and battery life. Surely a product to consider when looking for a portable media player.