Personal and professional audio equipment manufacturer Audio-Technica has launched the ATH-M50xBT, the wireless version of its highly popular ATH-M50x, in India today, priced at Rs. 18490 “Although our M-Series models were originally designed as professional studio monitor headphones, they have become a favorite of discerning music listeners worldwide,” said Robin Ghose, Audio-Technica India, Business Development Manager Professional & Consumer. “The ATH-M50xBT offers the same sonic signature that has made the ATH-M50x an audio industry standard, along with the convenience of Bluetooth wireless operation.”

It was in 2007 that Audio-Technica brought out the ATH-M50. It took them seven years to make the cables removable with the M50x. Since then, back up to October 2018, the ATH-M50 and the ATH-M50x have sold a combined 1.8 million units for Audio Technica.

Nearly five years after the ATH-M50x, the company has liberated the M50 from cables altogether with the ATH-M50xBT. However, it is the similarities rather than the differences that make this one interesting.

The headphone features a closed back design, just like its wired counterpart. The 45mm large-aperture drivers are capable of producing frequencies from 15-28000 Hz and boast of studio-quality accuracy. The build also features Rare-earth magnets as well as Audio-Technica's copper-clad aluminium wire voice (CCAW) coils, the very same as the M50x. The built-in digital-to-analogue converter is also a step towards making it sound like its wired sibling. One wouldn’t be wrong in expecting the same audio quality from the ATH-M50xBT as the ATH-M50x. 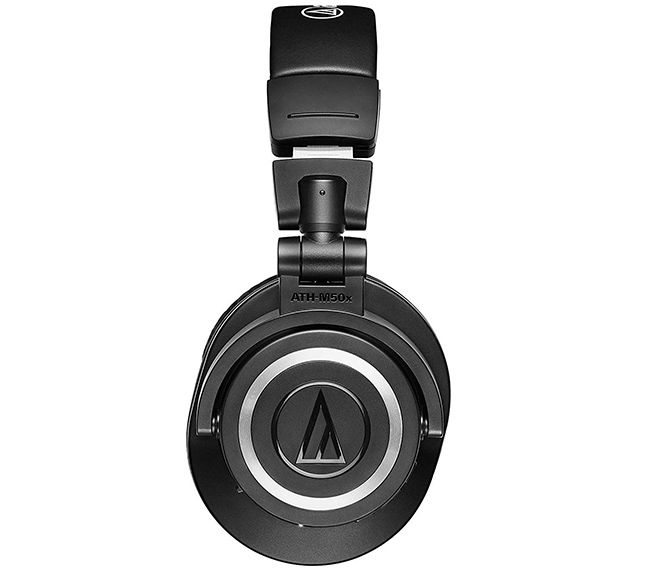 In terms of connectivity, the ATH-M50xBT comes with Bluetooth 5.0 and is compatible with aptX and AAC codecs, promising high-quality wireless audio performance. According to Audio Technica, the ATH-M50xBT is capable of up to 40 hours of performance on a single full charge with the included charging cable. In addition to that, it also supports performance in the wired mode for those who prefer that or when the battery runs low. 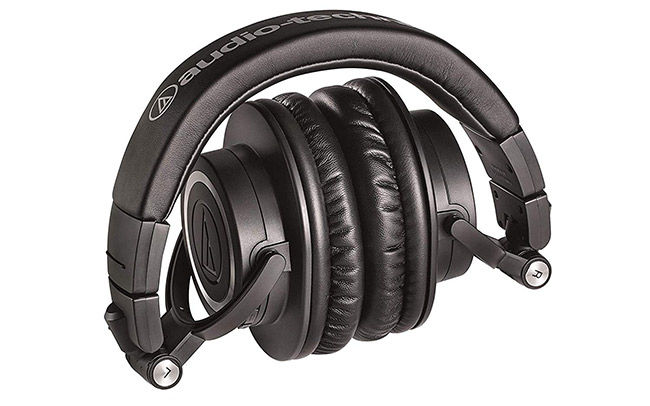 The earcups swivel a full 90 degrees for portability

The earcups swivel a full 90-degrees and come with the same high-quality earpads and headbands as the ATH-M50x, according to Audio Technica. The controls are mounted on the left earcup and can handle phone calls, music playback and volume control. On top of that, a touch interface on the face of the left earcup can fire up the connected smartphone's voice assistant with a 2-second tap. The Audio-Technica Connect app also supports the ATH-M50xBT on iOS and Android, across its full set of tools and features.

Along with the 1-foot USB charging cable and the detachable 3.9-foot audio cable with mic, you also get a carrying pouch in the box to keep the unit protected when you shove it into your bag.

While we cannot say anything about the audio performance until we try these cans out, Audio-Technica does say that it is the same performance and sound as the ATH-M50x. If that does indeed hold up, the ATH-M50x is currently selling for Rs. 10000 (approx) online. A price difference of Rs. 6000 for ditching the wires does seem a bit steep, especially since Active Noise Cancellation is nowhere to be seen. In fact, if you already own an ATH-M50x, you could pick up a Bluetooth dongle like the Signature Acoustics Phoenix for about Rs. 2700 and still save more than Rs. 3000 on the ATH-M50xBT. On the other hand, at that price point, it competes against options like V-Moda Crossfade Wireless and Grado-GW100 in India, as well as cheaper options with ANC from competitors.

Update: The ATH-M50xBT has officially launched in India at the mentioned price exclusively on Amazon India. The story has been updated to reflect the same.