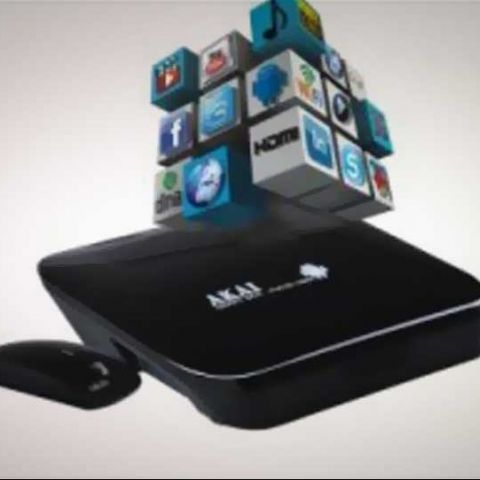 Japanese consumer electronics firm Akai has announced the launch of an Android-based digital media device, called the Smart Box. Priced at Rs. 6590, the Akai Smart Box works with all sorts of televisions, be it CRT, Plasma, LCD or LED, and allows users to use TV to browse Internet, play games and use Android apps.

"Our Smart Box is set to change the way people watch television in India. TVs, irrespective of whether it's a colour TV or LCDs and LEDs, are compatible with the device and using Smart Box can be converted into a smart television," says Akai Managing Director Pranay Dhabhai in a release.

Akai's Smart Box will take on Amkette's Smart TV box called the EvoTV, which launched earlier this year. The Amkette EvoTV features a motion sensing remote control, which will not only control native functions of the smart TV, but apps as well, enabling users to play games, draw etc, with the six-axis gyroscope. It also boasts of Evo Discover, an internet content discovery tool. Read more about the Amkette EvoTV here.