The WeChat mobile messaging app is now available for Blackberry 10 OS users. The app allows users to text each other, swap voice messages and share images with ease. 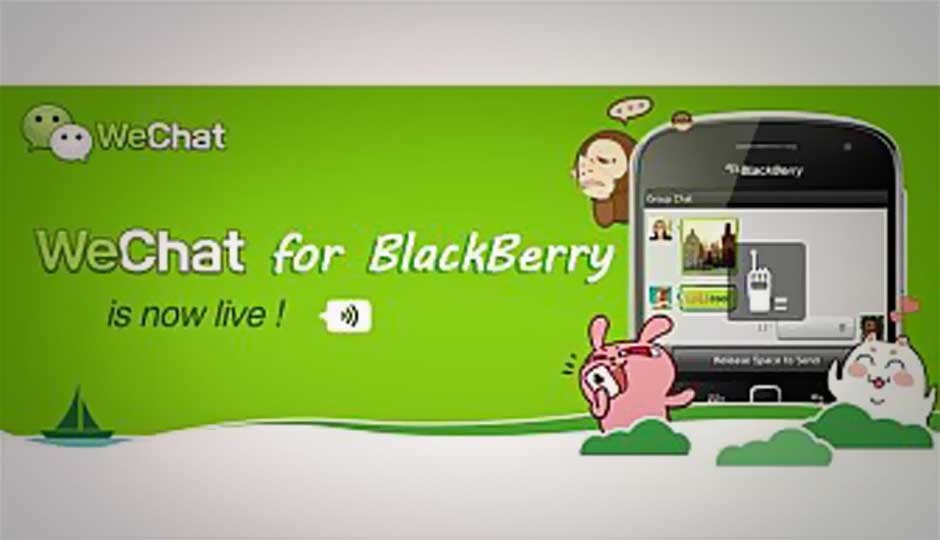 The WeChat mobile social messaging app today announced the launch of WeChat for the new BlackBerry 10 OS platform. The app integrates with BlackBerry Hub providing a seamless user experience and can be downloaded for free from BlackBerry World.

WeChat app for BlackBerry 10 includes animated emoticons and the location-based service to meet and find new friends. WeChat app brings one-on-one and group chat options, along with free messaging, texts and pictures that can be shared easily. Users can also send voice messages to one another with a “Hold to Talk” application. WeChat has also included detailed privacy setting, allowing users to control their security levels as needed. The app is available for BlackBerry Z10, BlackBerry Q5 smartphones and BlackBerry Q10.

WeChat social media app had recently crossed the 100 million registered international user account mark. The company has claimed that it has doubled its userbase in last three months. WeChat is a cross-platform service that allows users to communicate with one another across mobile devices across different mobile operating system. The app has recent rolled out its WeChat 5.0 upgrade that has introduced a game center, a centralized store called the Sticker Shop and even make online payments.

In an independent survey WeChat was found to be the fifth most used Smartphone app globally ahead of both Instagram and Snapchat. The app was launched in India on 1st July and has already acquired more than 5 million users in first three weeks of its launch. The company aims to double this number within a few months.