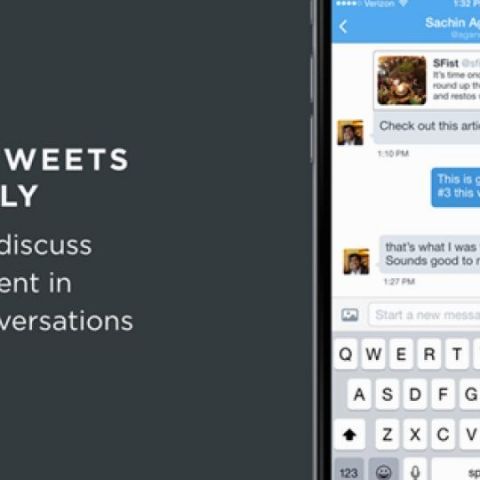 Twitter says, "If you check this option, any Twitter user that follows you will be able to send you a DM, regardless of whether you decide to follow them back," says a note before the option is turned on.

Twitter executives stated that direct messages, would be one of the product areas that the company is planning to focus on. “I strongly believe private messaging virality is important to our long-term growth,” CEO Dick Costolo stated.

Earlier this week Twitter has updated its infrastructure to allow all users to send URLs via DMS. These updates are part of the company’s on-going strategy to grab market share from messaging apps. Twitter users can use DMs to chat with friends, followers and colleagues, but it will take a while for it to catch on as well as Facebook owned WhatsApp, Line and Viber messaging apps.

Twitter has also introduced a new feature that lets you search through specific tweets. The micro blogging site announced on its engineering blog that it is now indexing every tweet since 2006. Users can search from Twitter’s advanced search page and search for keywords or phrases to or from a specific account and time period.