LG has released a video that showcases all the cool new features that users will get with the value pack update on their Optimus G Pro. 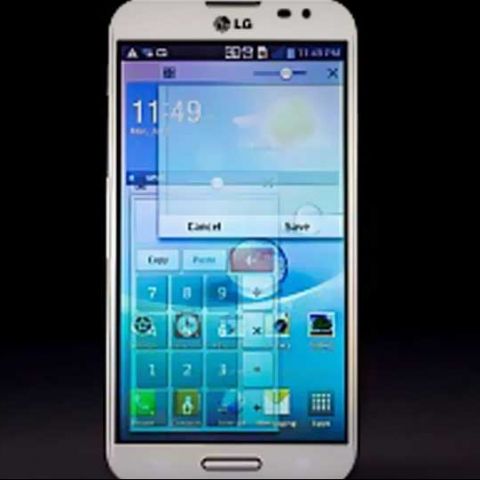 The LG Optimus G Pro value pack update will be available to Korean users on April 12. The features added to the Optimus G Pro via the update are as follows:

Smart Video: Smart Video recognises the position of the viewer’s eyes and automatically plays and stops the video. This is a feature that we have already seen in the Samsung Galaxy SIII.

Dual Camera: Captures a picture of both the subject and the shooter at the same time.

Pause and resume recording: allows users to pause and start in record mode for one continuous video file.

Magic Remote Pad: lets you use your smartphone to control your LG TV.

LG has released a video showcasing the new features LG Optimus G Pro users willl get with the update. You can enjoy the video below.