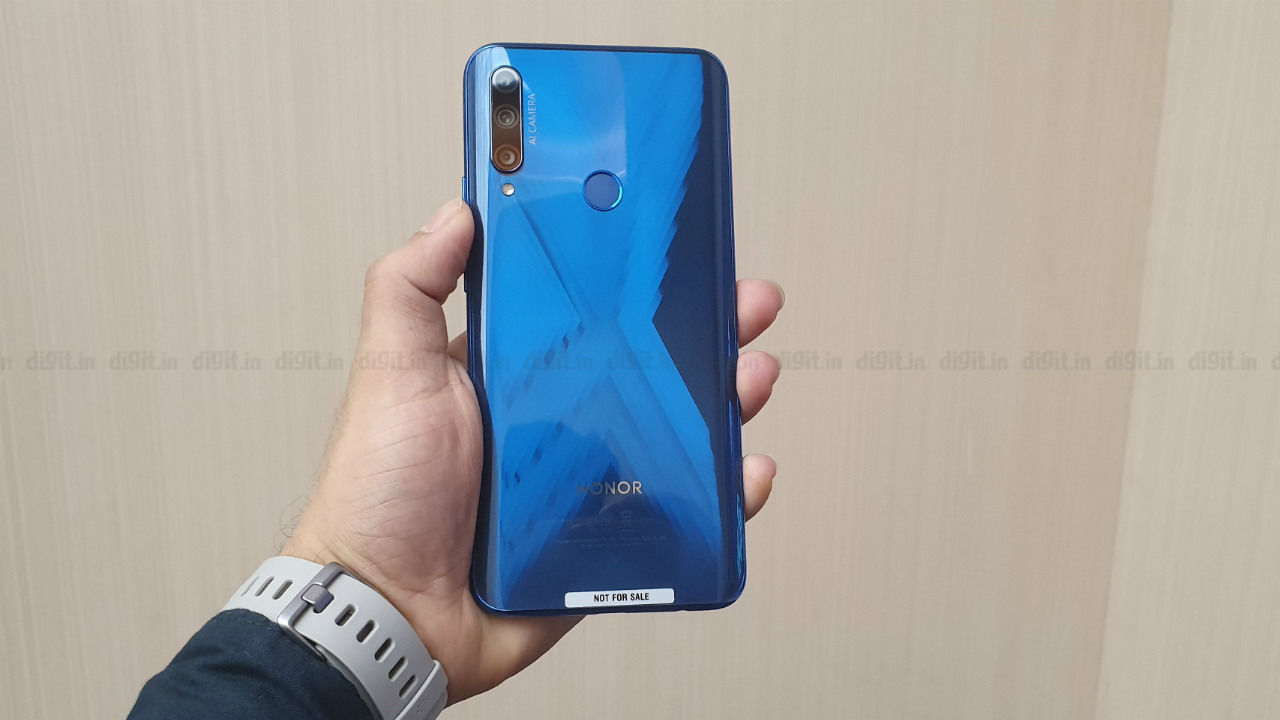 Honor returns to the Indian smartphone market after a six month hiatus. Will the new Honor 9X be able to recapture the market or is it too late to the party? Here are our first impressions.

Honor recently launched its Honor 9X in India, which is a mid-range handset aimed at recapturing the Indian smartphone market. While it might seem like Honor is late to the party, India being a highly price-sensitive market, the company can prove its worth by delivering good devices at competitive price points. Realme for example, followed the same formula and ended up with a 6.7 percent shipment in Q3, 2019 as compared to 1.3 percent in the same quarter last year. While it is too early to predict how Honor’s re-entry in India might pan out, we can surely pen our first impressions of the Honor 9X.

The Honor 9X feels like a standard, sturdy handset but the display seems slightly larger than what we are used to on other phones. This might be because there’s no notch on the phone’s display as the front-camera is housed inside a mechanised pop-up camera. It comes equipped with a 6.59-inch Full HD+ display with a 2380x1080p resolution and at first glance, the display seems fairly vibrant with slightly boosted colours, which isn’t uncommon in most mid-range handsets. However, bright outdoors drastically affects the device’s sunlight legibility even when the brightness is set to max. 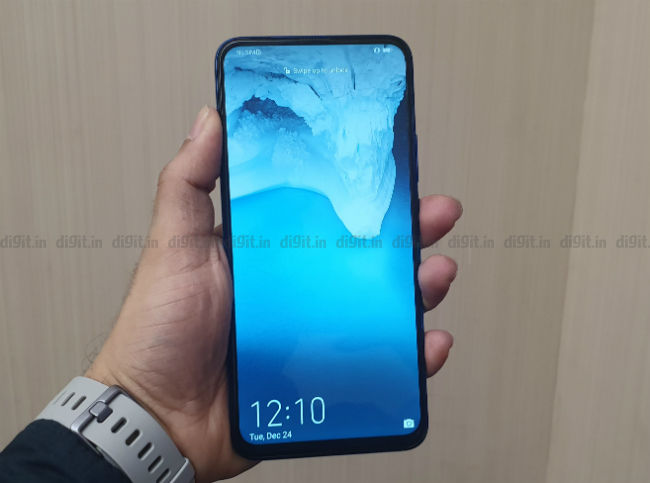 The phone is also slightly hefty, which could be attributed to the glass rear panel. The edges are built out of plastic, which could end up being scratched and scuffed in the long run. However, most of us end up slapping a case cover over the back panel and this reduces the possibility of a handset getting scratched. On the Honor 9X’s rear panel is a pattern design that forms an ‘X’ depending on the angle one views it from. The smartphone looks a bit unique due to the pattern but we tend to not fawn too much over a device’s design. There is a triple rear camera setup on the top-left corner, and a fingerprint sensor sits just above the midline of the phone’s rear panel. 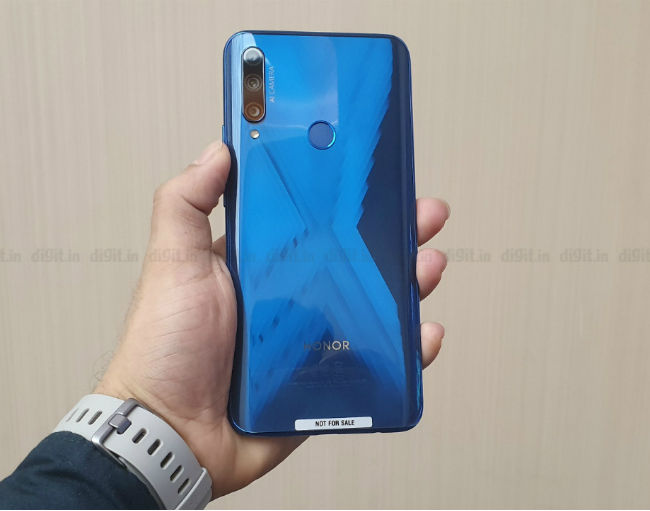 The Honor 9X runs on the HiSilicon Kirin 710F SoC and we didn’t notice any lag or too long app boot times during the limited time we spent with it. Navigating through the UI was a fluid experience as well. However, we can’t conclusively deliver a verdict on the handset’s performance without conducting our array of tests, which you should keep an eye out for in our review. The camera too, performs as expected and in a few images we captured in bright light and viewed on the phone’s screen, they seemed sharp and colours are accurate as well.

However, to be sure about the phone’s imaging capabilities, it is important to view the captured images on a different, standard screen. There’s a 48MP main sensor on the back, which is supplemented by an 8 MP ultrawide camera and a 2MP depth sensor. 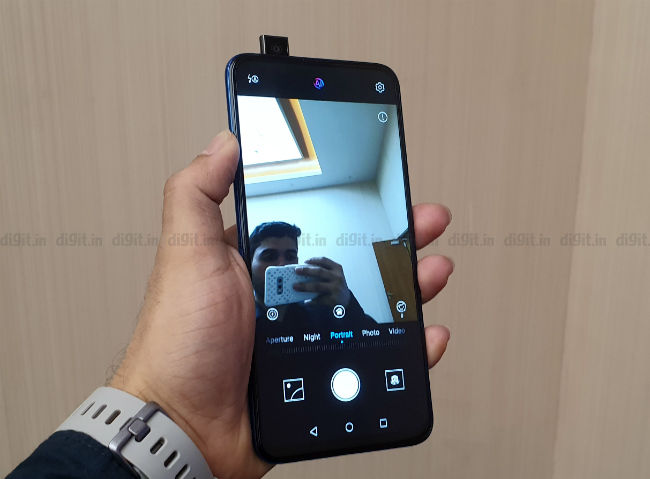 Huawei’s tussle with the US impacted the inclusion of Google apps in the company's handsets. The Honor 9X is an outlier though since it comes equipped with the standard set of Google apps like the Google Play Store, Gmail, Chrome, along with Google account integration. In that sense, the Honor 9X might be the last phone by the company to offer the standard Android experience one is used to. Even though Google Play Store is available on the phone, Huawei Mobile Services and the Huawei AppGallery are still present.

On the surface, the Honor 9X is a neat smartphone that sports a notable display, decent cameras and seems powerful enough to handle everyday tasks with ease. It features decent build quality and comes equipped with all the standard Google apps, including the Google Play Store. While the handset looks good and works well, we will reserve our verdict for the review.