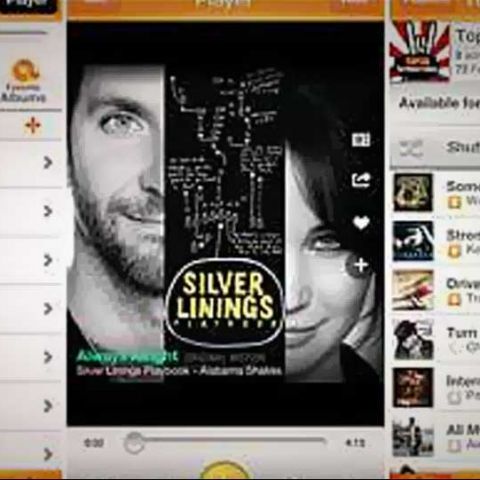 Gaana had launched the music app for iOS, Android and Windows this year. According to Times Internet the downloads from Gaana.com have exceeded the 1 million mark in just 45 days after the launch on Windows Platform. To mark this Milestone Times Internet has launched a premium service for iOS devices called Gaana . It has also announced a free version of the update across all platforms.

This the first major update from Gaana.com after its launch. The Gaana 2.0 has added new services like ‘My Zone’ that allows users to access their favorite songs from different devices. The service gives a multi-bit rate streaming for the best buffering-free experience even with a slow Internet connection.

The Gaana Service for iOS is available free from the App Store; however user needs to pay $2.99 a month for the premium Gaana service. The Gaana service allows users to download and save multiple songs to make a playlist that is available to the user even without an Internet connection.

The service also allows users to stream music with download speed of 320kbps. The users also get an ad-free listening experience. However the app doesn't have the functionality to offer full albums for offline listening yet. Satyan Gajwani, CEO of Times Internet stated that the feature will be introduced soon with the next version of the app. Times Internet added that the premium Gaana Service will also be made available for Android Soon.