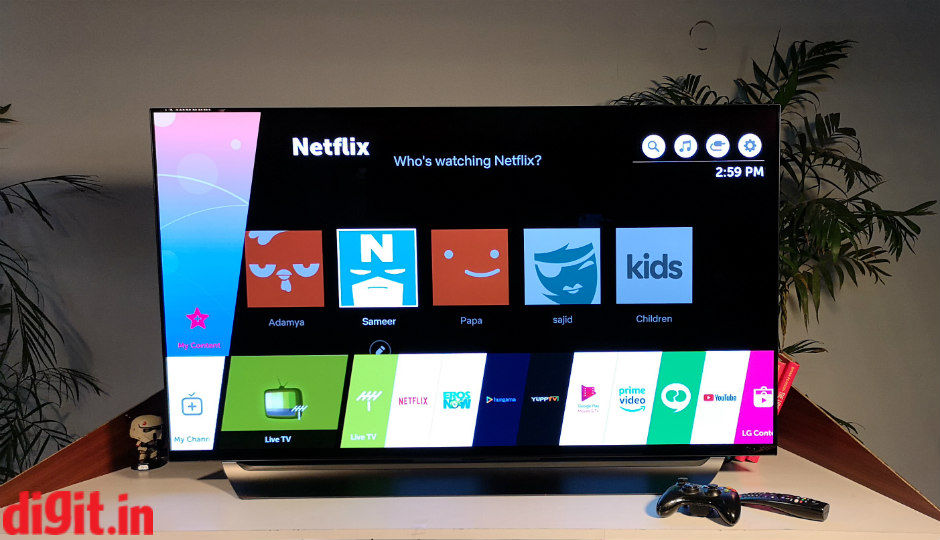 LG has announced the launch of their 2018 OLED TV line-up to take on the Sony A8F and Samsung’s QLED TVs. We had the opportunity to review the Sony A8F and you can check out our review of the TV here. We’ve had the 55-inch LG C8 TV for 2 days now and we had a chance to spend some time with it. Here are our first impressions. 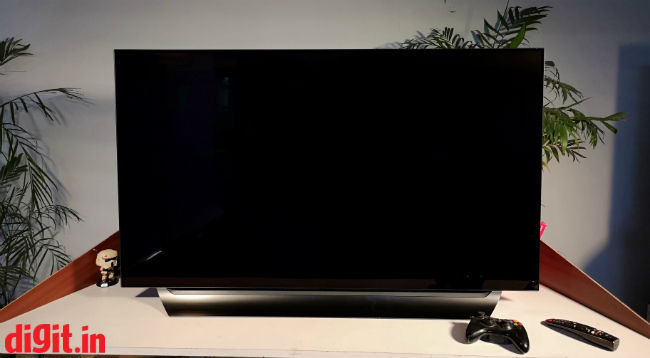 Speaking of design, the 55-inch LG C8 is as slim as its predecessor. We put the TV on its table top stand. The stand isn’t as narrow as the one found on the Sony A8F and that isn’t necessarily a bad thing. The stand is wide ensuring the TV sits sturdy on the table. The stand has a curved shape which is not only a design statement but also works at directing the sound from the TV toward you. 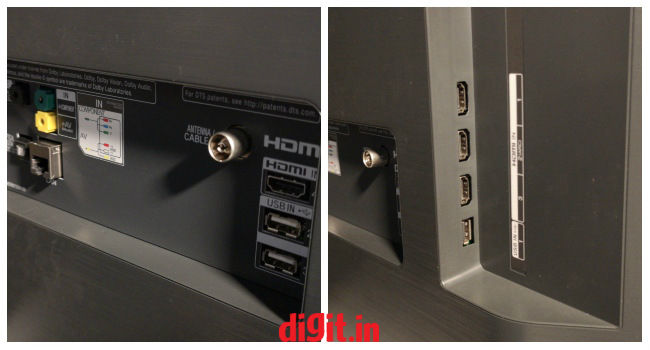 The TV has 3-HDMI ports on the side and one at the back. Its nice to have more HDMI ports on the side, as it is easier to reach when you have wall mounted the TV.  The TV display is really slim, and it gets thicker towards the bottom as the bottom houses the internals, and the speakers. Overall the design of the TV is similar to what we saw last year which isn’t necessarily a bad thing.

At its heart, the LG 55-inch C8 runs on LG’s webOS + LG’s ThinQ AI that we saw in action at CES 2018. The OS is as smooth as it has ever been, and we think that WebOS is one of the best TV OSes out there when it comes to consistency and fluidity. The TV also recognises voice inputs.

What’s new with LG’s OLED TVs this year is AI. The TV will use natural language processing for you to seamlessly be able to search for the content you want. Press down the microphone button on the remote control and simply speak your commands. When we said the name of a movie or a TV show, we got a list with Netflix being the only platform showing results apart from YouTube. This is a little odd as we took names of shows on Amazon Prime Video and they didn’t turn up, even though the remote has a dedicated Amazon button on it. We will delve more into the OS in our review and put all its AI claims to the test.

A cool thing about the new LG TV (and the OS) is that when you watch content from Netflix or Amazon Prime Video that is Dolby Vision, HDR, etc. you will see a prompt in the top right corner of the display. This is a small touch, but it is nice as it gives you confirmation of the quality of the content you are watching. The display settings will also change automatically to suite the content you are watching, which is always welcome, especially when the presets do a good job of making the content look more appealing. Just remember to turn Motion Flow off to avoid the super smooth effect. The OLED panel is quite reflective, but that’s the case with all OLED TVs. 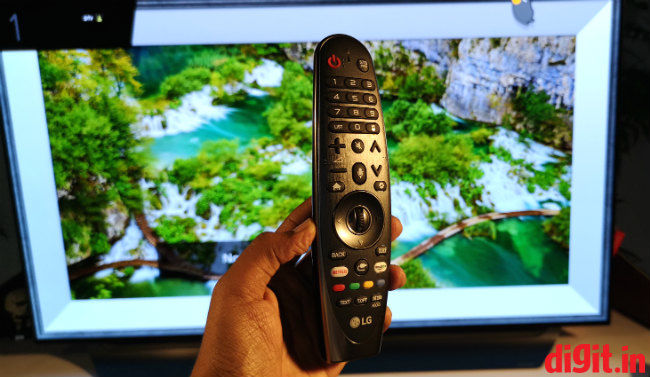 The LG 55-inch C8 comes with the Magic Remote control we’ve come to love from the brand and it works just like a magic wand should. It also has a dedicated button for Netflix and Amazon Prime Videos which is nice, and accessing settings is literally a flick and a click away. The remote is a little heavy for my liking but it adds to the build quality. The magic remote has a curved design which seamlessly fits in one’s hands. I only wish there were playback controls, but you can use the navigation buttons for playback which work well.