4K TVs: What you should know 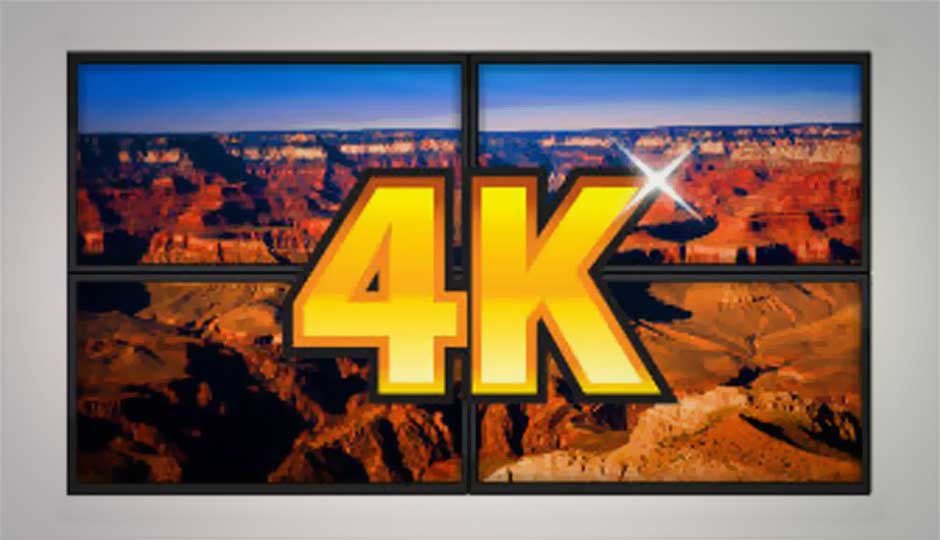 Full HD isn’t the ultimate resolution anymore. Televisions have moved on, to greater and better resolutions. 4K, in spite of the lack of content at present, is supposed to become the standard for Blu-ray discs, and even for HD channels broadcasts, at some point of time. Let us run you through what 4K is all about.

The term, 4K, denotes a very specific resolution - 4096 x 2160 pixels, to be precise. This is the set resolution for anything that is recorded as true 4K content. Some people refer to any content with around 4000 horizontal pixels as 4K, but that is strictly not true.

Is it the new Full HD?

No, the answer is that simple. Which is why, companies are spending a lot of money on making new 4K TVs. So, can you buy a 4K TV today? Sony kicked off the segment with the mammoth 84-inch 84X9005. This TV costs upwards of Rs 15 lakhs in India. The company recently launched 65-inch and 55-inch versions, at Rs 4.50 lakhs and Rs 3.05 lakhs respectively. LG got into the game as well, with the 84-inch HD 3D TV costing around Rs 17 lakhs. Samsung recently launched the 85S9 4K TV in India, costing Rs 27 lakhs. At the moment, unless you have a lot of spare cash lying around that you desperately need to splurge, it's better if you wait before going out and getting yourself a 4K TV.

This is where things get tricky. With such a huge boost in the resolution, any existing 1080p content will also look weird on a 4K TV, no matter if somehow it's even up-scaled to that resolution. This brings us to the question of native 4K content. Yes, Sony is now selling the FMP-X1 4K Media Player for around US $800 in the U.S., with some content preloaded. To get you started immediately, the device will come preloaded with 10 films in authentic 4K resolution. The device has a 2TB built-in hard drive, and web connectivity. The service that Sony is talking about, the Sony Video Unlimited 4K, is supposed to be rolled out later this year, and is expected to refresh the 4K movies and TV shows line-up regularly. However, keeping in mind the kind of broadband speeds most of us get in India, we won’t even dare to consider downloading a 4K movie, if this service were to launch in India in the near future. Alternatively, this content will also cost a considerable amount of money. It will not come cheap, with the prices being quoted ranging around $30-$40 for a 4K movie, and $10 for a limited period rental.

When will TV channels become 4K?

That is still quite some distance away. After the first 4K TVs from Sony and LG were unveiled late last year, a couple of channels did go live, one in Europe and one in South Korea. But at the moment, that's pretty much it. Most broadcasters are planning 4K channels, but do not expect them to start beaming before 2014, actually 2015 to be realistic. The 2014 FIFA World Cup Final from Brazil is scheduled to get a 4K broadcast in Japan, but that is more an “on-demand” broadcast. In India, it is a different story. DTH operators are struggling for satellite space to even carry all the 30 odd HD channels beaming in the country. For them, 4K seems like a million miles away.

The answer is simple: wait. Unless you can splurge the cash and have a home snazzy enough to accompany the 4K TV, we would suggest you hold on. There is not enough content to justify the expense, and whatever content is available costs a bomb.