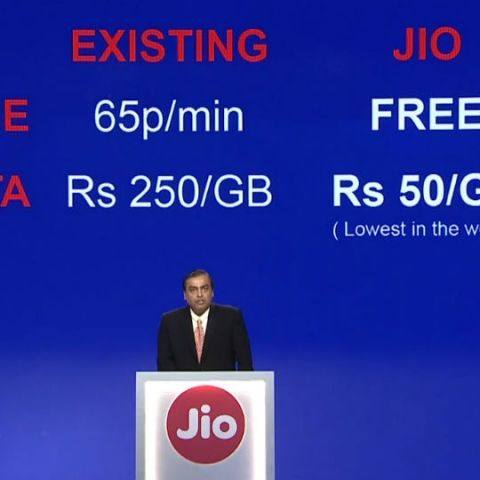 “India’s digital mother tongue will be IP, Jio’s IP.” With that statement, RIL Chairman and MD, Mukesh Ambani started a spate of announcements that have taken not only India, but the world by surprise. Reliance Jio, the company’s biggest ever digital bet, is all set for a country-wide rollout and what it offers is a massive array of data offers, which no doubt, will give all other telecom operators in India, a run for their money. With an aim to “transform India from a high price data market to one with the lowest data rates anywhere in the world,” here’s a detailed look at everything Jio, announced at the Reliance AGM 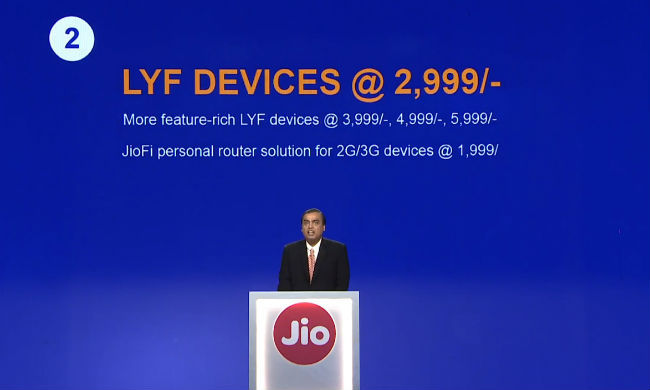 Reliance Jio has introduced yet another smartphone under its LYF brand of devices. This time around, it is the most affordable 4G LTE smartphone in India. The lowest price of a Reliance LYF 4G/LTE enabled smartphone is Rs 2999. There are 3 additional devices in LYF’s budget 4G category of smartphones, priced at Rs. 3999, Rs. 4999, Rs. 5999 respectively. 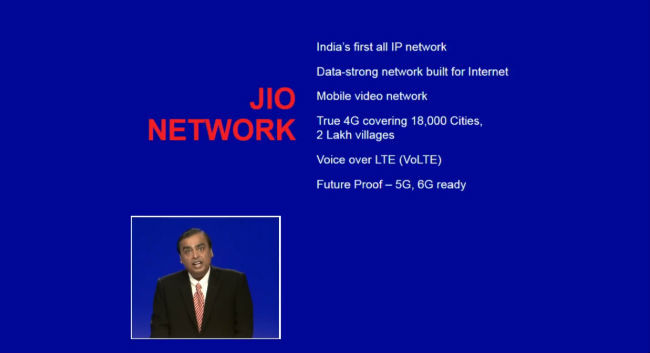 If you are thinking of moving over to a Reliance Jio connection, now is the time. The company has announced a bunch of irresistible offers to those looking to adopt the new 4G-only network. Yes, Jio now claims to have the largest 4G-only network in the world, and boy! do they know how to rope in customers. Here’s what you get for switching to Reliance Jio right now.

Reliance Jio has rolled out some of the most competitive 4G data pricing offers in the world! The pricing structure for Reliance Jio plans is also very simple. There are 10 main plans in Jio’s pricing structure, and data prices decrease with an increase in usage. Jio’s Rs 50 for 1GB of data is the lowest data plan in the world! Here’s a screenshot of all of Reliance’s pricing plans for Jio’s network. 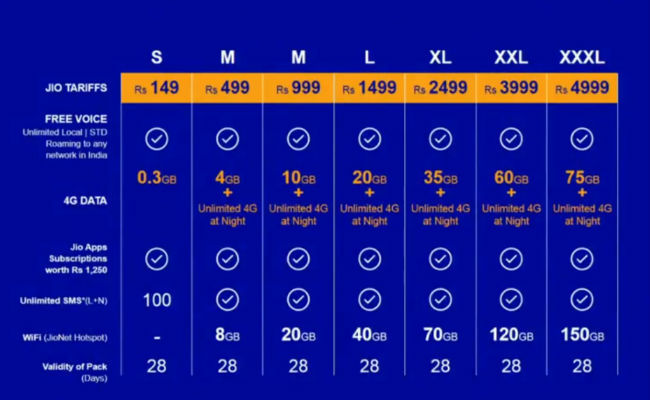 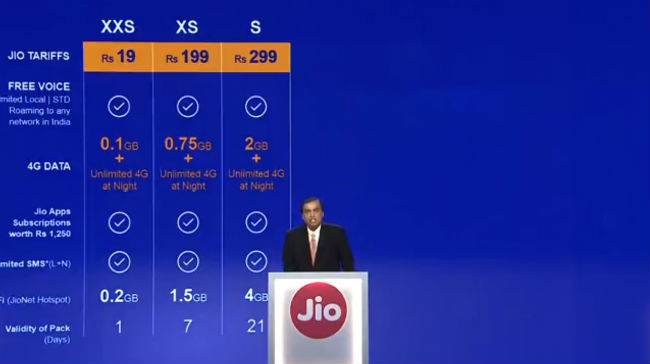 Along with these highly affordable data rates, Reliance has also promised that Jio customers will be able to track their usage in real time. For this, Ambani claims that all Jio users will get a real-time notification of their bill, after each data usage session.

Jio also has a special pricing plan for all students with a valid photo ID. With this offer, students can get an additional 25% data on the Jio 4G network.

Reliance Jio will also be rolling out free Wi-Fi hotspots across the country. Ambani clains that Jio will setup 1 Million Wi-Fi hotspots near schools, colleges and other public spaces by next year. Jio is also putting up Wi-Fi hotspots in 30,000 colleges in India. 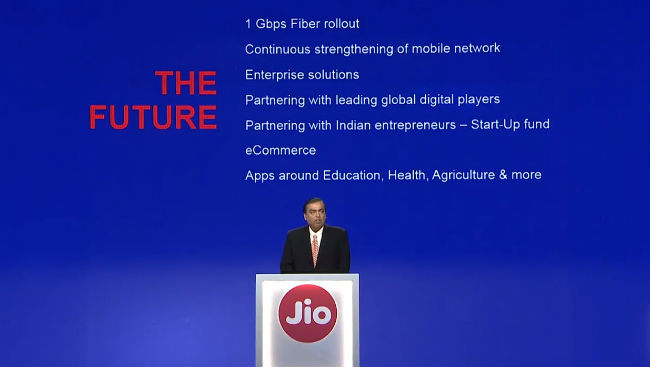 Yes, the announcements don’t end just yet. Reliance Jio will be rolling out  a 1Gbps Fiber-to-home network across 100 major cities in India. There was no information shared about the exact date of this roll-out, but Ambani said that it can be expected in the next few months.

At the Reliance AGM, Ambani also announced a new Digital India Start-up Fund, keeping with the Prime Minister’s Start-up India initiative. “Rs. 5,000 crores of venture capital is to be invested over 5 years to encourage young entrepreneurs, to build their businesses in India,” said Ambani. Keeping with the Digital India theme, Ambani also said that Jio is working on a slew of apps on education, health, rural livelihood, and many other categories to reach”corners of India”.

Currently, Reliance Jio’s network covers 18,000 cities and 2 Lakh villages, and Ambani claims that the network will cover 90% of India’s population by next year. Ambani claims the Jio also has the bandwidth to support Augmented Reality, Virtual Reality, 5G and 6G in the future. And that’s all folks! You can visit your nearest Reliance Digital stores to grab your Jio connection right now!