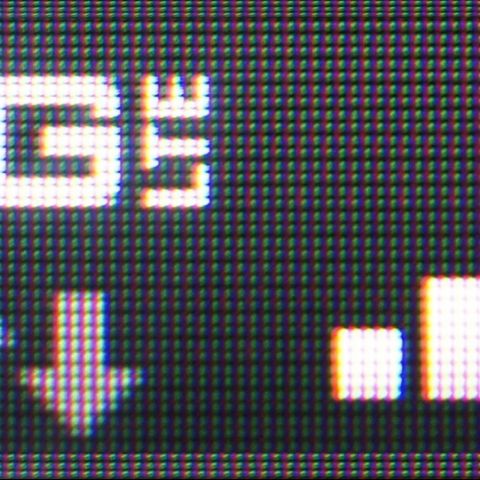 India's telecom industry is now more focussed on the data segment for its further growth. While there has been a significant rise in the number of data users in the country, demand for improved and faster network has grown. Current networks 2G and 3G networks have arguably failed to satiate a growing data-hungry users base in the country. 4G LTE, the next generation of telecommunications, is expected to be a game changer.

4G currently is sporadically available in India, but it seems far from being the mainstream network in the near future. Prior to its a full fledged roll out, 4G faces multiple challenges. One of the main challenges is the improvement of the existing networks along with deploying the fourth generation broadband services. Read: 4G in India: Challenges and opportunities

We had an opportunity to interact with Mr. Derek Long, Principle Consultant – LTE, Ericsson India about the status and future of the 4G LTE in India. He gives us an in-depth insight on the LTE deployment, efforts to improve quality of service and key factors that will drive the network in India. Check it out below:

Is India ready for 4G? How soon can we expect 4G to go mainstream in India?

4G/LTE is still at a nascent stage and existing roll-outs are small in comparison to 3G. The Indian market has only seen select 4G roll-outs by Bharti Airtel. Reliance Jio is all set to rollout 4G services across the country. Operators over the years have invested in expanding their network to provide faster and better data experience. The next phase in the India telecom market involves building data and services to deliver greater value to consumers and drive more profitable growth.

The prospects are immense in India with several factors driving the 4G uptake. It is estimated that India’s mobile subscriber base will grow from 795 million in 2013 to 1145 million subscribers by 2020. Simultaneously, smartphone penetration will grow from 10% or 90 million devices in 2013 to 45% or 520 million devices. Mobile broadband usage is on the rise with social media, web browsing and chat driving more than a third of the mobile broadband traffic currently. Video consumption also continues to grow. All these factors will contribute to 4G uptake. According to our recent study, India will have 105 million 4G subscribers by 2020.

What is the status of 4G globally? What's the trend, especially in the emerging markets?

There is a strong momentum around 4G globally. As per GSMA, 497 network operators in 150 countries have committed to deploy LTE networks so far, of which there are 288 commercial LTE networks in 104 countries already.

The uptake of 4G connections is also expected to increase from 3% of the global total in 2013 to a quarter by 2020, by which date there will be 2.3 billion 4G connections.

We believe emerging markets like India and China with their huge mobile subscriber bases and low penetration of traditional broadband will shape the Mobile Broadband revolution and define the ecosystem in terms of technologies, devices and use cases in the future.

LTE is a technology that will provide high speed wireless broadband user experience to the subscribers in India. Ericsson is actively engaged and committed for the development of LTE ecosystem globally.

The major challenge that we see today for 4G anywhere in the world, is the lack of a robust ecosystem of devices, which happens with every new technology. There is progress here but not the necessary volume and this stage to bring down prices. That said, we believe this will get ironed out over time as the deployments continue to grow.

In some telecom circles, the spectrum allocated to BWA operators has a very small guard band between them, which necessitates the requirements of coordinated networks, and high quality radios.

A significant percentage of backhaul networks in India carry or dimensioned to carry the voice traffic, which is required to be upgraded in a phased manner to carry the high speed data that is made available over the air by LTE Technology.

Please shed light on spectrum allocations for the LTE in India. Is it at par with the allocations in the West or globally?

While different markets have opted for different frequencies for LTE deployment, 1800 Mhz has emerged as a preferred choice with the largest number of deployments. As per GSMA, so far 279 LTE networks have been commercially launched in 101 countries. 43% of LTE operators have used 1800 MHz (band 3) spectrum in their networks. We are seeing a similar trend emerge in India as well with all key operators bidding and securing 1800 Mhz spectrum in the recent concluded auctions.

Additionally, more spectrum auctions are in the pipeline in India in the 1800, 800 and other bands, so quantum of spectrum is also not a challenge as we move forward in mobile broadband deployment in India.

Is 1800 MHz more suitable for the LTE roll out in India? What other bands you think will suit Indian users as well telecom operators?

Globally, 1800 MHz is the prime band for LTE deployments. Indian operators will benefit by aligning with global deployments for LTE in the 1800 Mhz frequency. They will benefit by taking advantage of things like international roaming and also user devices ecosystem which is the largest for 1800 MHz.

While we talk about growth of the 4G globally, majority of India is still on 2G and 3G networks. Do you see co-existence of 2G, 3G and 4G in India? How will operators improve the existing 2G and 3G networks along with deploying 4G nationwide?

There is tremendous potential for mobile broadband in India. The question really is of need and affordability, which varies across different segments of consumers. We believe every technology will have its own set of unique customers as the country moves up the internet consumption maturity curve. India continues to be a strong voice market with more than 85 % revenue still being generated from voice.

So does 4G have a potential customer base in India today, the answer is Yes. Is it mass yet, we believe No.

a. Operators have to answer the trio of questions: which technology, which frequency, which geography? This is the key to effective spectrum deployment phase that follows spectrum allocation phase (auctions and harmonization)

b. Permutations and combinations of the above three axes leads to decisions whereby one decides.

c. The past 25 years have brought a digital age; an age of massive computing power, high-speed data access, mobile communication and, more recently, the cloud.

d. Mobile and digital technologies are expanding into more areas of society and business, and opportunities for radical innovation are emerging across industries, public services and private life.

e. Operators deployment strategies would evolve around these factors based on their growth plans.

What efforts should be made to improve quality of service?

Mobile broadband experience for users is a challenge at present, with only a third being able to access internet over a mobile broadband network every time they attempt. “Consumers’ value broadband and their expectations around experience are evolving fast. Smartphones and MBB services are becoming more affordable and as a result, we are seeing the advent of a new Networked Society in India as in other parts of the world that will benefit consumers and businesses alike. Users also value superior network performance as they rate network reliability, coverage and speed as the top three parameters for a good mobile broadband experience. Operators looking to effectively monetize broadband services and tap future growth opportunities need to significantly invest in scaling network performance in three areas – ensuring network ubiquity, consistent app coverage and new charging models based ‘personalization’ that address consumer’s specific preferences.

Price is certainly going to be a challenge. What's your take on the pricing for 4G?

TCO of 4G will be higher than 3G due to limited ecosystem at this stage. Initially, we see 4G being used by the evolved MBB users in India as a high speed connection for applications beyond voice.

What key factors will drive LTE in India?

A large part of India is yet to be penetrated by mobile broadband. As smart devices are becoming rapidly cheaper, their increased penetration will increase data consumption, as well as the requirement to spread coverage into increasingly suburban, residential and rural areas. Nevertheless the voice market is still big, providing a significant proportion of operator’s revenue. Therefore, in the search for additional Mobile Broadband spectrum, there will continue to be a search for ever smarter use of spectrum for voice services.

In the transition to Mobile Broadband services, the addition of data capabilities has added considerable complexity to networks. Furthermore, operators will seek to improve network capacity and performance and hence further increase data usage through heterogeneous radio networks as well as Wi-Fi. These and other trends need to be efficiently managed in order to contain the complexity which leads to new technology and support system needs.

Ericsson identifies network performance and consumer experience as key to Mobile Broadband growth in India. A strong user base and high-speed broadband connectivity will fundamentally change the way people live, interact and do business; with consumers expecting data connectivity at all times, everywhere. High speed use cases like education, streaming entertainment, enterprise productivity applications etc will play a major role to promote LTE.

Best plans under Rs 1000 from Vi,Jio and Airtel to help you watch the IPL live
BSNL may finally jump on the 4G bandwagon soon
Realme GT Neo 2 to launch in India: Specifications and features
New Jio Phone Recharge Plan to hustle in a new era of internet literacy in India
Airtel looks to take cloud gaming in India to the next level with latest 5G trial
Advertisements