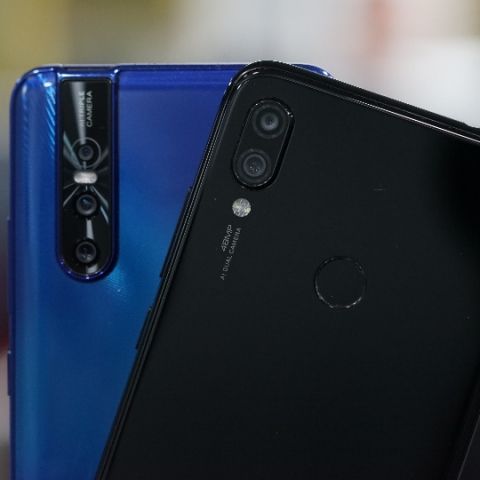 48-megapixel cameras are all the rage right now, but not all 48MP cameras are made the same. Presently, there are four smartphones in the Indian market and they use either the Sony IMX586 sensor or the Samsung GM-1 sensor to offer 48-megapixel imagery with greater sharpness, higher dynamic range and more detail. That’s not the only thing common between the two camera sensors. Both sensors are half-inch in size, the largest ever put in a smartphone. However, the approach to achieving 48MP differs in the Samsung GM-1 and the Sony IMX586.

The Samsung GM-1 sensor has 48 million 0.8 micron pixels but the output is 12 million pixels or 12-megapixels. That’s because the Samsung sensor combines four adjacent pixels into one to create a large 1.6-micron pixel size using the technology called pixel binning. When required, it then upscales the image to 48-megapixel. The Sony sensor also has 48 million 0.8 pixels but it uses a quad-Bayer layer and outputs in native 48MP. However, since the file size will be much larger, most smartphone makers have offered 12MP photos in 4:3 aspect ratio by default with the option to generate 48MP shots as a separate feature. The Samsung sensor is apparently relatively cheaper to manufacture and is offered at a cheaper price to OEMs.

Disclaimer: The images used in the article are downsized to be optimised for the web. To see the images in their original 48MP resolution, head to the Flickr gallery linked here (Redmi Note 7 Pro) and here (Vivo V15 Pro). Also note that the images delivered by the Redmi Note 7 Pro and the Vivo V15 Pro are also subject to the algorithms, image processors and the lenses used in the respective phones, which may affect the final JPEG of the 48MP output.

One of the primary reason for packing more pixels into a photo is the amount of detail you can see when zoomed in. A higher resolution allows for a larger print of the image, and also for a better crop with the details preserved. Both the Sony IMX586 and the Samsung GM-1 sensor, with their 1/2-inch size and 48 million 0.8 micron pixels, managed to outdo most of the standard camera sensors in use all this while. You do get way more details than ever before, but it’s not all good.

The Sony IMX586 sensor on the Redmi Note 7 Pro, when shot using the 48MP mode, failed to maintain focus on the subject. While the photo looks fine on the phone screen, when viewed on a colour-calibrated monitor, zoomed in to 100 percent, it’s clear the details are not as sharp. 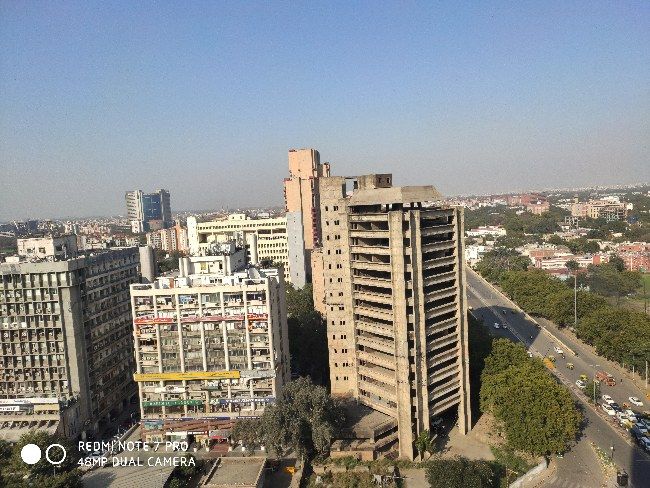 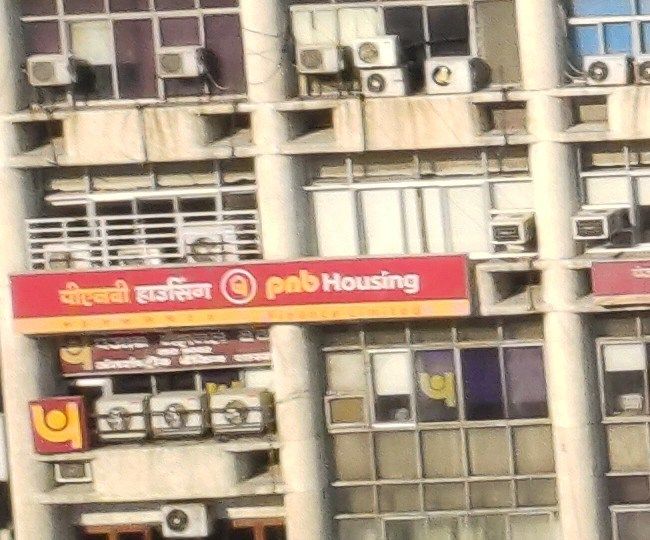 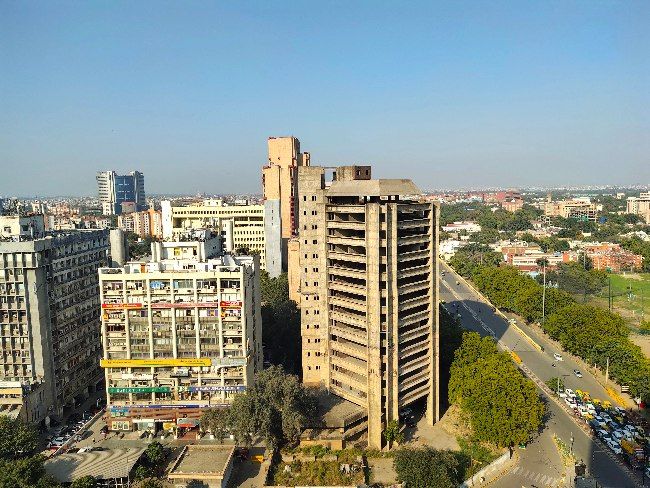 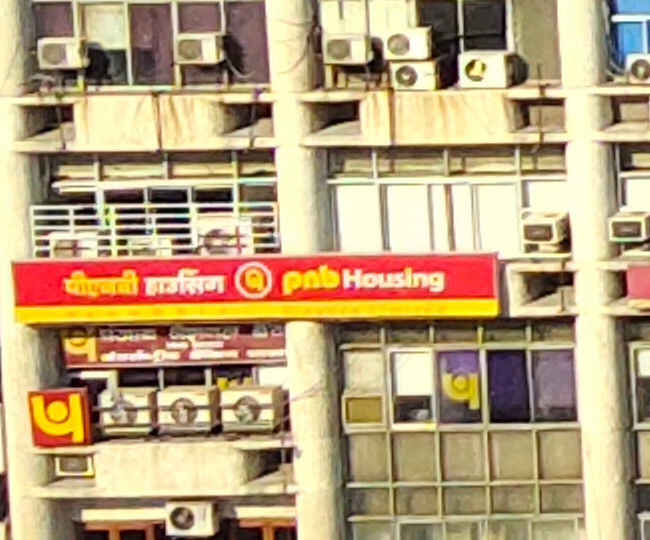 In the first sample, the text on the hoarding is clearly visible on the image taken by the Vivo V15 Pro, while the Redmi Note 7 Pro’s photo is a little hazy. The output from the V15 Pro is certainly much warmer and Vivo outputs images in DCI-P3 colour space. The Redmi Note 7 Pro also seems to be doing a lot of edge smoothening and noise reduction which is evident in the 100 percent cropped sample.  Having said that, both phones capture far more detail than any standard camera sensor will. 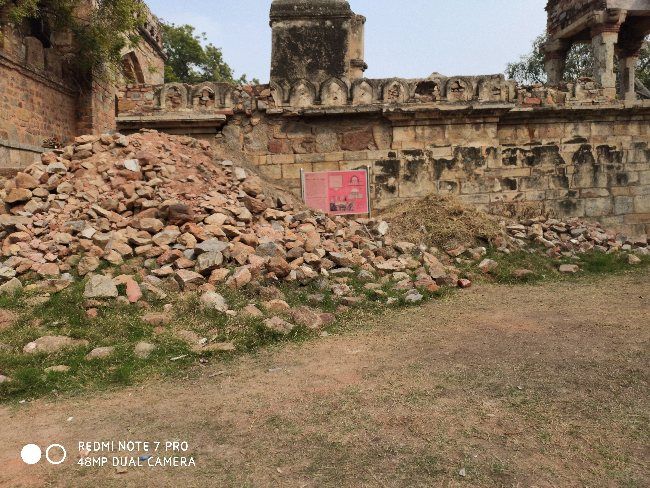 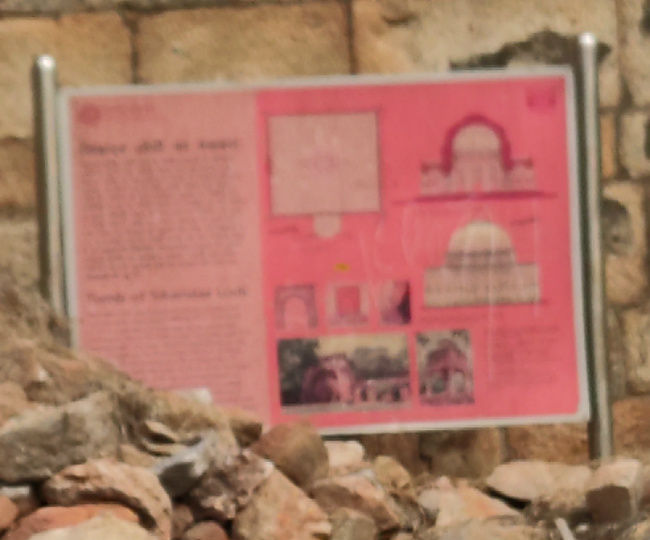 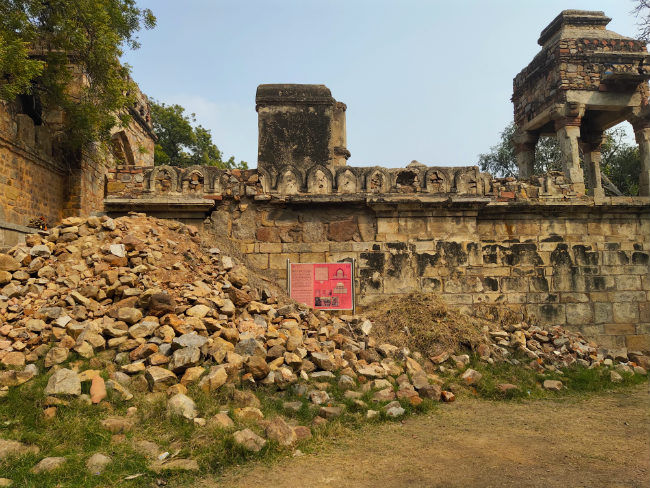 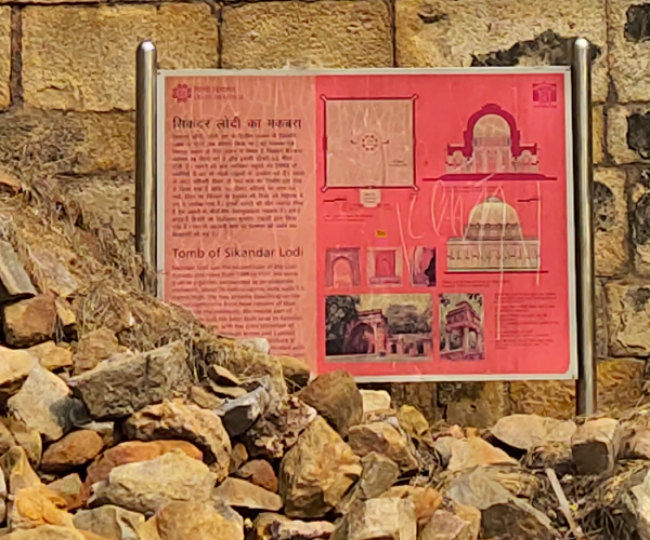 In the second photo, the difference becomes more apparent. The Vivo V15 Pro with the Samsung GM-1 sensor seems to be far too adept at preserving details of objects that are far away, as compared to the Sony IMX586 on the Redmi Note 7 Pro. 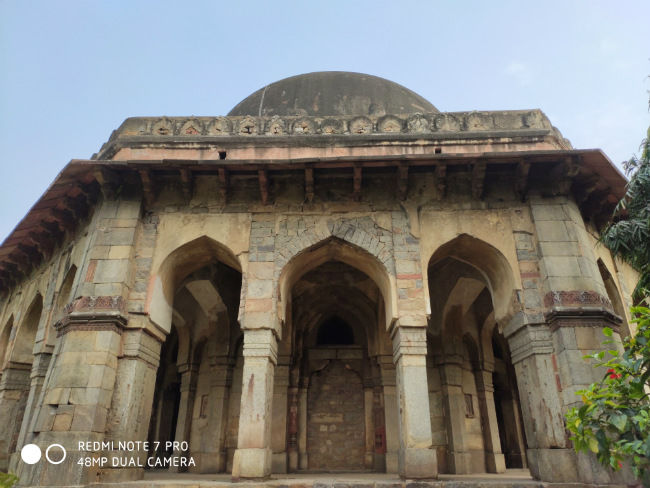 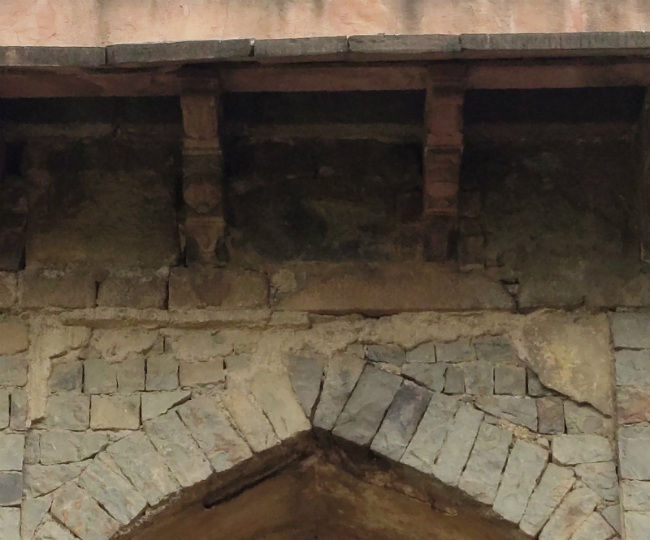 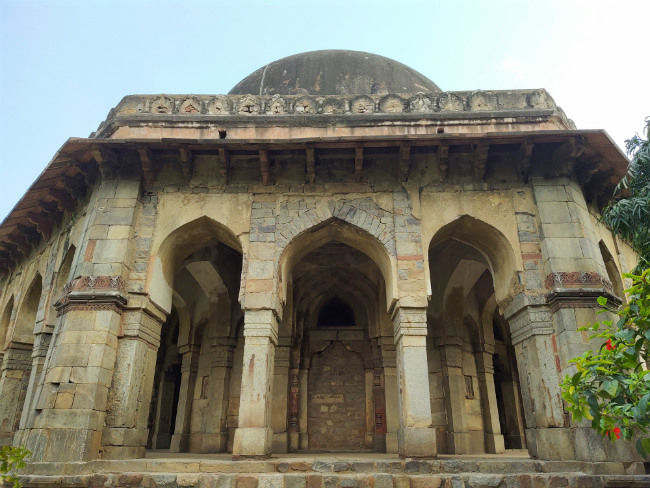 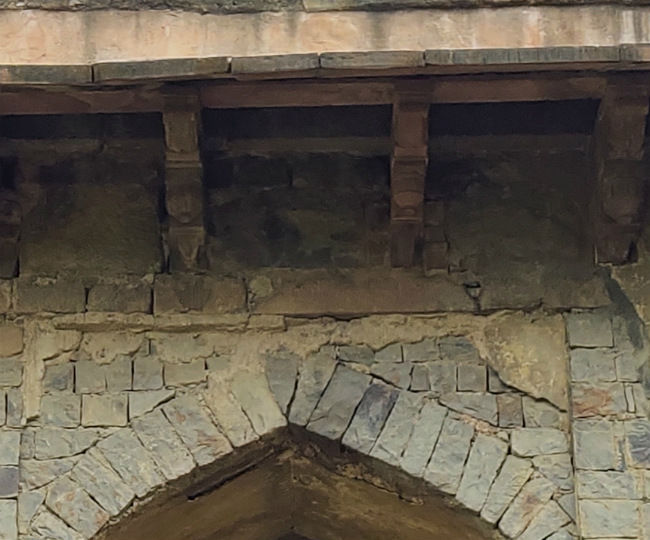 While the details of faraway objects are something that this new breed of camera sensors claim to offer, the overall sharpness, quality of textures and the colours are ultimately more important in making a good photograph. In that regard, the Sony IMX586 on the Redmi Note 7 Pro once again fails to offer the same clarity that the Samsung GM-1 sensor on the Vivo V15 Pro does. The 100 percent crop of the historic building look much sharper in the photo taken by the V15 Pro than the Note 7 Pro. You can see by looking at the edges of the bricks in the cropped photo.

However, the colours look a lot more oversaturated on the V15 Pro. It’s probably the proprietary algorithm at work. The Note 7 Pro’s photo is more conservative in that regard and the colours appear more neutral. 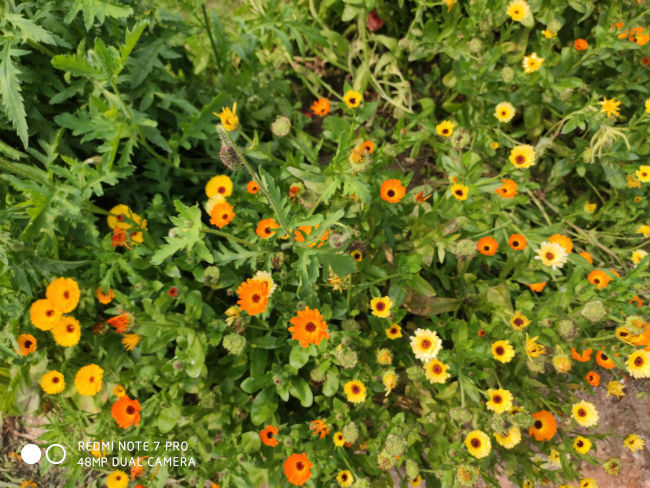 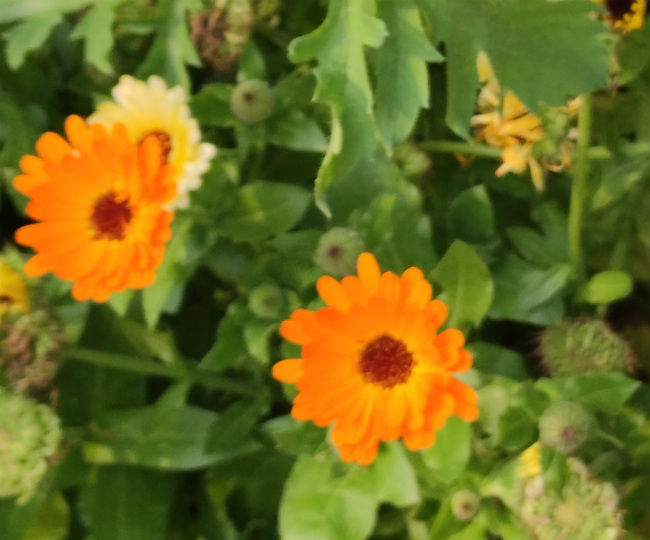 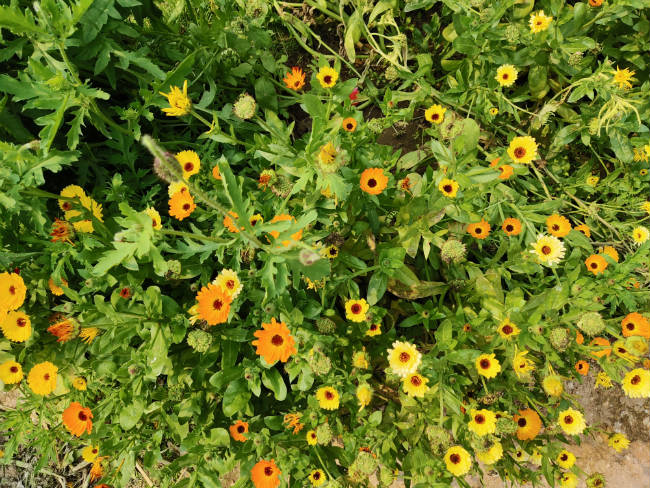 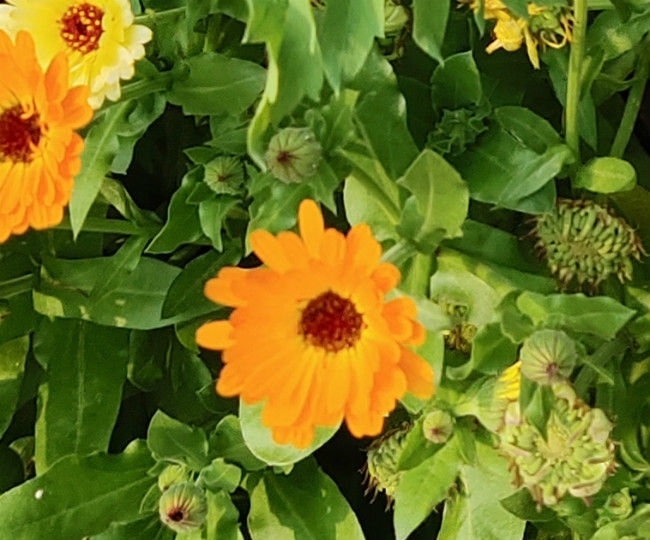 In the second sample, the subject is not that far away as the first one, and ideally, that should result in more retained sharpness when zoomed in. But once again, the Vivo V15 Pro edges past the Redmi Note 7 Pro. The petals of the orange flower are distinctly visible on the Vivo V15 Pro as well as the flower buds while that on the Redmi Note 7 Pro appear blurred. Looking deeper, we figured it could be because the Redmi Note 7 Pro took the photo at a slower shutter speed of 1/922 second while the V15 Pro shot the photo at 1/3394 second which might be the reason for the resulting blur. Both photos were taken handheld. However, with shutter speeds over 1/100th of a second, we have rarely seen blurred images. There’s more to investigate here it seems, and we might have to wait for another phone to corroborate the results. 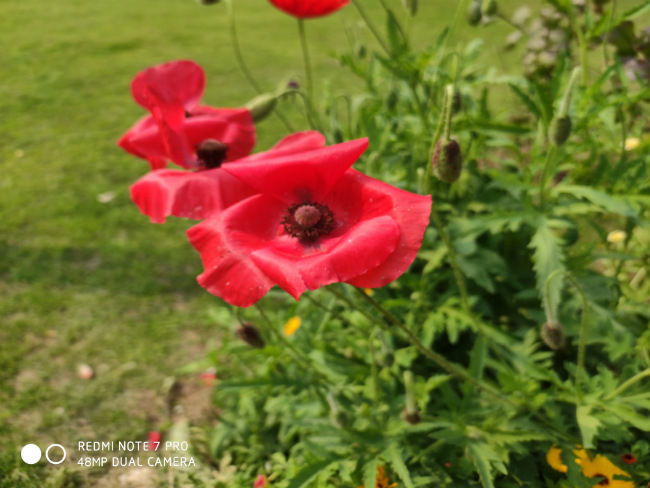 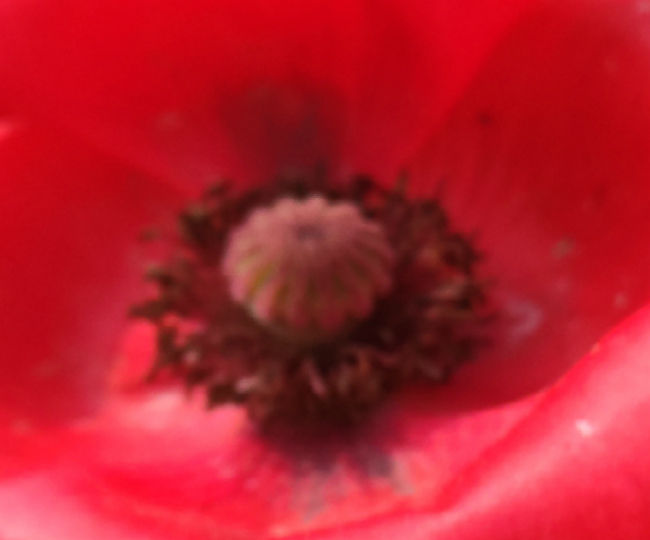 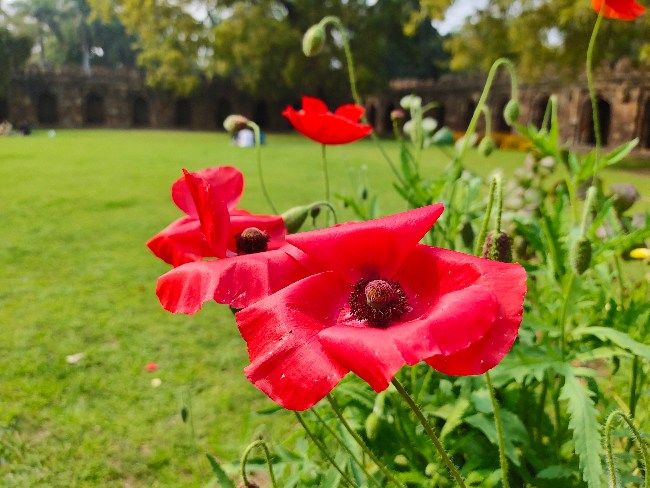 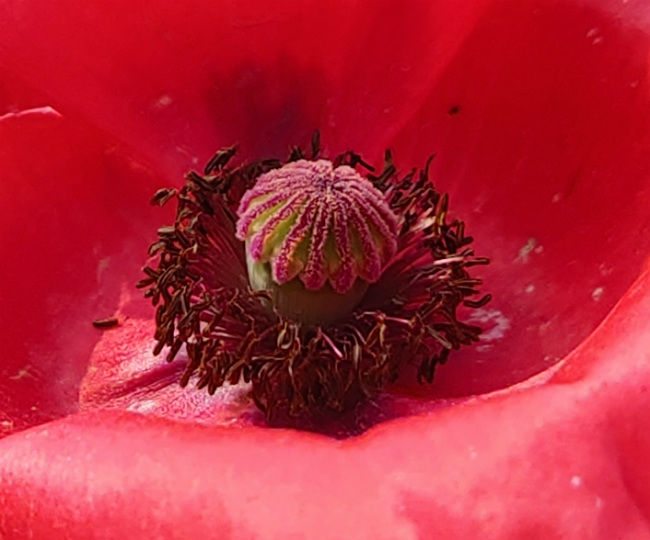 When you look at macro photos, the sharpness, clarity and the details are all higher on the Vivo V15 Pro, while the Redmi Note 7 Pro’s image looks like one taken from a standard 12MP camera sensor. It’s amazing the level of difference the Samsung sensor is able to produce while the seemingly superior Sony IMX586 sensor doesn’t even come close. The results could just be a shortcoming of the Redmi Note 7 Pro. Xiaomi is indeed suggesting users shoot more in the 12MP where the camera uses pixel-binning to generate much more clarity and sharpness. We will explore the difference shooting in 12MP brings as compared to shooting in 48MP with the Redmi Note 7 pro.

Both Samsung and Sony with their large sensor promised up to four stops higher dynamic range as compared to smaller sensors. That’s without using any computational photography chops. When shooting in 48MP, both the Redmi Note 7 Pro and the Vivo V15 Pro delivers the native readout of the sensor without applying the AI effects and pixel-binning, which would have tampered with our samples. 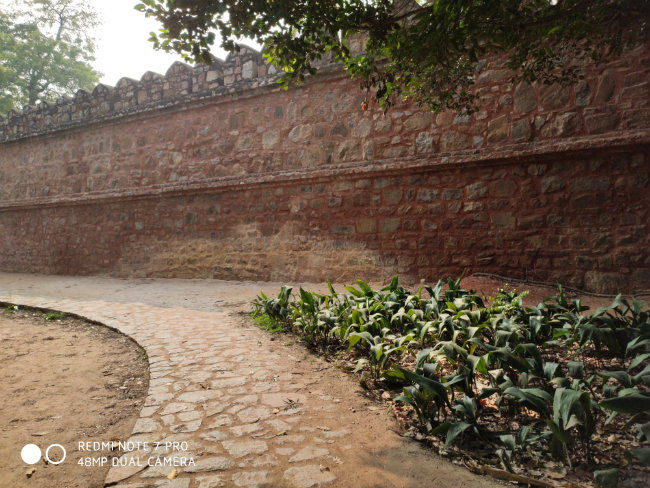 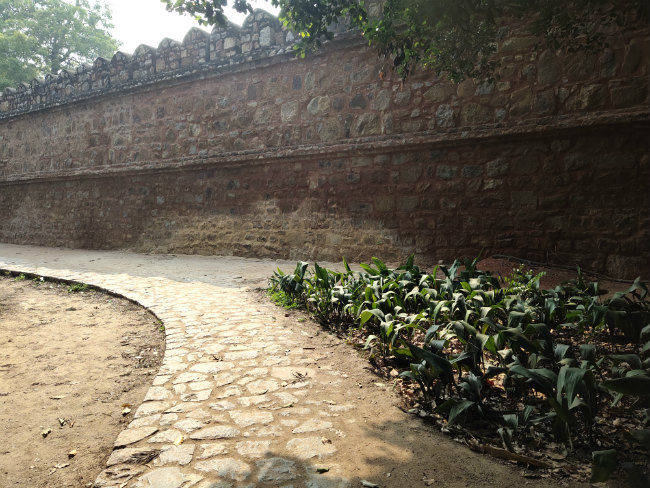 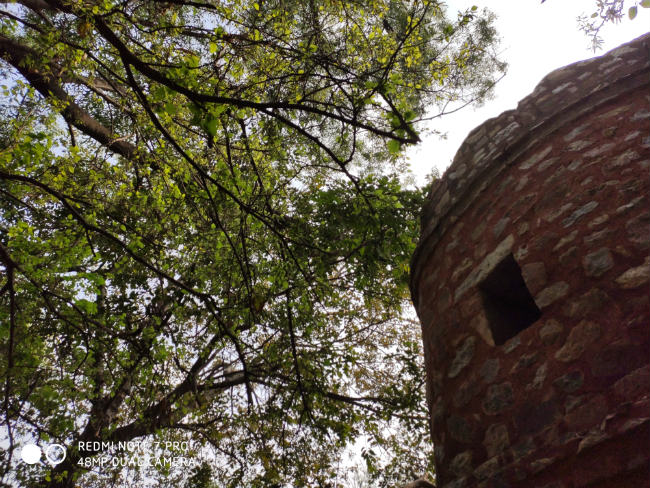 In the second sample, however, the Vivo V15 Pro edges out the Note 7 Pro. The leaves have more colour and you can make out the edges of the leaves, while in case of the Note 7 Pro, the leaves all have the same shade of green. The V15 Pro certainly clipped the highlight, but that's expected when you're shooting against the sun. Even the wall looks brighter in Vivo's photo.

Based on the spec-sheet of the two camera sensors, the Sony IMX586 is clearly ahead of the Samsung GM-1 sensor. It actually generates a 48MP readout natively, while the Vivo V15 Pro shoots in 12MP first and then upscale it to 48MP. Ideally, Sony’s approach should be more rewarding considering there is no loss of data in the 48MP readout while upscaling would ideally result in more data loss. However, we see the Vivo V15 Pro with the Samsung GM-1 sensor edge past the Redmi Note 7 Pro with the Sony IMX586 in terms of detail retention, sharpness as well as in close-ups. The only place where the Sony IMX586 emerges on top is in dynamic range and that’s perhaps because of Sony’s claim of making the smaller 0.8-micron pixel more sensitive to incoming light. It could also be a result of inferior camera algorithms deployed by Xiaomi in the Redmi Note 7 Pro as compared to the Vivo V15 Pro. For one, the V15 Pro captures images in DCI-P3 colour space, and the result does look significantly more vibrant than the Redmi Note 7 Pro which captures in the standard sRGB colour space. But what’s undeniable is the ability to reproduce the details and maintaining sharp textures across a wide range of situations by the Samsung GM-1 sensor.

While we did start out with the belief that the Sony IMX586 on the Redmi Note 7 Pro would emerge victorious, the Samsung GM-1 sensor on the Vivo V15 Pro outperformingon the Xiaomi was surely a surprise.