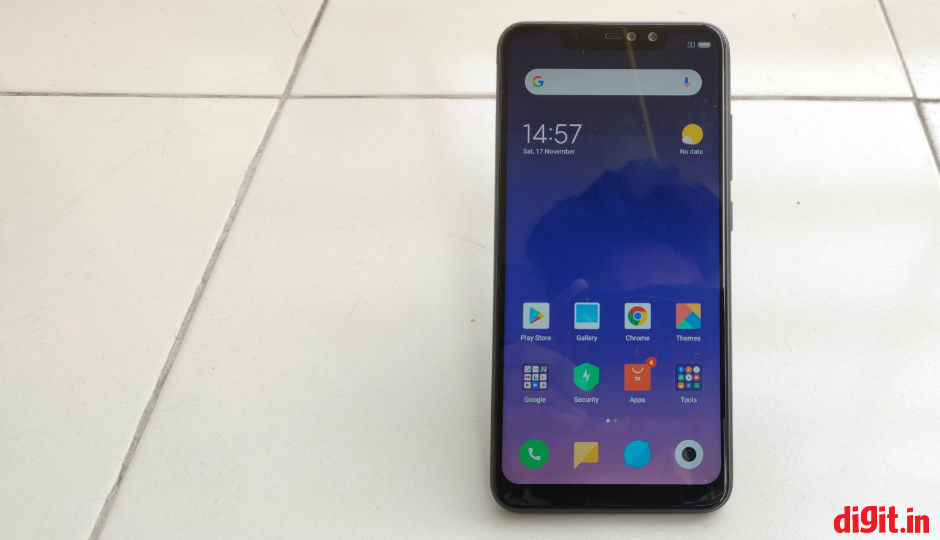 Xiaomi’s onslaught of smartphones continues late into the year and the Redmi Note 6 Pro is going to be the latest entrant in their ever-increasing lineup of phones. The phone was announced for South Asian markets a few weeks back and will launch in India on November 22.  The Redmi Note 6 Pro will replace the Redmi Note 5 Pro in the mid-range segment. Weirdly enough, after introducing the Pro variant of the Note series, the company is launching the next upgrade earlier than usual, within just 8 months of launching the Redmi Note 5 Pro. The bullishness is not unexpected considering the runaway success the series has seen in India.

The Redmi Note 6 Pro will have the Realme 2 Pro, Moto One Power and the Honor 8X as rivals. We played around with the phone for a day and here’s our first impressions.

The Redmi Note 6 Pro, for the most part, retains the design and form factor of its predecessor. Only this time, there’s a larger 6.26-inch FHD+ display with 19:9 aspect ratio and a rather wide notch. The display is a bit wider than last time and it looks a tad better with more vibrant colours and brightness as compared to its predecessor. 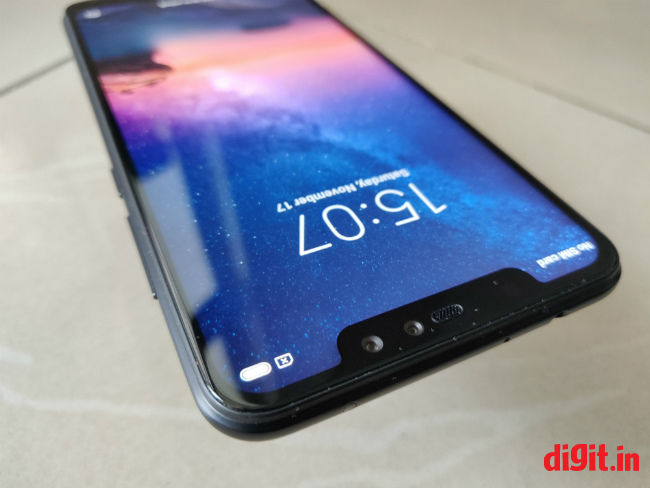 The rest of the design, though has mostly remained unchanged. There’s a more prominent curve in the back making it easier to grip. Xiaomi also made the edges bulge out which makes the phone look bigger than it actually is.

Even the camera placement and the fingerprint sensor are kept the same, housed in a metal unibody chassis. WIth more OEMs experimenting with newer materials and textures, the Redmi Note 6 Pro, late into the year, feels a tad outdated.

It still feels just as functional as last time though. There’s the omnipresent IR blaster and this time around, the notch houses not one, but two cameras. There’s a micro-USB port below for charging flanked by speaker grilles on either sides. Thankfully enough, the 3.5mm headphone jack is retained which is not the case with the Xiaomi Mi A2.

Nevertheless, the phone feels smooth enough. There’s MIUI 10 out of the box based on Android 8.1 Oreo. Xiaomi didn’t give a timeline as to when the device will receive the Android 9 Pie update though. We received the 6GB RAM variant of the phone and there were no lags whatsoever. A day’s use is hardly a metric to judge a phone’s performance, but we did install and played a match of PubG Mobile. The game ran on medium graphics and the game play was smooth with minimal jitters and frame drops. It did heat up quite a bit though, despite a graphite coating inside the chassis.

The Redmi Note 6 Pro houses the same 4,000mAh battery that was there on the Redmi Note 5 Pro with the promise of over a day’s worth of usage. There’s Quick Charge 3.0 support as well, but you don’t get a fast charger out of the box, which is strange.

The Redmi Note 6 Pro doubles down on making selfies better with a dual camera setup housed in the display notch. You get a 20+2MP setup with f/2.0 aperture. The camera works similar to that on the company’s Redmi Y2. It bins four pixels into one to create a super-pixel that can retain more data and make selfies come out better even when the lighting isn’t adequate. The secondary sensor is used for portrait shots and they are fairly accurate. 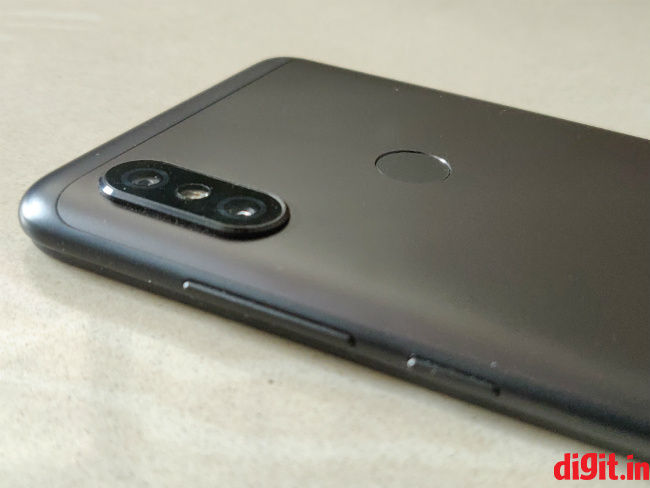 On the back is a 12+5MP dual camera setup, that’s similar to that on the Redmi Note 5 Pro, but there are some changes. The pixel size is now larger at 1.4um and the aperture is now bigger at f/1.9. We are currently testing whether that goes on to make a significant difference, but the daylight shots look quite good. There’s EIS in the camera for stabilised video, which we will be testing out as part of the review.

Redmi Note 6 Pro, coming just 8 months after the Redmi Note 5 Pro, doesn’t seem all that exciting though. I’ve looked forward to the Redmi Note phones in the past wondering what the next popular smartphone trend will be. The Redmi Note 6 Pro is just playing catch-up, as far as the feature sets are concerned. A Xiaomi spokesperson said a lot has changed over the past eight months, and the new Redmi Note 6 is getting up to date with the features in vogue — Notched display and dual selfie cameras. With the hardware under the hood remaining the same, the spec-sheet leader is now a follower. What remains to be seen is whether it’s still a good enough mid-range smartphone in the Rs 15,000 price range.