If you’ve been following the news closely, you would know that Chinese smartphone maker Xiaomi issued an OTA update for its Redmi 1S smartphone recently. This was to solve heating, battery and some other issues that users had reported about the smartphone. Well, we updated the Redmi 1S unit here at the lab and got right down to the testing once again. Here’s what we found.

In Hugo Barra’s post on Facebook, the company VP noted that it would solve heating issues, RAM availability, device performance and issues with some apps like CPU-Z showing different specifications for the smartphone than what is mentioned by the company. Let’s take these one by one.

In our review of the Redmi 1S, we had mentioned that the performance on this smartphone drops after it gets heated up. According to Barra’s post, the thermal control algorithms have been corrected to deal with this better. Well, after testing for a few days, we can confirm that the Redmi 1S still heats up quite a bit and the performance still drops. There is also no substantial change in the benchmark scores mentioned in the review.

We actually saw a drop in the overall performance of the smartphone. MiUI 5 still runs quite smooth on it, but it felt better before. Also, we recognised that putting a budget smartphone through high-end gaming isn’t always fair, so we downloaded some lower end games on it. Disappointingly, the lags still continued.

This is one area where the Redmi 1S showed quite a bit of improvement. In our original testing, the device would barely go above 350 MB of free RAM. This time though the Redmi 1S was consistently over 420 MB of RAM, even going above 450 MB at times. 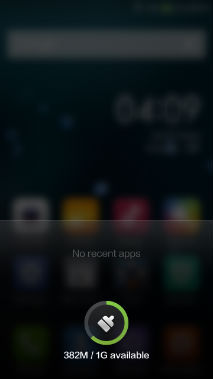 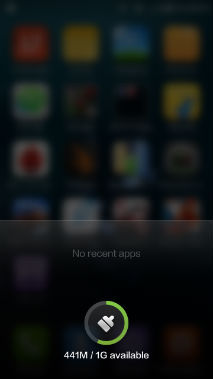 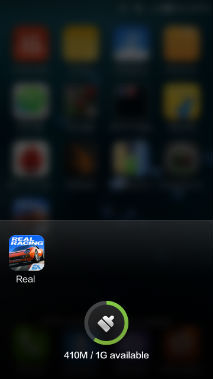 In fact, this further points towards the performance issues being a result of the heating and the thermal control algorithm. The processor is being throttled down so as to ensure that it doesn’t take damage from the heating.

As mentioned above, the UI lags were quite apparent on the Redmi 1S. In fact, earlier we could ignore the lags considering the price of the device. This time though we saw much more lags and frame rate drops than earlier. In fact, the lag becomes much more apparent if you try out different transition effects after putting a big Gmail widget on one of your screens. 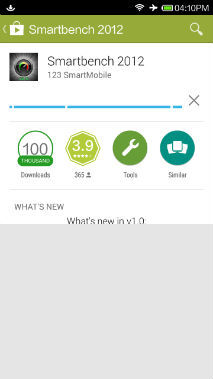 The keyboard gets stuck on the Redmi 1S.

The device specs on the Redmi 1S were showing up wrong on some applications. The Redmi 1S showed a Li-ion battery on apps like CPU-Z and some others, when the device actually has a Lithium Polymer battery. Well, CPU-Z still says the Redmi 1S runs on a Lithium Ion battery. 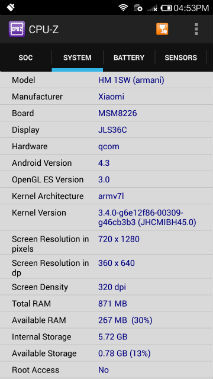 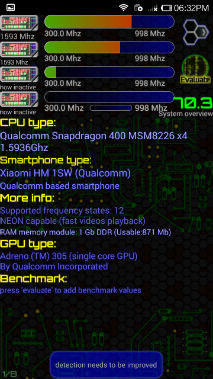 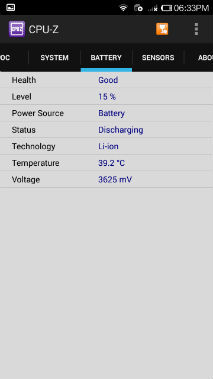 In addition, CPU-Z also detected the Redmi 1S to be running on the Qualcomm Snapdragon MSM8226 SoC as opposed to MSM8228. This is another rectification that would come with the new update. Here again, CPU-Z detects the SoC as MSM8226. The same result also came using CPU identifier.

The OTA update by Xiaomi seems to have solved only the RAM availability issue, leaving the others intact. The heating issue has been taken care of to some extent, but with a pretty big sacrifice. The Redmi 1S still remains a very attractively priced smartphone especially with the fact that Xiaomi is bringing in higher numbers. The company needs to take a second look at its update though, in order to ensure that things are settled soon.