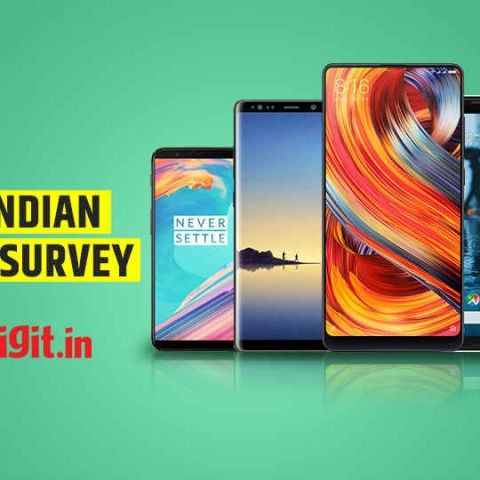 27 percent of Indians currently own and use a Xiaomi phone, followed by 13 percent who use Motorola and 12 percent who use OnePlus devices. 25 percent Panasonic mobile users hate the performance of their phones, while 60 percent of LG users love the build and design quality of their devices. Here are all the important insights we gathered from our Great Indian Mobile Survey.

We at Digit.in have conducted an extensive and elaborate survey of Indian mobile phone users and their preferences. Digit’s Great Indian Mobile Survey not only gives keen insights into the most used and loved mobile phone brands of India, it also ranks them on the basis of Performance, Build & Design, Camera, Value-For-Money and After Sales Support.

After months of floating the survey around, we are finally ready to share the results and insights from our Great Indian Mobile Survey 2017. Take a look

The Most Used Smartphone Brand 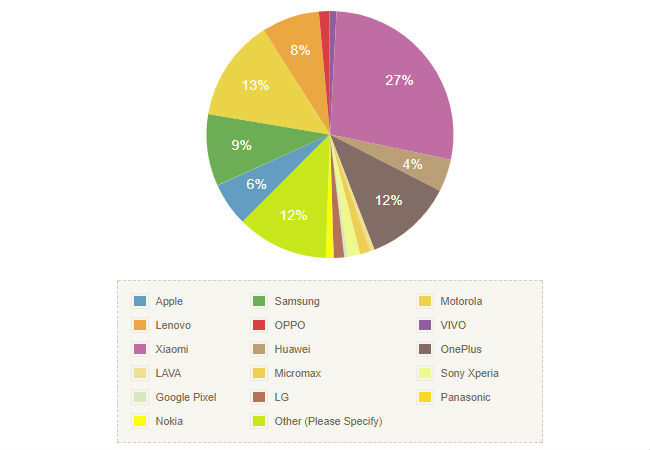 These results don’t seem all that surprising given that Xiaomi smartphone sales grew nearly 300 percent this year, pushing the brand right to the top of the Indian smartphone market. It is also worth noting that 24 percent of our respondents were using a Samsung mobile phone before their current devices, while only 12 percent were using Xiaomi. The drastic change in numbers clearly highlights a consumer shift from Samsung to Xiaomi smartphones. Only 9 percent of our respondents currently use Samsung mobile phones.

Clearly Chinese manufacturers are leading the pack when it comes to the most used mobile phone brands in India. Apple’s iPhones are used by a marginal 6 percent of our respondents, while mobiles from Indian manufacturers such as Lava and Micromax are used by 1 percent of the survey audience. Google, Nokia, LG and Sony are also not very popular with our respondents and are only used by a fraction of the total audience.

What Do Mobile Phone Users Think About Their Devices?

We asked the respondents of our Great Indian Mobile Survey to rank and score their devices on the basis of Performance, Build & Design, Camera (Main and Front-Facing), Value-For-Money and After Sales Support. 44 percent of our respondents are completely happy with the performance of their current handsets, while 45 percent are satisfied with the build & design. Almost 50 percent feel their phones are the best value for money, while only 24 percent of the respondents swear by the after sales service provided by their phone makers. 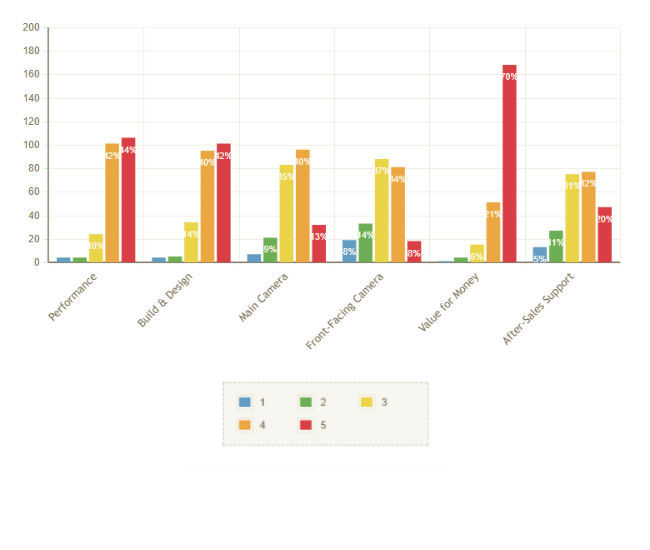 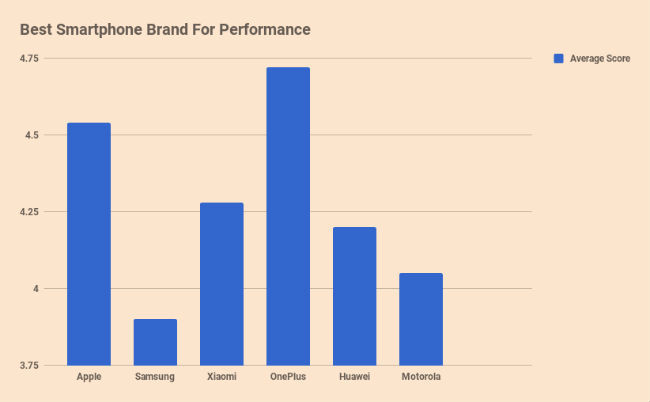 Breaking down the number even further, we asked the respondents of our Great Indian Mobile Survey to score their current phones in all four categories - Performance, Build & Design, Camera (Main and Front-Facing) and Value-For-Money. Scores were imparted by the audience of the survey on a scale of 1 - 5, five being the highest.

44 percent of Xiaomi users rated their phones 5 on performance and it recorded an average score of 4.28 out of 5, making it the third best brand in the performance category. 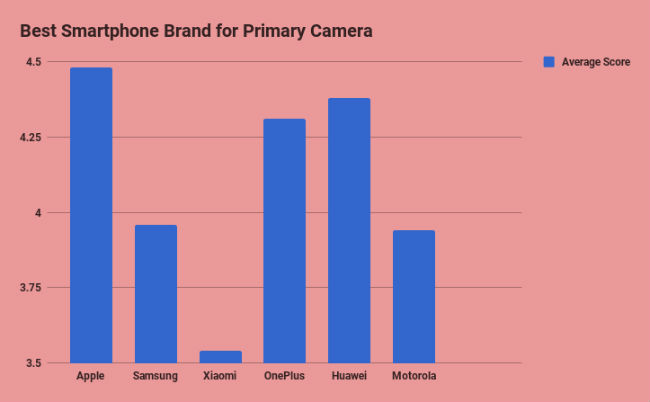 Xiaomi’s main camera was awarded top marks only by 15.9 percent of its users, but it still got a decent average score of 3.541 out of 5 in the main camera department. 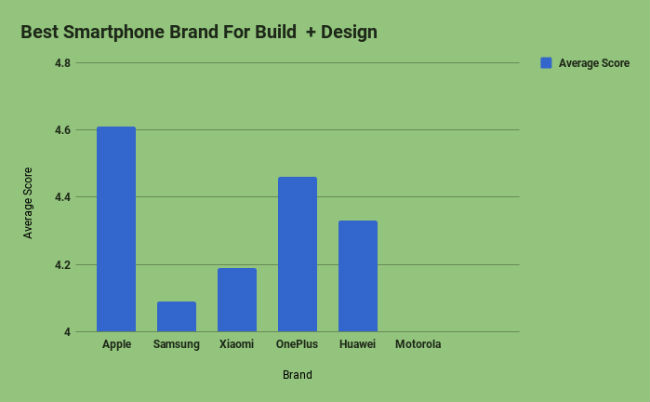 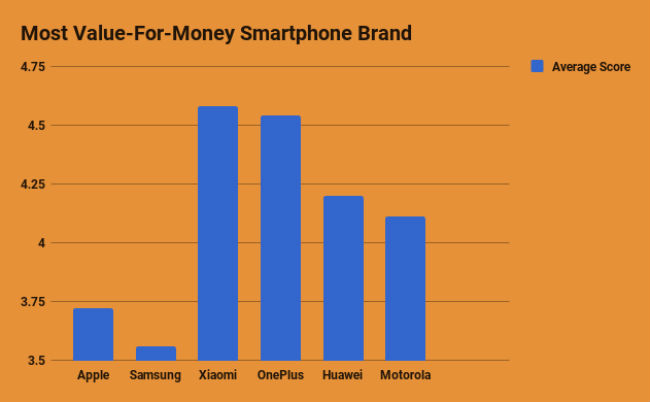 When it comes to being the most pocket friendly mobile phone with good specifications, A.K.A Value For Money, Xiaomi again tops the charts with 69.27 percent of its users scoring the brand 5 on 5. Xiaomi received an average score of 4.58 out of 5, shooting it right on top of the chart as the most value for money brand. Next in line is OnePlus with 63.91 percent users giving it top marks and a high average score of 4.54 out of 5, followed by Huawei with a 4.2 out of 5.

So those were some of the interesting findings of Digit’s Great Indian Smartphone Survey. Do you agree with the results of our survey? Please leave your comments if you beg to differ or if you have anything to contribute to the results of our survey. Digit is always looking for feedback from its large community of readers. Stay tuned to Digit.in to participate in more such surveys in the near future. 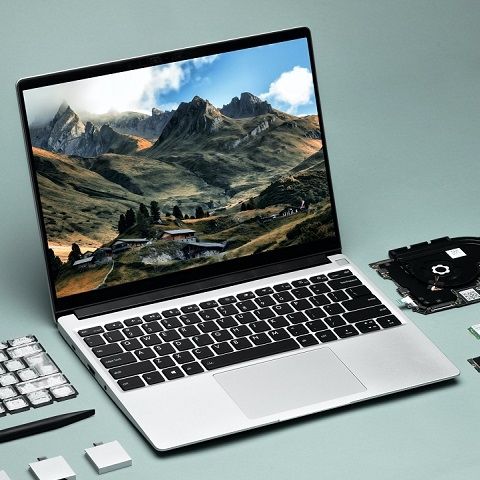