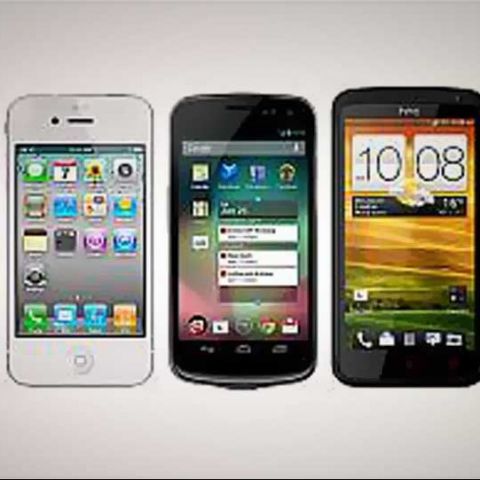 Knowing your budget before embarking on the purchase process is as critical as making the correct decision. If you do, kudos to you. If you don’t, we suggest some introspection before doing any shortlists. Post that comes the conundrum of OS, screen size, brand preferences, any fanboy-ish tendencies and the specification sheet scan.

What we have here are the best phones deals, if you have a budget of up to Rs 30,000. We have also given you a link from where you can buy the phone, or you could just walk into the nearest store and check out the prices and the device there, in person.

HTC One X
The launch of the HTC One saw the prices of the One X and the One X reworked. And at just under Rs. 29,000, the One X is a great deal. Packs in a 1.7GHz quad core processor, 1GB of RAM, 64GB of internal storage and a 2100mAh battery. Tegra 3 still does more than enough to offer very good gaming performance, if that is what you will use the device for. The 4.7-inch S-LCD2 (720p) resolution) display is one of the better ones around, falling behind to the Galaxy S III’s display only in terms of sheer colour richness. This is one of the few phones in line to get the latest HTC Sense with Blinkfeed, as see on the flagship, the HTC One. Also recommended for a fairly good camera and the polycarbonate unibody ensures very good build quality.

Samsung Galaxy S III
A very popular phone, and not without reason. The Samsung Galaxy S III was the best Android phone when it was launched, and it still is a very competent device. Where it takes the lead over all the rival smartphones is the “tried and tested” stamp of approval the phone has received over time. Holding up well, in the face of competition from the sleeker and faster phones launched recently. Samsung has the best ecosystem around the phone for accessories, something others haven’t been able to match. The 4.8-inch Super AMOLED display (720p resolution) is by far and away the winner in terms of crispness and colour richness. The only thing that puts off a few people is the plastic build, something most rivals are ahead in.

Google Nexus 4
The ‘pure’ Android experience is the unique point of the Nexus 4, and it has its own legion of fans. Packs in a quad core 1.5GHz processor with the fairly capable Adreno 320 graphics. The 4.7-inch IPS Plus display (720p resolution) lags a little behind the HTC One X and the Samsung Galaxy S III in terms of colour richness, but text readability is remarkable. Pure Android brings in its own unique features like access to certain widgets and apps directly from the lock screen. The build and design is a little underwhelming and some may even say slightly drab. This phone is officially not in India, but that hasn’t stopped some websites and brick and mortar stores from getting in units from abroad and selling it here. Available between Rs 23000 and Rs 32000, depending on the storage options. Do keep in mind, service will be a problem, if something goes wrong with the device.

Apple iPhone 4 (8GB)
Yes, this phone has been around for quite some time now. And yes, some snobbish people scoff at the idea of buying something that isn’t the latest. But, this is a phone that is reliable, works brilliantly out of the box, and is still a very good performer. It is up to date with the latest iOS software available, and that kind of support is not something a lot of other brands can be proud of. Currently, there is a buyback scheme on the iPhone 4, where trading in older phones will get you a massive discount, bringing the price below Rs. 20,000 in most cases – do check that out. Consider this if you want something reliable, and not just blindly crave for the latest smartphones.

Samsung Galaxy Note N7000
The best phablet deal around, something that has been made better with the Android 4.1.2 Jelly Bean update that was rolled out sometime back. The 5.5-inch Super AMOLED display has the 720p HD resolution looked mammoth when it first arrived on the scene, but the popularity of the Note was astonishing. No one can really claim that it is dated, considering the fairly powerful specs and the new OS update bringing in a host of new features. Pick this one up if you need a big display phone. The S–Pen is an added bonus!

While the five phones listed above are the best deals in this price band, there are some other phones that deserve an honourable mention.

Nokia Lumia 820: Possibly the only Windows Phone 8 option for this much money (the Lumia 900 is the other one, but that will forever run the older Windows Phone OS), and while it isn’t the most exciting phone, it does get about its job rather methodically. The Lumia 820's display is very good, and despite a low resolution, impresses in terms of text crispness and readability. Nokia’s Clear Black technology makes for deep black levels, which in turn has a positive impact on the other colours and how they show up. This is the phone to consider if Windows Phone is the OS you want.

BlackBerry Bold Touch 9900: The demographic that seriously needs a physical QWERTY keypad will continue to love this phone. While it has been around for quite a while now, the Bold Touch 9900 still has the best keypad available on any phone. Maybe the upcoming BlackBerry Q10 will better it, but we don’t see anyone else really coming up to this level. It also has a very good battery life, and plays well with the enterprise setups.