The RED Hydrogen One may not have a prototype yet, but don't just write it off already 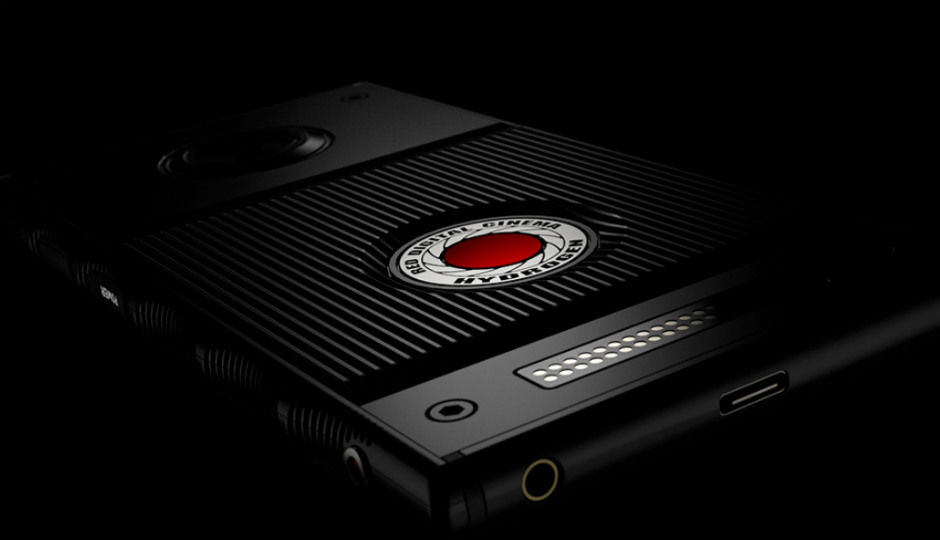 There's a lot of oomph at hand when a professional camera maker announces plans to unveil a mobile device (or mobile-oriented technology). The very first reactions are expectations of something different, beyond what phone makers have managed to create. There were similar reactions when Hasselblad made a dedicated camera accessory for the Moto Z, but the end results were certainly underwhelming.

So, naturally, there's even more skepticism surrounding RED’s latest announcement. The professional cinema camera maker has announced ambitious plans for a smartphone, called the Hydrogen One. While the announcement itself is not unnatural as a lot of peripheral companies are looking to build smartphones, what’s unnatural is the nature of the device announced. As RED has stated, the Hydrogen One smartphone will have a “holographic display”. It reportedly uses a 5.7-inch display panel to render standard 2D content, holographic multi-view, 3D as well as interactive views. Along with that, it will also deliver what the company calls “multi-dimensional audio” to make content consumption more engaging. To make it more enticing, the RED Hydrogen One will have the ability to add accessories to itself, similar to Moto Z.

The doubt behind this fantastical proposition lies in exactly what the phone claims to do. RED has unveiled its plans for the Hydrogen One without any prototype, which usually acts as proof of ambitious concepts. Alongside, RED has stated that the device will only come to fruition some time early next year, and a lot of things including its design, price and other elements may change. Even when it does start producing the phone, the company is not guaranteeing deliveries as it admits that production of the RED Hydrogen One’s display in mass is going to be difficult.

All of these make putting faith on it difficult. The RED Hydrogen One is priced steeply - $1,195 for a more standard aluminium chassis device, and $1,595 for a titanium chassis one. For the money you invest to show faith in RED, you barely get anything substantial in return, at least for now. There are no guarantees on how the product will eventually look like, and no guarantee in deliveries or, for that matter, the eventual price. In fact, taking everything into consideration, it seems like RED only has a rough blueprint of the Hydrogen One, and production is only in ideation stages.

However, one needs to look at RED and the work that it has done so far. Founded in 2005, RED has since been one of the most noted professional cinema camera manufacturers making relatively less expensive products (in comparison to cinema camera legend, ARRI). This has led to RED’s cameras being used widely in shooting feature films, or professional quality advertisements even in extreme conditions. In turn, RED has a total of 104 patents issued already by the United States Patent and Trademark Office (USPTO) for its cameras, accessories and software. In 12 years, it has significantly ramped up the quality-to-price ratio of its products, and is a more popular choice for relative less expense.

RED is a young company that, upon inception, announced preorders for an ambitious 4K cinema camera, and made it real two years later. Last year, the company announced an 8K S35 imaging sensor that was equipped in its camera, the Weapon. RED now holds the record for creating the highest resolution post-production workflow after it was used to shoot Marvel’s Guardians of the Galaxy, Vol. 2, and all of these achievements show RED to have a penchant for going beyond present standards and creating world’s firsts. The company holds substantial market revenue, and these are the very factors that differentiate it from many others who’ve made similar attempts.

RED is not an imaging legend that now basks in the glory of nostalgia - it is young and in the ascendency, which makes it highly probable of achieving its blueprint plans. It is this that differentiates RED from the likes of Leica, Hasselblad, Zeiss and Kodak. Hasselblad built a camera mod for the Moto Z that was underwhelming, Kodak built the Ektra that as of now seems questionable, Leica has done reasonably well with supplying software and lenses for Huawei but the involvement is not as stark as building a phone itself, and Zeiss is reportedly close to making a return with Nokia’s upcoming flagship smartphone.

While spending nearly $1,500 is not an everyday affair for smartphone customers, the RED Hydrogen One is not going to be a run-of-the-mill device, if RED does manage to stick to its description of the phone’s core features. You should certainly put your faith on Apple’s iPhones and Samsung’s Galaxy S8s for everyday usage, but if you can spare the money, you should totally preorder the Hydrogen One. For one, customers who become the first to preorder should ideally receive the device as soon as it is produced, and RED is the one imaging company that has the money and the brainpower to make this audacious-sounding device a reality.

Think of this as one of your experimental shopping binges, which could go either way. Only here, you’re relying on a company that has instilled a reputation of delivering quality products all along. This, by far, is the best bet of a device that may potentially deliver a revolutionary display. Don’t write it off already.

Nothing Phone 1's brightness is apparently less than the company’s claims
Samsung aims to boost foldables to half of total smartphone sales by 2025
Motorola Razr 2022 poised to be the first 144Hz foldable smartphone in the world
realme brings the first vintage CD design to smartphone industry inspired by the gilded age fashion
Xiaomi is now leading the Indian Smartphone Market with a 20% share in Q2, 2022
Advertisements