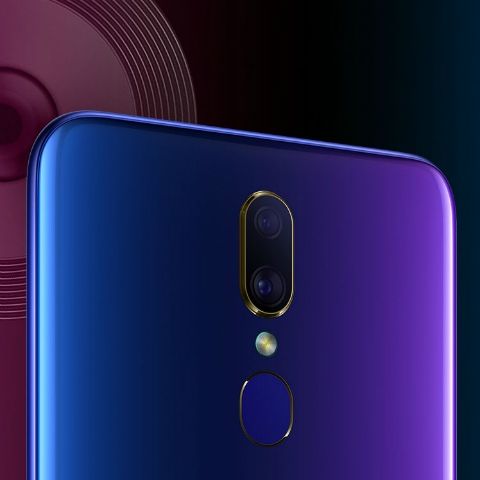 The camera on a modern phone has evolved tremendously over the years. Almost all of us might have used a small feature phone that packed a single VGA camera, which offered a resolution of  0.3MP. Fast forward to modern times and most current gen smartphones offer multi-camera setups, and are capable of taking high quality pictures and video. The OPPO smartphone, the OPPO F11 Pro is no different with a smartphone offering a whopping 48MP rear camera that is aided by a 5MP secondary rear camera. But what if you were looking for something that offered the same, but at a more affordable price tag? Well, you may want to check out the new OPPO F11 smartphone.

The new phone carries forth the rear camera setup and brings it down to a sub-20K price point. Here’s a look at what the new smartphone has to offer.

As mentioned earlier, the OPPO F11 comes with a dual rear camera setup of 48MP + 5MP setup. The 48MP unit helps take high resolution images, while the 5MP camera acts as a depth sensor. This helps the phone take portrait shots. This should interest those who prefer a more ‘hands-on’ approach with their photos. On top of this, the phone comes with a Colour Engine, which the company says is equipped with a mapping curve. OPPO adds that this helps to restore brightness and colors to images. The phone packs a 16MP front facing camera that is housed inside a waterdrop screen.The phone comes with AI 2.1, which aims to automatically improve your selfies.

Who’s afraid of the dark

The 48MP unit of the rear camera features a f/1.79 aperture lens. This lets in more light as compared to a f/2.0 lens or lower, which comes in handy in low-light situations where the amount of available ambient may not be ideal. As such, the large aperture lets in more light into the sensor, thereby offering a brighter image. On top of this, the OPPO F11 comes with a special Ultra Night Mode, which the company says combines the phone’s AI Engine, Ultra-clear Engine and the Color Engine to improve low light images.

The OPPO F11 Pro sports a large 6.5-inch FHD+ display with an aspect ratio of 19.5:9. On top of this, the phone sports a waterdrop notch, which is smaller than the notch that you might be there on some other devices. As a result, the phone sports a screen-to-body ratio of 90.70%.

The OPPO F11 comes with a reasonably large 4020mAh battery, which should ensure that you always have charge. However, when the battery is low, you wouldn’t want to spend hours waiting for it to charge back up to full. The OPPO F11 comes with the company’s VOOC 3.0 fast charging tech, which should ensure speedy charges. The company claims that the new tech allows the phone to reach full charge 20 minutes faster than the previous version.

And then there’s more…

Like its sibling, the OPPO F11 is also powered by a MediaTek Helio P70 octa-core chipset. It also offers 4GB of RAM and 128GB of onboard storage. On top of this, you get ColorOS 6.0, which is based on Android 9 Pie.

As one can see, the OPPO F11 offers a number of noteworthy features, especially when one takes into account its price of Rs 17,990. Thanks to its combination of features and attractive price tag, the OPPO F11 makes a good case for itself for anyone looking for a sub-20K smartphone.