The curious case of iPhones slowing down: Does replacing the battery bring any improvement? 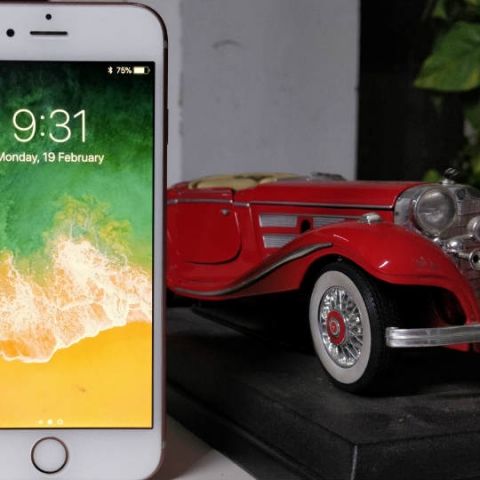 The iPhone 6s was promised a better performance if the degrading battery was replaced. We put that claim to test.

Planned obsolescence is not something one would expect from a company like Apple, but when news broke about Apple throttling the performance of older iPhones to compensate for a degrading battery, it left a lot of loyalists visibly perplexed. iPhones cost a lot and many keep the device running for long, sometimes for three-four years before replacing with a new one. The case is especially true in India where the phones are not sold through carrier channels and buyers pay upfront for them. So it came as a shock to iPhone owners across the world when it was discovered their old iPhones were being deliberately slowed down.

To be fair, all phones slow down over time. It’s inevitable as hardware on a phone remains constant while the software is updated. Nevertheless, Apple was quick to respond with a solution. It slashed the battery price for the iPhone 6, iPhone 6s, iPhone 6s Plus, iPhone 7 and the iPhone 7 Plus. From an original price of Rs 8,200 for battery replacement on these devices, the price came down to Rs 2,000.

Discounts notwithstanding, does replacing the battery improve the performance? We had an old iPhone 6s lying around in the lab and sure enough, the battery had depreciated significantly. So we decided to take it for a battery replacement and tell you guys about the process and how to go about it. While there are no official Apple Stores in India, there are Apple authorised resellers and service center which have been mandated by the Cupertino-based company to make repairs on your Apple devices. You have to take your old iPhone to one of these stores. A simple Google search will tell you the nearest service center.

Once you hand your iPhone over to the person behind the desk at the service center, they will run a diagnostic test on it. After the completion, the test will show the issues plaguing your phone and if it is indeed the battery slowing down your phone, the test will highlight that. However, even if it doesn’t, Apple has mandated that service centers will have to accommodate all requests of a battery replacement regardless of whether the diagnostic test find any issues.

But here’s the thing. You are not the only one looking to replace the battery. When Apple slashed the cost of changing the battery, there was a massive surge in demand of batteries and the availability is at an all time low. The service center we went to, gave us a waiting period of 21 days. You might have to wait for longer. 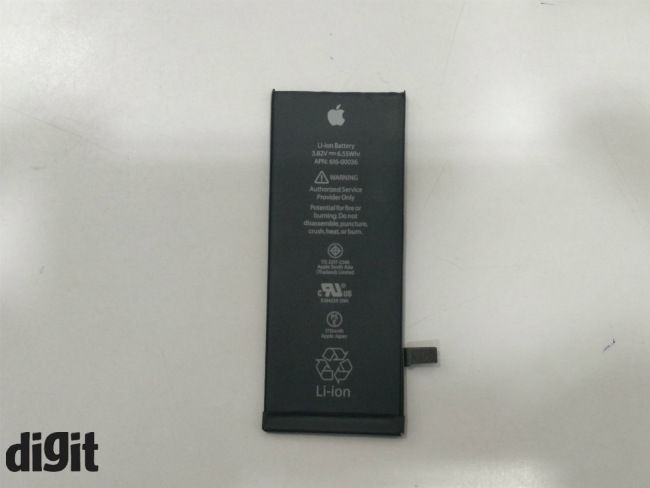 We found out that the Rs 2,000 cost of replacement only covers the exchange of the battery. You will not be allowed to keep the old battery to yourself. You might not have any reason to preserve it anyway. But in case you do, the asking price for that is Rs 13,000, according to the service center we went to. If you are curious though, you can still ask the store manager to show you the older battery. We did and found no facial changes to the degraded battery. There were no lumps on the body as such and it looked quite normal from the outside.

The service center took around an hour to operate on the iPhone. They removed the body, pulled out the battery and replaced it with a new one. The new battery comes in an anti-static plastic cover. 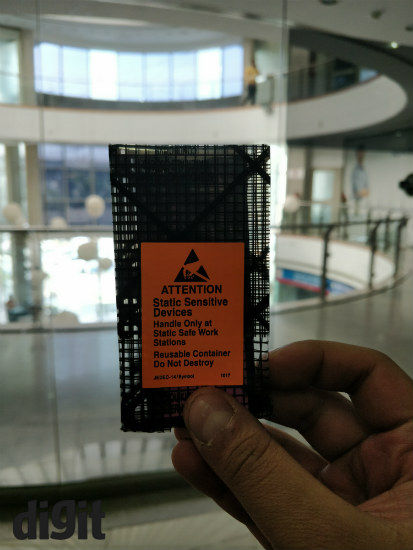 After the replacement, the service center will once again perform the diagnostic test. If the problem was only the battery, the test will find no issues. This is your green signal that everything is okay with the phone again. The battery comes with a 90 day warranty period. The service center will be prompt to tell you that no other issue will be covered under the warranty, however.

Did it make any difference? 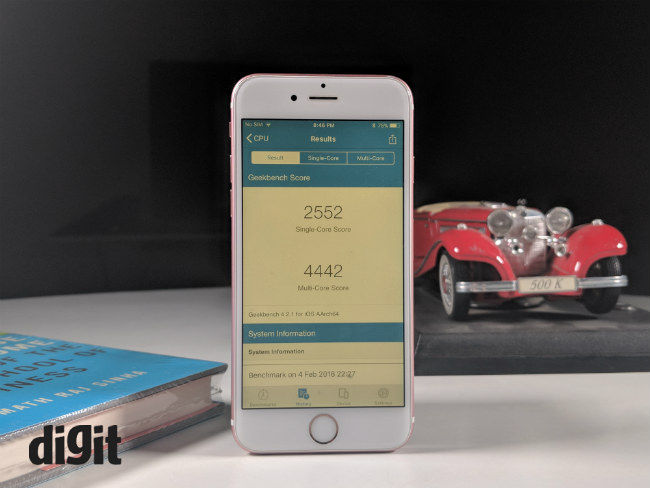 We had another iPhone 6s at work which was bought around the same time the previous iPhone 6s was purchased. Per the benchmark scores, the performance on that one had degraded significantly, and using the phone as a daily driver was particularly problematic as app transition times had increased, camera shutter speed reduced, and there were lags in operating the phone.

We pitted that phone against the one with the replaced battery and performed some performance benchmark tests. We ran Geekbench 4 and AnTuTu and the results were quite startling. 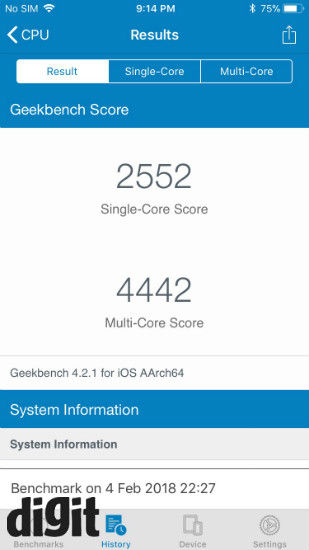 A new battery indeed brought the old iPhone 6s back to its former glory. The benchmark scores hit the original peak it was supposed to when it first launched back in 2015. On Geekbench 4, the iPhone 6s with the replaced battery had a single-core performance score of 2552 while the multi-core score touched 4442.

If you go back to our review published when the phone was first launched, you will find the benchmark scores are nearly identical. This is despite the fact that this iPhone 6s was running a newer iOS 11.2, updated from iOS 9.0 from 2015. 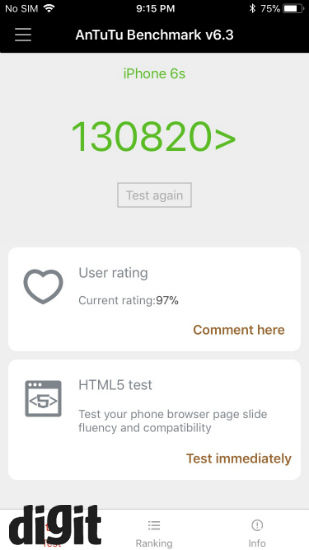 AnTuTu scores too reflected the same story. The iPhone 6s with the replaced battery scored 130820, which is as high as it can go. 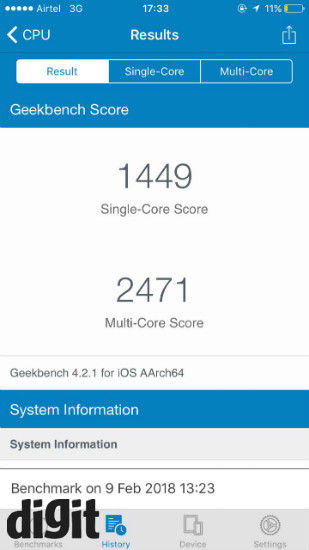 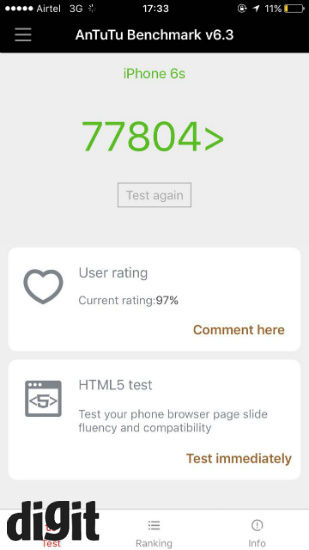 The iPhone 6s with the replaced battery also felt faster after the surgery. The battery life improved to last around a day of usage. The battery drain also reduced when the phone was on idle mode. The older iPhone 6s, however, can’t even survive half a day anymore. The battery drains even when the device is left idle and needs to be plugged in every three hours or so.

So, as a matter of fact, a new battery does restore the phone to its former glory. Discounting the cost of the battery replacement is a right move by Apple and should you own an old iPhone, we advise you to replace the battery. Going through the process, what struck us the most was the fact that if the performance throttling was not discovered, old iPhone users would have simply thought that it was the new software that was bogging down their phones and would have spent another kidney to get a new one. Turns out, battery is the only thing that needs to be replaced every few years, not the entire phone!

Apple might exclude charger and earpods from iPhone 12 box 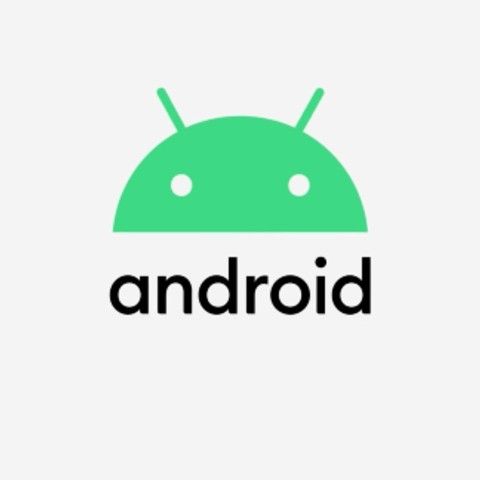 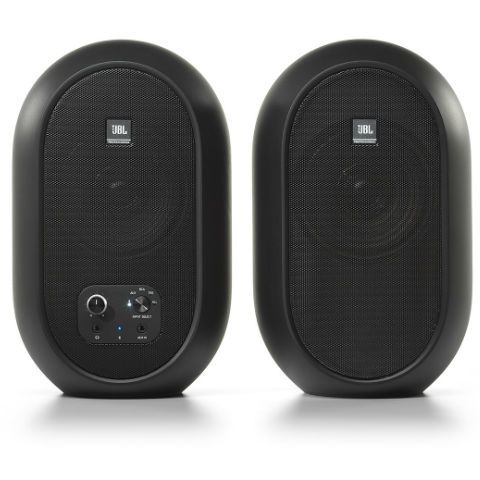 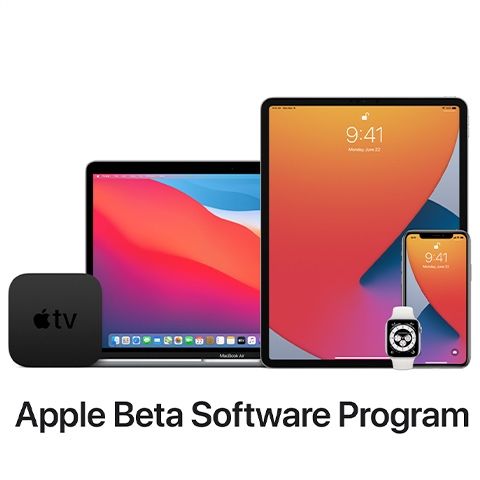