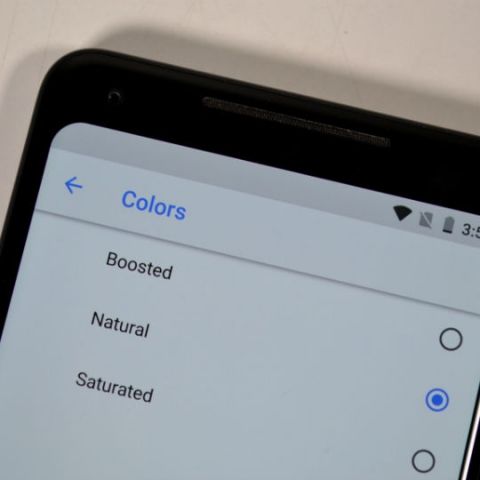 Why do you buy a Pixel phone? Because Google updates it every month. And it is through the first of these updates that Google is fixing a much talked about issue on the Pixel 2 XL. The November patch for the device brings the “Saturated” colour mode on the device, allowing warmer colours on the phone. The move is in response to users and reviewers complaining of washed out and desaturated colours on the display.

So, does Google’s update work? The short answer is yes, but it’s the long answer you should care about.

Here’s how to get to that new Saturated mode. You enter Settings, find the Display option, tap Advanced and then tap Colors. Here you will see the Natural, Boosted and Saturated options. The Natural mode sets the Pixel 2 XL to the washed out mess it has been so far, while the Boosted mode doesn’t help much either. The Saturated mode, though, makes a noticeable difference to colours on the screen.

To get to it faster, you can simply enter Settings and search for “Color” on the search bar on top. It’s worth noting that Google offered a “Vivid” mode earlier, which has now been replaced by the new options.

As the name suggests, the mode turns up the colour temperature on the display. So you’ll get warmer tones. As soon as you tap the mode, you’ll see a noticeable yellowish shift on the otherwise white Settings screen. It’s a tad tough to notice at first, but you’ll see it if you concentrate on the top bar that says “Colors”, you’ll notice the white shifting to a slight yellowish version. That may sound unnatural, but it’s indeed what most consumers want today. 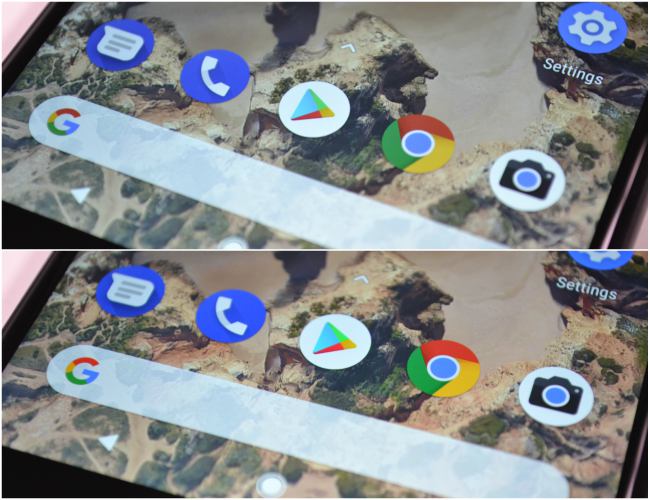 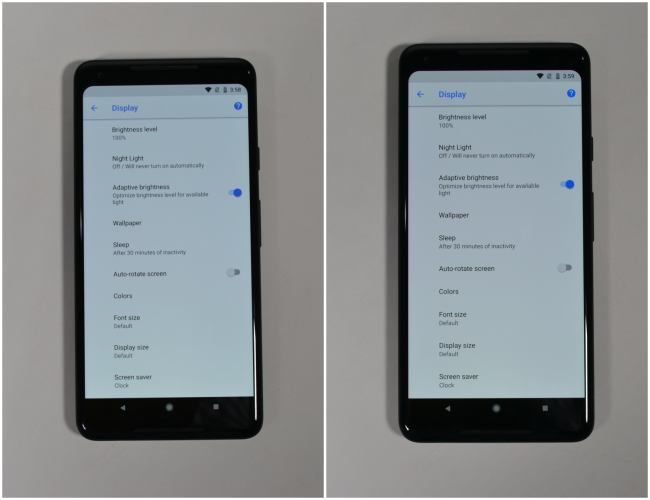 We tested this with some of our usual images, colour charts and regular use-cases. And we can confirm that the display indeed looks much warmer and pleasant compared to what it was. That said, you shouldn’t expect Samsung Galaxy Note 8 level colour saturation, which itself is too high to begin with. 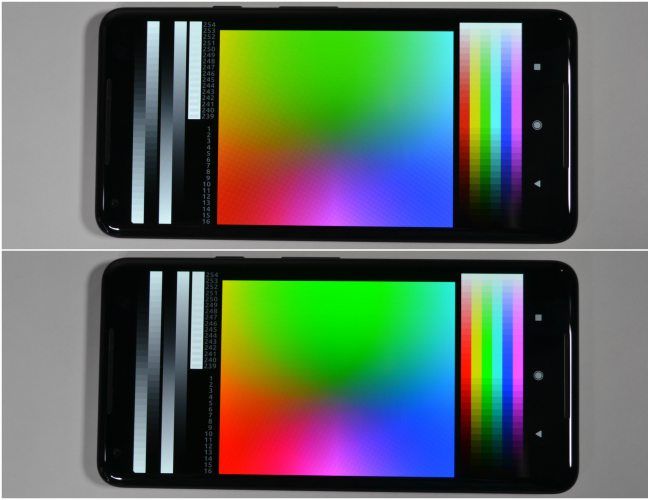 While the display is indeed warmer, don't expect it to be as warm as on Samsung's phones 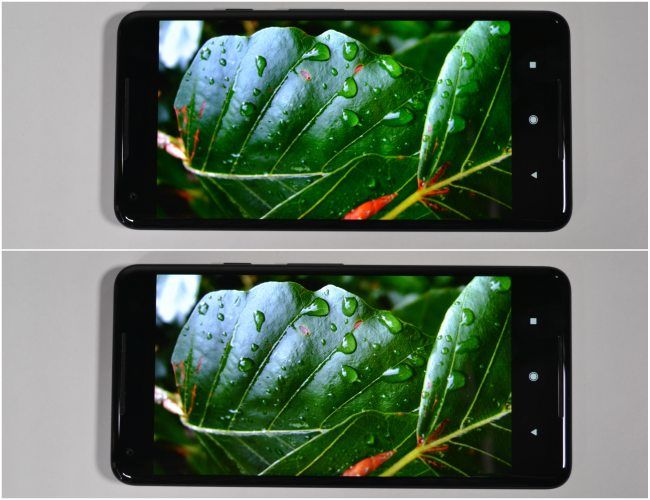 It’s clear that Google is trying to meet the consumer halfway here. The saturated mode delivers punchier colours, but if you’re used to oversaturated tones you may still be disappointed. In our opinion, the saturated mode on the Pixel 2 XL looks good and attractive.

But that doesn’t end all of the Pixel 2 XL’s woes. The blue tint when viewed off angles remains a real problem and there’s really nothing Google can do about it, since it’s a hardware issue. You’ll see the colour shift from slight angles, which may still put you off.

Should I buy the Pixel 2 XL?

While our verdict on the Pixel 2 XL doesn’t change with this update, the new display settings does take its rating up from 75 to 76. Since Google can’t fix the blue tint, the phone remains somewhat underwhelming in our opinion, though it has an exceptional camera. Considering the display alone, the Pixel 2 XL doesn’t hold a candle to the iPhone X or Samsung Galaxy Note 8.

What else does the update bring?

Barring the colour modes, the update also adds measures to avoid screen burn-in. The screen brightness has been reduced by a very slight margin, which you won’t notice at all. Other than that, the navigation bar now fades out whenever it is not used for extended periods.

OnePlus Nord 2 to become the first smartphone to feature OxygenOS based on shared codebase with Oppo
iQOO Z5 Pro specifications, image leak via Google Play Console listing
Realme X, 6, 6i to receive Android 11-based Realme UI 2.0 update; Realme Narzo 10A next
Lawyer’s OnePlus Nord 2 catches fire and explodes, here’s what happened next
Reliance, Google delay JioPhone Next launch, will go on sale before Diwali: All you need to know
Advertisements