Spec Comparison: Moto C Plus vs Redmi 4 vs Nokia 3 vs Yureka Black 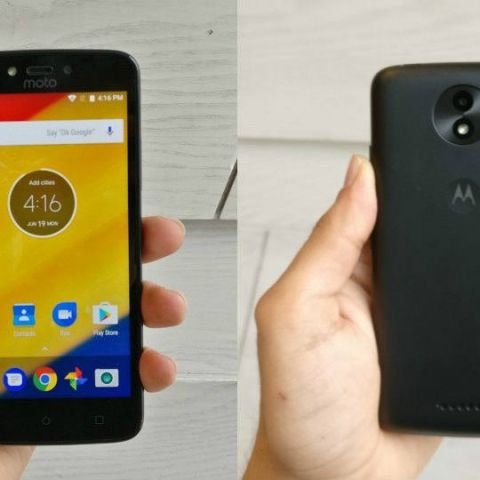 Motorola had once changed the budget smartphone environment in India, with a phone it called the Moto E. Interestingly, the company recently unveiled the fourth generation of that device overseas, but seems to be going with a whole new brand in India instead. The C series was unveiled recently, and the Moto C Plus is one of the first smartphones in it. It is also amongst the few Motorola devices that run MediaTek chipsets. The company wants you to pay Rs. 6,999 for it, positioning it as the entry level buyer’s go to device.

Motorola’s competitors here remain largely the same, but with Nokia’s recent return, there’s a new kid on the block too. Will Motorola success with this device then? It’s far too early to tell. But we could compare the specifications to competing smartphones to gain a fair idea right now.

Unlike its other devices, Nokia’s entry creates a conundrum of sorts for Motorola. While the Nokia 3 is indeed more expensive, it offers the promise of regular Android updates that Motorola has arguably built its business on. What’s more? Nokia is actually promising monthly Google patches, instead of just one big update every year, something that could give it the edge in the end user’s opinion.

Of course, we’re yet to find out if Nokia will actually live up to its promises, but the company did make a big deal of the fact that it’s working closely with Google.

Both Nokia and Motorola face this problem with their entry-level smartphones. They run on MediaTek chipsets, which haven’t been known to be very update friendly. For instance, the Moto E3 Power (review) is not going to get updates past Android Marshmallow, which it was launched on. So, Motorola has proved that its update promise doesn’t really work with its MediaTek powered smartphones.

As a rule we do not recommend buying 16GB smartphones regardless of the price point. That of course applies to the Moto C Plus, Nokia 3 and one variant of the Redmi 4 (review). The Yureka Black (review) and Redmi 4 are indeed the safer choices, at least as far as storage is concerned. Unless you’re an absolutely basic user, who doesn’t download any apps, you should stay away from phones that have 16GB storage. Big battery or not, you're buying a phone that's destined to have a short life span.