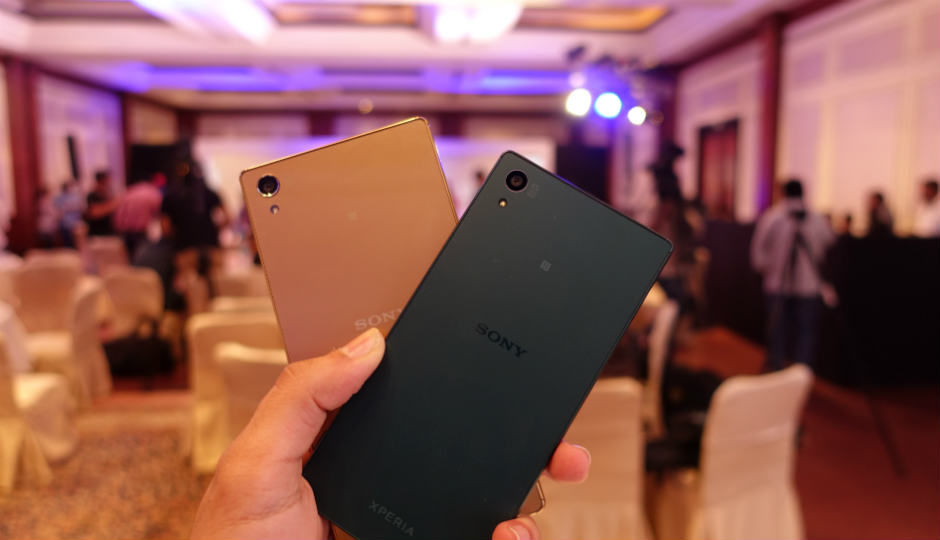 Sony is Sony! The brand name has a lot of weight when it comes to consumer electronics. I personally have had a great experience with some of Sony’s products back in the 90’s. But, that’s the catch – back in the 90’s! Don’t get me wrong, Sony has had some great products when it comes to TV’s, cameras, and of course, the PlayStation 4. But, today’s conversation is not about Sony’s product portfolio. It’s about smartphones. Sony has announced the launch of the Xperia Z5 and the Z5 Premium in India. Before you ask why Sony has not launched the Z5 Compact, it is because Sony says that their market research indicated that consumers in India prefer devices with large displays. So, lets kick things off with the grand-daddy device – the Xperia Z5 Premium.

Getting the specifications out of the way, the Sony Xperia Z5 Premium comes with a 5.5-inch 4K display. Yes, you read it right, a 4K display – a first for smartphones. Until now, we have seen a bunch of smartphones being launched boasting of 2K resolution displays, like the Samsung Galaxy S6 Edge, Galaxy S6 Edge Plus, Nexus 6P, HTC One M9 Plus, Moto X Style, LG G4, and more. Hence, if you crave the bragging rights of owning a pint-sized handheld 4K resolution display, this is the only smartphone out there for you.

Although watching 4K videos on the display was a great experience, but honestly, I would not be able to tell the difference in a smartphone display with 2K resolution, and the Z5 Premium in a blind test. Having said that, the best use case scenario that I can see for a 4K display on a smartphone, is with images. If you are clicking high fidelity images and need to see them in absolute detail, then the 4K display on the Z5 Premium makes perfect sense. We will reserve our final judgment for the display when we review the Xperia Z5 Premium, but for now, it looks stunning.

Coming back to the specifications of the Sony Xperia Z5 Premium, it comes with a 3430mAh battery. The Xperia Z5 Premium comes with a Sony Quick Charger, which the company claims can offer 5.5 hours of use with just 10 minutes of charging. Sony says that the device can last for up to two days of usage. The display is one of the biggest guzzlers of the battery, and we would like to see how a 4K display on a smartphone consumes battery under real world conditions. The device is available in Gold and Chrome variants.

The Xperia Z5 Premium is powered by a 64-bit Octa-Core Qualcomm Snapdragon 810 processor, Adreno 430 GPU, coupled with 3GB of RAM. The smartphone has 32GB of inbuilt storage, expandable up to a whopping 200GB, via microSD cards. The rear of the device has a 23MP camera, and the front has a 5MP camera. Sony says that the smartphone can focus in 0.03 seconds, and at the launch event, whatever picture I clicked with the device appeared crisp and clear. The smartphone runs on Android v5.1 Lollipop, out of the box.

Overall, the Sony Xperia Z5 Premium feels like a 'premium' device. The display is gorgeous, and the smartphone feels the way a flagship device should. We will, however, reserve our final judgment of the smartphone for our review. 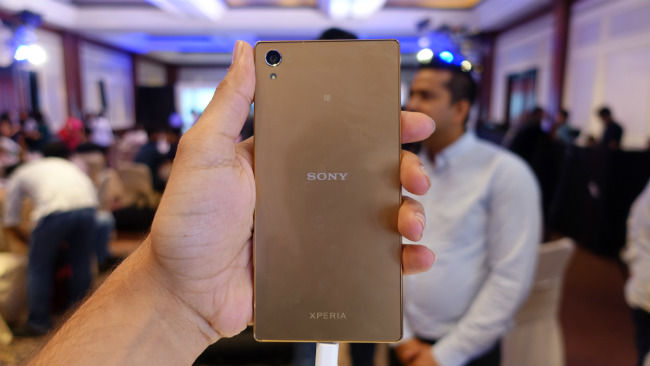 The Xperia Z5 is available in three colours – gold, black and green. I particularly liked the green colour – it has a matte finish, and stands out among the overcrowded smartphone stable. People will ask you what smartphone it is if you pull out the green Xperia Z5 in public, and that's a large section of the point behind spending about Rs. 50,000 behind a smartphone. It's different, and I like it. The smartphone feels quite compact, and since I personally prefer the 5-inch form factor, and that’s what the Z5 delivers.

In its performance, the device felt smooth and fluid. The matte back made the smartphone easy to hold as well. Apart from the appearance, ergonomics and display, there is little difference that I can point out between the Xperia Z5 and the Xperia Z5 Premium. 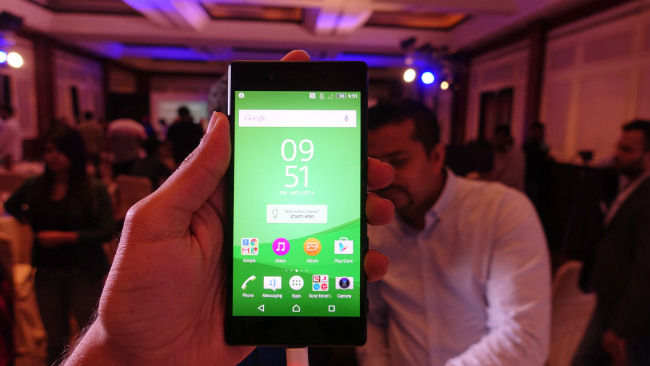 Watch our First Impression Review Videos of the Sony Xperia Z5 and Z5 Premium below.