Sony Xperia Z Ultra: How it behaves under water, and post the dip 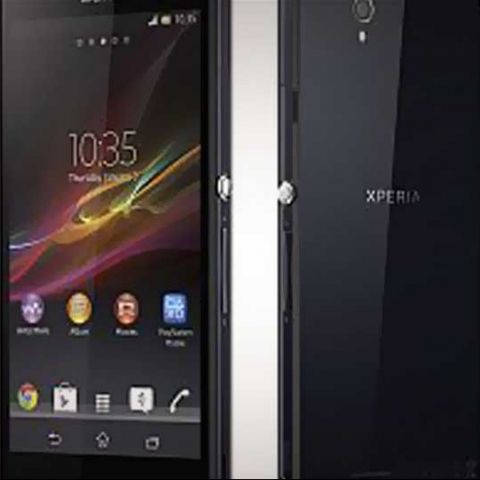 True to the traditions of the new Xperia flagship smartphones, the Xperia Z Ultra has the IP55/IP58 water resistance ratings, meaning the phone can be kept under 1.5 metres (5 feet) of water for up to 30 minutes. Even the 3.5mm headphone jack, which is the only port not covered by any flap, is water resistant. This is an upgrade over the IP55 rating of the Xperia Z, which could stay in 3 feet of water for up to 30 minutes. Apart from that, the dust resistance rating remains the same for both devices, the Xperia Z and the Xperia Z Ultra. The real positive aspect of the whole dust and waterproof resistance capabilities is that all ports are nicely covered and that gives the spine design a rather smooth look, not looking overwhelmed by all the ports and the slots.

There are often big claims about a phone’s water resistance capabilities. We didn't have doubts about what Sony was saying about the waterproof for this phone. But, just to give you a visual experience of the claims, we dipped the Xperia Z Ultra in water for around 3 minutes, with a video playing on it.

Not surprisingly, the phone emerged from the dip, alive and kicking. However, it's interesting to note that the touch will not work under water. Also, the pressure from the water is sometimes registered as a touch input, but only at the point in time the phone is immersed, as you can see when the video skipped in the timeline as the phone was being 'drowned'.

Even after the phone has been pulled out of the water, the touch input registers rather erratically. You will need to wipe it with a dry cloth, and once that is done, the touch response is back to normal. We have been using the phone since then, and it is performing normally.

Just to be on the safe side, always double check if the memory card slot, SIM slot and the charging port - all have the water proof covers properly bolted on.