Smartphones: The root of all evil? 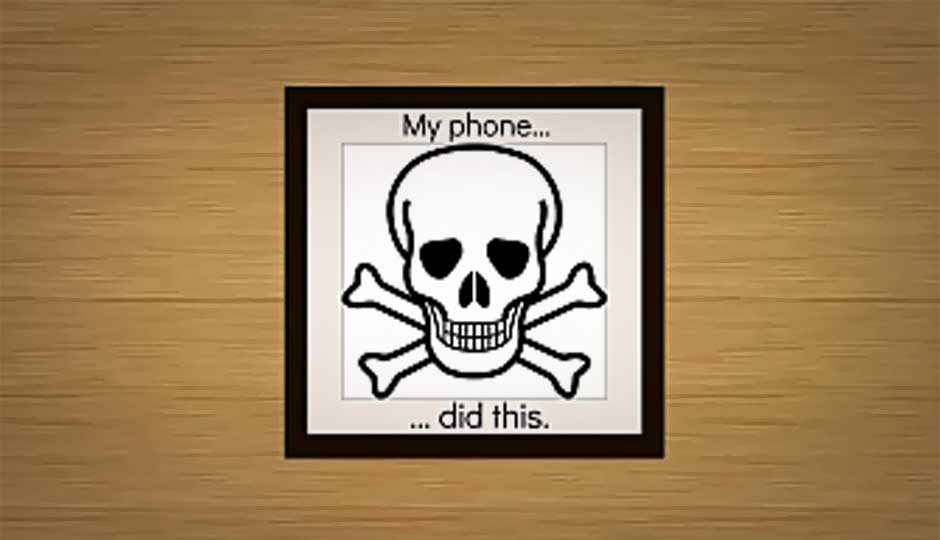 Couple of weeks ago, I realized something.

It was a routine week. I woke up on the same side of the bed everyday, answered the door at 8 a.m. for the daily milk refill, stopped at the same newsstand on my way to work, caught the same train, sat at the same window seat, haggled with the same set of auto drivers, and went about my work in the same fashion. Yes, I can be awfully boring at times, thanks for noticing.

While I was doing all this my smartphone’s battery bailed on me and my phone became useless. This was a disruption of sorts in my day-to-day routine, an unforeseen event, but not unwelcome. In the first few phone-free days, various people tried calling but couldn’t get through -- a lot of them were work-related calls which soon got diverted to my office extension (phew!). Friends and family found other avenues (mainly online) to stay in touch. Most importantly, my smartphone stopped controlling me, which helped restore some level of sanity.

I was reminded of a time when mobile phones didn’t exist.

No Twitter-ing around while I was doing something unmentionable, couldn’t be bothered with Facebook updates, and no disturbance from email pings. It was so good not to be irritated by a single telemarketer or receive calls or messages from my telecom operator. No credit card offers, no deals on government plots, and certainly nothing to disrupt my peace of mind. I sensed a positive shift in my spirits when I realized that I can get by without a smartphone.

This realization made me happy. I can’t tell you how happy I was! I almost felt like kicking myself for ordering a new replacement battery for my smartphone. Meanwhile, I refused to use an alternate phone just to cherish my time away from it.

I also realized something else. Smart or dumb, a mobile phone today demands an unhealthy amount of attention. I’m no shrink or doctor, but I hope you will relate to me when I say that we have an insatiable (almost destructive) appetite to indulge ourselves with our smartphone to an extent where we unknowingly inculcate an unhealthy, obsessive relationship with it. Kinda like an itch that just has to be scratched, you can’t help it.

According to a TOI article, smartphone addiction is not just a buzzword. Researchers have established compulsive communicating as a serious condition, and our obsession with our phone is significantly altering our brain’s perception of this device. It’s not merely an ‘addiction’ any more, we have started ‘loving’ our phone, researchers say. Dr. Larry Rosen (Ph.D) has written a book that speaks about the average American’s dangerous obsession with technology, blaming the internet connected, always-on smartphone as its prime culprit (Read his interview here). Even in a business environment, your smartphone obsession may actually be working against you, making you less productive, according to a recent article in the HarvardBusinessReview.

So, the jury has given its verdict: Smartphones are a nuisance. Five or six years ago, I remember reading a repetitive stress injury (RSI) related story titled “Stop! Your PC Will Kill You!” We are now facing a situation far worse: Not only can your smartphone harm you, but the physiological, psychological impact will be significantly greater than what RSI can ever inflict.

For your own well being, it’s important to know when to unplug from your phone. Smartphones are part of our lives, whether we like it or not. But in our mad rush to explore the length and breadth of our smartphone’s technology capabilities, we have invested and surrendered a lot into these devices. It’s important to take a breather once a while and slowly wrest that control back where it rightly belongs.

Trust me on this but after having personally tasted phone-free bliss for about a fortnight, I can tell you that there’s nothing like it. Maybe I exaggerate -- shrimp cocktails are equally good, by the way -- but I hope you get the point. Stop loving your phone so much.

iPhone 14 To Get A Pricier Selfie Camera, But The Phone's Cost Could Be Hiked
Motorola’s first 200MP phone will launch in July, could it be the long-rumored Moto Frontier?
Oppo Reno 8 series launches with a 50MP triple camera setup and 80W fast charging
iQOO Neo 6 5G to launch in India on May 31: Everything you need to know
Xiaomi and Leica’s partnership will bear fruit in July 2022: Could it be the Xiaomi 12 Ultra?
Advertisements