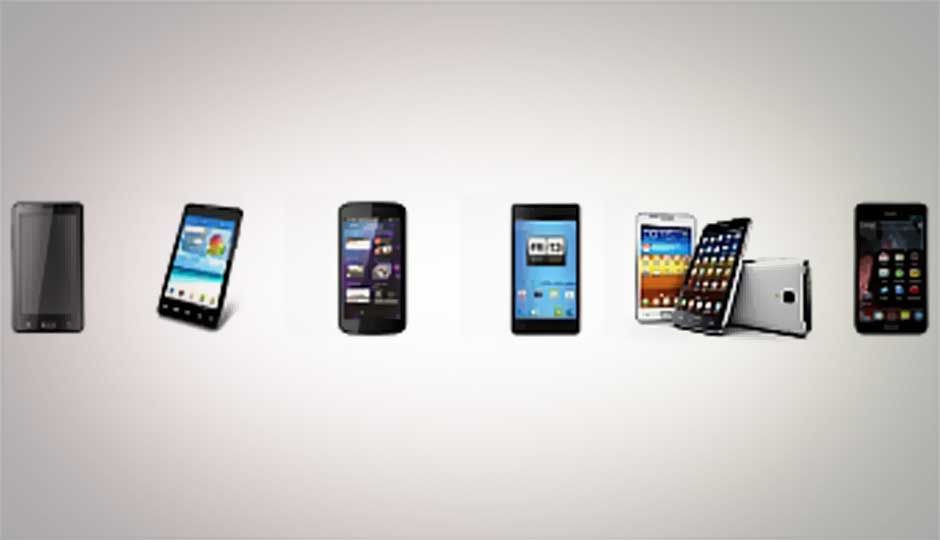 The Dell Streak may have started the tablet revolution but it was the Samsung Galaxy Note that made the phablet category successful. It is 2012 and we have three major players in the phablet market. The leader of course is Samsung with the recent launch of the Galaxy Note II.

Priced at Rs. 36,999 the Note II is certainly now cheap. An Exynos 4412 Quad Core 1.6GHz processor powers this beast along with Mali-400MP graphics. It has 2GB of RAM, with 16GB of built-in storage that is expandable via microSD card (support up to 64GB). The display is a 5.5-inch (1280 x 720 pixels) Super AMOLED one with Gorilla Glass 2. The rear houses an 8MP camera and the front has a 2MP camera for video chat. The Note II runs on Android 4.1 Jelly Bean straight out of the box.

The other phablets available in the market are the LG Optimus Vu and the HTC Droid DNA. These devices haven’t created much excitement in the market though. The market is flooded with consumers who would like to own a phablet (a single device for their mobile and tablet needs) but simply aren’t willing to pay more than Rs. 35,000 for it.

This gap has paved a path for the budget phablet. Just like the first generation of Android budget tablets, these devices aren’t perfect but they do offer some interesting features such as a 5-inch display, dual-SIM capabilities, front and rear camera and a satisfactory smartphone and multimedia experience.

Here’s taking a look at six budget alternatives to the premium phablet.

From the above table it’s clear that there are quite a few specifications that are same across all the devices. First of all, all the budget phablets sport a 5-inch display. All the devices except the Micromax Canvas 2 A110 have a resolution of 480x800 pixels. The A110 has a resolution of 854x480 pixels. This bumps up the pixel density of the A110 to 196ppi when compared to the other phablets on the list, which are 186 ppi.

The Micromax Canvas 2 A110 has 2GB of built-in storage, whereas the others provide 4GB. All the tablets offer expandable storage up to 32GB via a microSD card.

The resolution of the cameras on these budget phablets too is impressive. The Micromax Canvas 2 A110, Zync Cloud Z5 and the WickedLeak Wammy Note all boast of an 8MP camera. The iBall Andi 5c and the Spice Stellar Horizon have a 5MP camera, which is the lowest on this list. Kobian Mercury MaqiQ however has the camera with the highest resolution – 12MP. We will comment on the performance of these cameras once we have spent some time with all the devices.

Even though the RAM is the same on all these devices, 512MB, it seems like the Micromax Canvas 2 A110 and the Spice Stellar Horizon will perform better than the rest. This is because these two devices boast of a 1GHz dual-core processor whereas the rest of the budget phablets on the list have a single core 1GHz processor.

All in all, it’s safe to say that the first generation of budget phablets are off to a good start. They offer the specifications that are standard among budget Android smartphones, with the advantage of a larger display. However, we are yet to see a budget phablet offer something else unique that distinguishes them from your average Android smartphone.

The Galaxy Note II has the S-Pen and there are a lot of apps that take advantage of the features of the pen. The Note II also gives users the ability to run multiple apps in split screen simultaneously. It will be a while before we see such features replicated on a budget phablet but it would be nice to see a device that offers something different in terms of features and functionality.